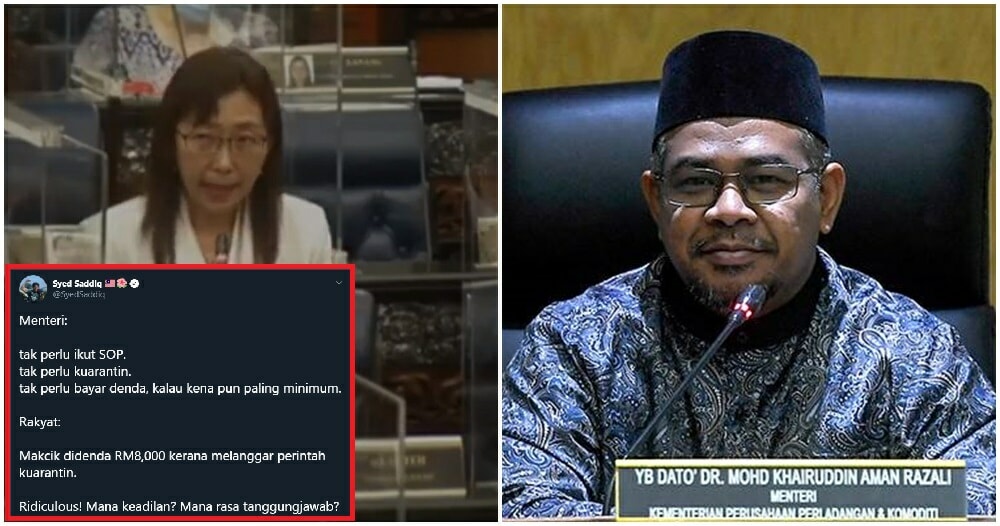 During a Dewan Rakyat session yesterday, Seputeh MP, Teresa Kok claimed that Datuk Mohd Khairuddin Aman Razali, the Minister of Plantation Industries and Commodities, visited Turkey between the period of 3 July – 7 July and broke the mandatory 14-day quarantine ruling when he attended a Dewan Rakyat session on 13 July.

“We know that whoever goes overseas needs to undergo quarantine for 14 days. But this minister did not comply with the quarantine rules,” said Kok in a statement recorded by FMT, while adding the question of whether the Ministry of Health or parliament would take action against him.

On that same day, Syed Saddiq took to Twitter to call out the government for their injustice in charging outrageous fines to the rakyat for breaking quarantine rules but not doing the same for ministers who openly break SOPs and quarantine orders.

Ridiculous! Where is equality? Where is the sense of responsibility?”

Saddiq was referring to a 72-year-old woman in Ipoh who was fined RM8,000 and sentenced to one day in jail at the Ipoh’s Magistrate Court on 14 August when she defied the Home Surveillance Order. 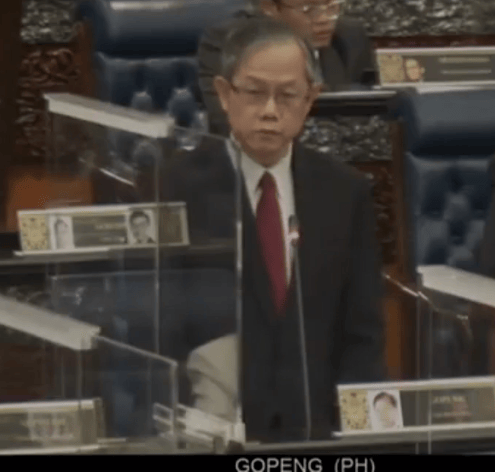 When the issue was brought up in the parliament, former Deputy Minister of Health, Lee Boon Chye added, “In the government’s enforcement of SOPs, there should be no double standards.” This was strongly supported by Jelutong MP, RSN Rayer, who requested that action be taken against the minister due to the health risk he possibly imposed on others.