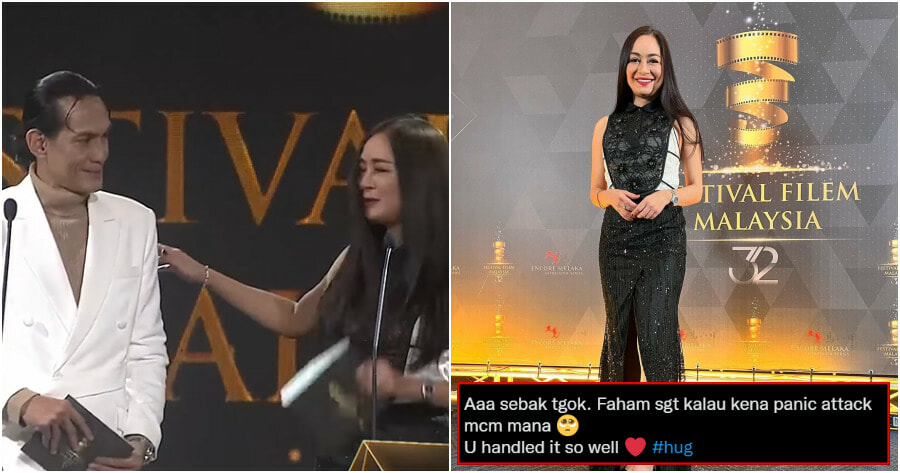 We are witnessing a silent pandemic of mental health disorders among children, young people and adults in the wake of conflict and the Covid-19 pandemic which has undoubtedly made things worse.

Although the issue is being seen as less and less taboo to talk about in our society, people often keep to themselves and suffer in silence. 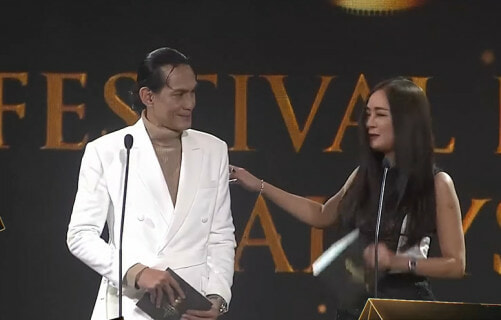 While she was reading out the nominees for the Best Actor category together with fellow artiste Faizal Hussein, it was clear from her body language and voice that she was uncomfortable.

The 43-year-old award-winning actress could be seen struggling to compose herself on stage as she had to hold on to Faizal’s shoulder for support in order to keep her balance as well as take off her high heels at the time.

Although it was previously unclear what had happened on stage Maya has recently revealed that is was due to a sudden panic attack.

In a social media post the next day, Maya wrote, “Maybe there’s an award soon for barefoot award presenter FFM. I had to take off my high heels or else I would’ve collapsed. Needed to feel my feet on the ground. I was dying inside but Faizal got me through it.”

In an interview with Harian Metro, Maya revealed that she also refused to follow through the role of co-presenter because she had experienced a ‘panic attack’ before even going on stage.

She said that she had already asked Faizal to appear alone to announce the 2 main categories which are Best Male Actor and Best Female Actor.

“Before going on stage, I already talked to Faizal about whether he could announce the 2 main categories alone. However, he persuaded and convinced me that I could do it and asked me to stay calm. So I talked to myself and tried to be strong. “

“However, as soon as I was on stage my mind started to get distracted looking at the audience and the camera,” she said.

“I don’t know how it happened. These panic attacks happen suddenly and quite frequently whenever a stressful situation is about to happen,” added Maya.

The show must go on

Despite the panic attack she suffered, she went on to firm it and present the awards to the best of her capabilities. On social media, her experience has amassed plenty of attention as Malaysian rallied to support the actress.

“Taking off your shoes is one way of grounding. Grounding is an effective way to calm anxiety during panic attacks as it helps you recognise where you are. It creates a sense of comfort.”

“You did very well, Maya! You did such a great job on the big stage,” it said in a statement on Facebook.

Have you ever experienced something similar? How did you handle it?

Also read: 5 Other Mental Illnesses M’sians May Suffer In Silence Other Than Depression & Anxiety