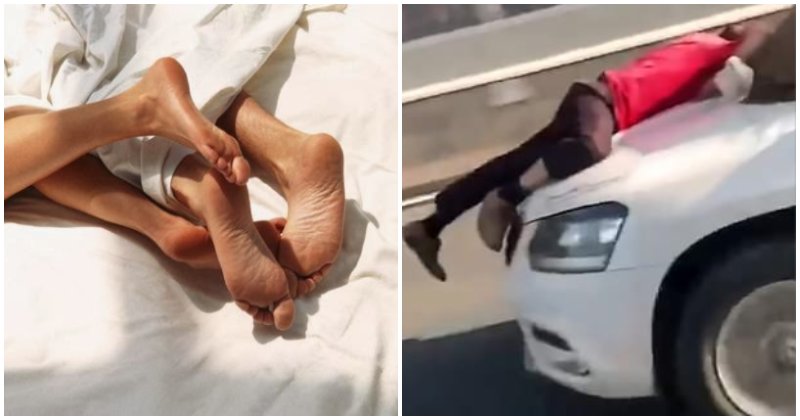 Love hurts. Both emotionally and physically.

Well, perhaps physically only applies to this Singaporean man who had followed his wife as he suspected she was having an affair. And he was right.

He had followed her to the Fragrance Hotel Kovan at Upper Serangoon Road, where he waited an hour for her to come out so that he could catch her red-handed. He asked a friend to watch the front entrance while he waited at the back. 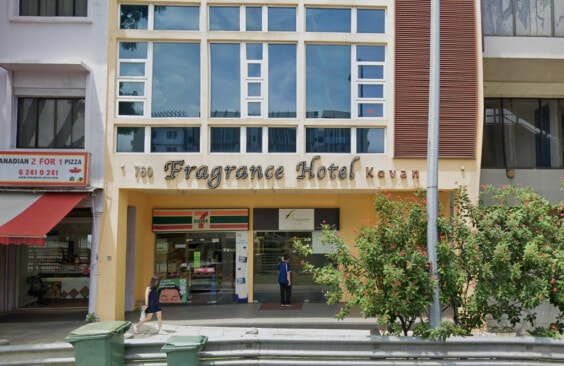 Eventually, he spotted his wife getting into another man’s car as she came out of the hotel and confronted them. He tapped on the man’s window, asking them to get down from the car, but instead of obliging the husband, the wife’s secret lover, Desmond Koh Wee Boon, decided to drive off with the man still holding onto the car door.

At one point, the husband did fall off the car and suffered abrasions on his palms and elbows but managed to get onto the car’s bonnet and clung onto the windscreen while yelling at a Grab driver and his passenger to call the police, as according to the Straits Times.

For about 40 minutes, Desmond took the husband on a 7km car ride through the city while the husband was still hanging onto the car. Desmond sped up to over 70km/h while breaking every few minutes to try and shake off the husband. 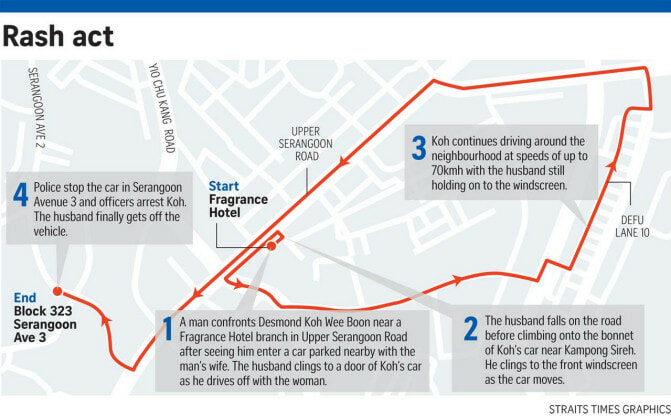 At about 3:04am, the police managed to locate and arrest both men.

The husband had fainted due to hyperventilation at the police station and was rushed to the hospital. He was released without any charges.

Desmond, on the other hand, was charged with 11 months in jail and is not allowed to operate any vehicles for the duration of 2 years.

The judge who had sentenced Desmond said that he had every opportunity to stop the car, adding that the distance he had driven, and said that intermittent braking added to the danger and that fear is no excuse.

The husband should have just let the wife go, I mean, would she jump on a car for him?

Also read: This Actress Found Out That Her Husband’s Cheating On Her… With Her Mom! 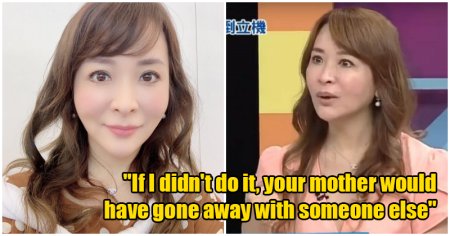