Today (24 September), the people of Maldives have the opportunity to experience what we Malaysians felt on the night of 9 May 2018, because their ruling government has just been overthrown!

According to Al Jazeera, opposition leader Ibrahim Mohamed Solih had beaten President Abdulla Yameen in the latest presidential election after Solih secured 58.3 per cent of the popular vote. 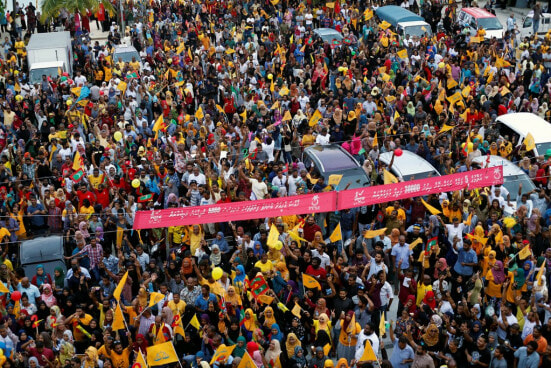 “I would like to call upon President Abdulla Yameen and ask him to respect the will of the people and immediately begin the smooth transition of power,” Solih said at the news conference at midnight.

This unexpected victory has crushed Yameen as he was aiming to be the President of Maldives for the second term. If we’re honest, the situation in the Maldives was very much similar to our country during the election period.

That’s because the incumbent president was accused of: 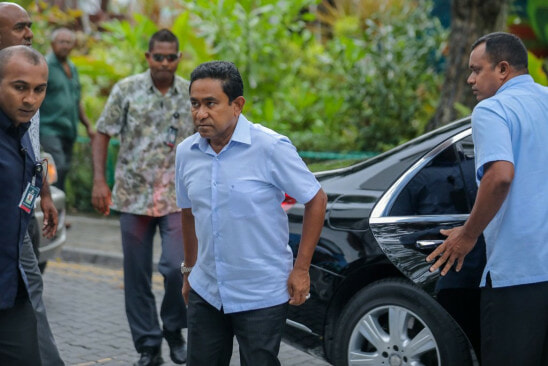 While we see the Maldives as a paradise for divers, the Maldivians saw it as an oppressive country. President Yameen has been described as an autocratic leader ever since he came into power in 2013. It was reported that he had jailed his political rivals including his half-brother, Maumoon Abdul Gayoom who ran the country for 30 years. As such, the opposition leaders including Solih himself fled into exile fearing for their safety.

Just so you know, upcoming-president Solih is a senior lawmaker from the Maldivian Democratic Party (MDP), and funnily enough, the party’s flag bears a remarkable resemblance to Barisan Nasional’s logo. 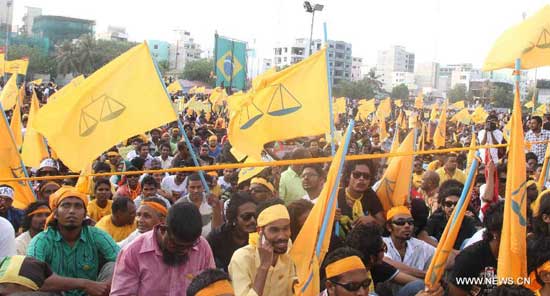 We’re sure the Maldivians have made a right choice and hopefully, the new government under the leadership of Solih will take the people’s interest as top priority, as how our former prime minister used to say, “Rakyat didahulukan, pencapaian diutamakan”.

Also read: Tun M Gets Chauffeured in China Using ‘Red Flag’ L5, a Limo Only For The Most Honoured Leaders 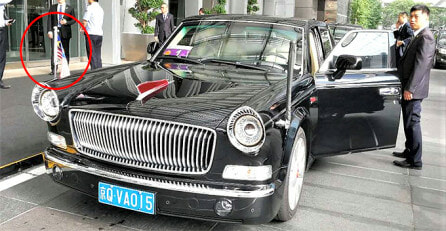