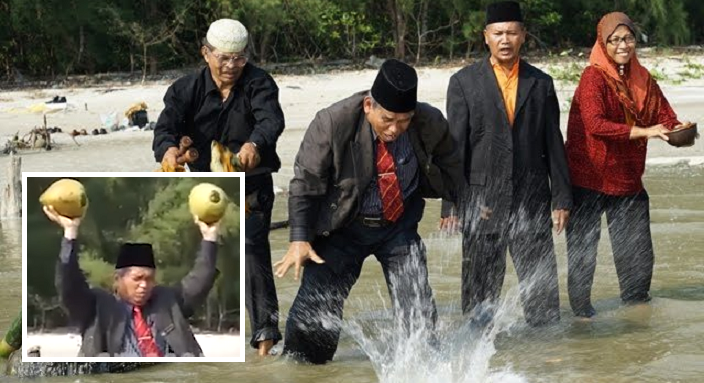 Guess what, folks! Malaysia is once again in the running for the title of ‘Funniest Country On Earth’.

Our favourite Raja Bomoh Sedunia (World Shaman King) decided to volunteer his services to help Malaysia during this time of need. 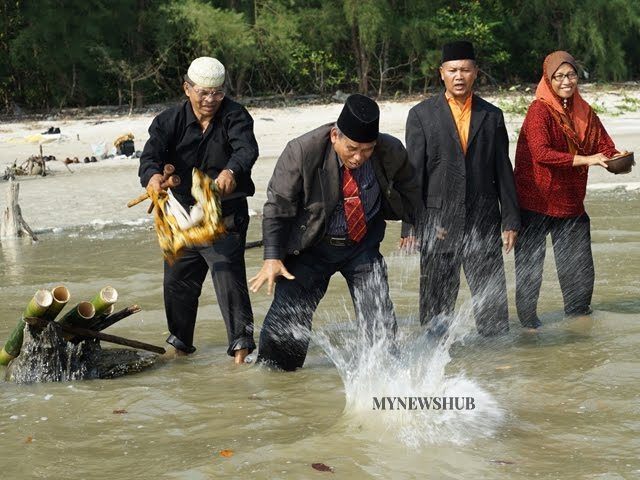 After the whole fiasco with Kim Jong Nam’s horrifying murder in KLIA, relations with North Korea has worsened. And now it seems like North Korea might just launch a nuclear attack on us.

But fret not, people! The Raja Bomoh, Ibrahim Mat Zin, will protect us from such attacks. A video of the shaman recently went viral where he and 3 other people were on the beach conducting a ritual, The Star reported.

In the 3 minutes and 18 seconds video, the 4 people were ankle-deep in the water holding coconuts, a pair of sticks, bamboo cannons, a carpet, and a bowl of seawater.

Just like before, the bamboo sticks were used as binoculars! 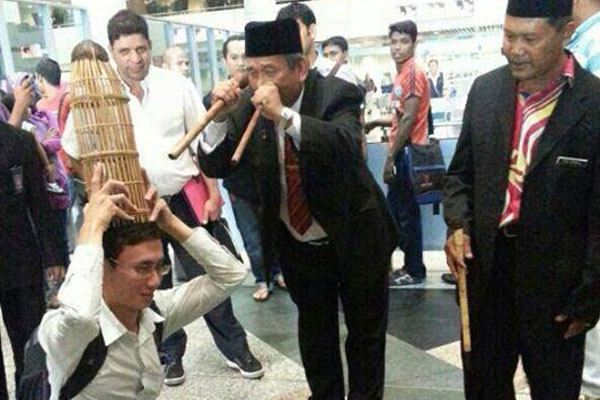 source: in the mind of a childlike

Besides that, Ibrahim can be heard reciting prayers throughout the whole process. At the end of the video, the bomoh threw the coconuts into the water.

Apparently, you are not allowed to conduct this ritual at home.

The shaman told the press,

“This time, the ritual is to protect Malaysia from any threat or attack from other countries especially North Korea.”

“Besides that, the ritual is also to soften the North Korean Supreme Leader’s heart so he will release the 11 Malaysians immediately and resolve this (Kim Jong-nam assassination) situation.”

Ibrahim explained that this whole ritual is just a cautionary measure so that all the problems with North Korea will be worked out soon. 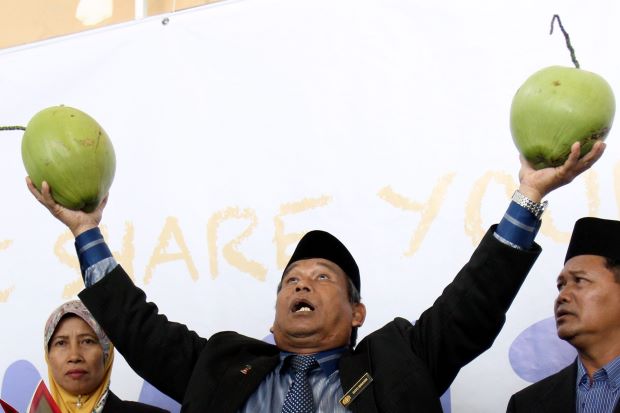 When netizens found out about this news, many felt ‘safe’ thanks to his protection. Many sarcastically wrote in the comments section,

“I feel much safer now. Thanks Raja Bomoh Kelapa!“

Others just made fun of his ‘success’ of the ritual.

“With him, North Korean soldiers have laid down their weapons due to stomach cramps from laughing too much.”

I suppose that Malaysia will be winning the title of ‘Funniest Country On Earth’ soon right?

Also read: Malaysia And North Korea Are Banning Each Other’s People From Leaving The Country 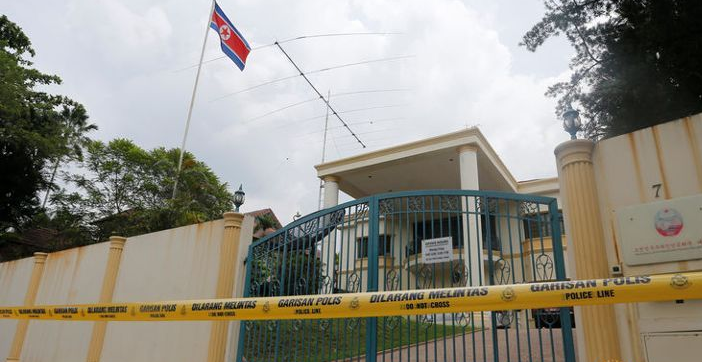