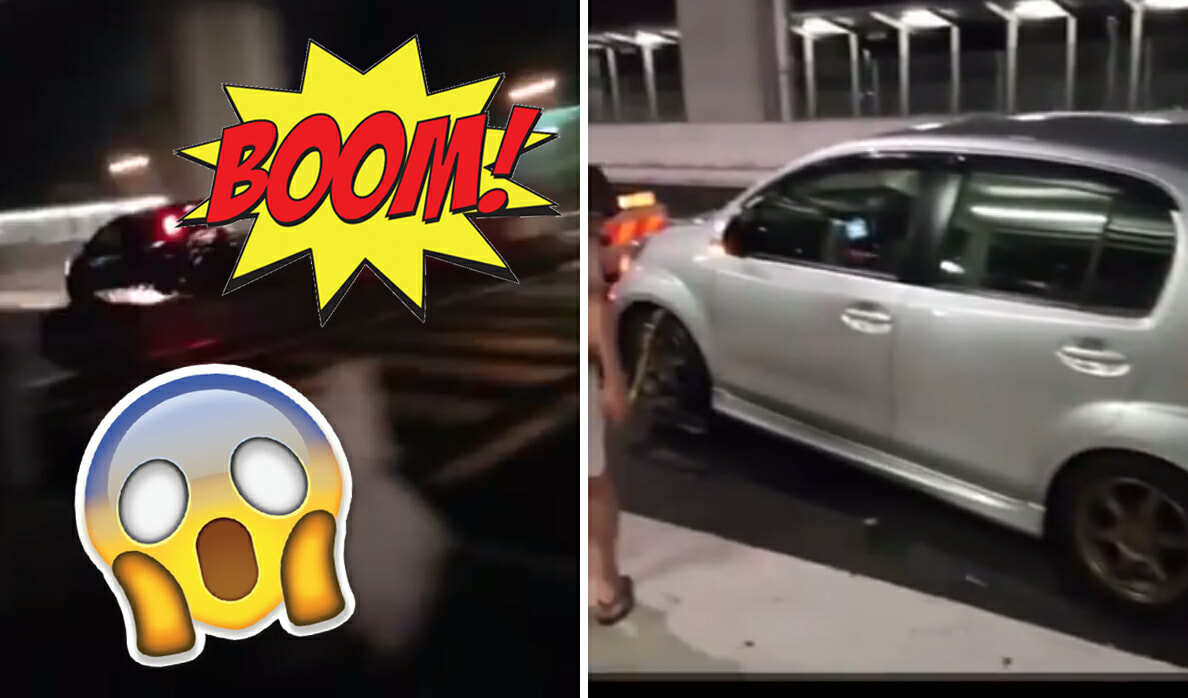 There’s a new speed bump in town and it has gotten the internet, specifically most residence of SS14 and SS18, in an uproar.

The infamous road hump is built along Jalan Jengka and is garnering much media attention with the damage it is causing to its road users. The public are discontented with its absurd design of being “too steep” as well as the absence of proper signboards as a warning to incoming users.

In a Facebook post, Nathanael Koh has uploaded the 20-seconds video showing several cars speeding over the bump at night. These cars were literally taking flight over the inclined ramp. Whether they were aware of the speed bump or not, it definitely didn’t seem like it. The video shows the drivers immediately jumping on the breaks upon collision of the gravel with the undercarriage of the car. Ouch!

That heartbreaking ‘bang’, be it a metal screech or a blunt ‘bump’ is a heart-dropping experience enough to bring ANY driver to tears or to an outrage.

This post has brought up an ongoing debate, whether it is indeed the fault of the design, or the drivers who drove too fast.

Some argued that the lines of the speed bump should be painted horizontally to enable drivers to have a clear vision of it. However, some said that the drivers shouldn’t be driving that fast in the first place.

Here’s what some users have to say about it!

1. The people: The inclined speed bump is too steep!

“Although I agree that there is a need for a speed bump there, the design is done really badly for this case, first off the angle for the incline is very sharp, even if you drive slowly you can feel the bump’s impact on your car, secondly if the car is low chassis car, it will also easily scrap the bottom of the car, Furthermore it is hard to see the bump at night and the lack of signs do not help at all”

2. The people: There is insufficient signage and warnings for the new bump! Also, it is not very visible at night.

“Signboards must go hand in hand with the bumps. Not just paint the lines. That’s the proper way. Yes, the motorist here speed like mad but that should not be the excuse for incompetent work.”

“The design is according to specifications and has been approved by MPSJ and the Road Safety Auditor“.

“Motorists should slow down instead of speeding up before a pedestrian crossing. The raised table is already painted with zebra crossing. The speed limit along Persiaran Jengka is only 50km/h but most cars were travelling beyond that,” he said.

He also added saying, “Work is still in progress.  We will be installing the crossing stop lights and road signs before the end of this month.”

Well, the cars in the video sure look like they have suffered a low blow. Check it out below and let us know what you think: