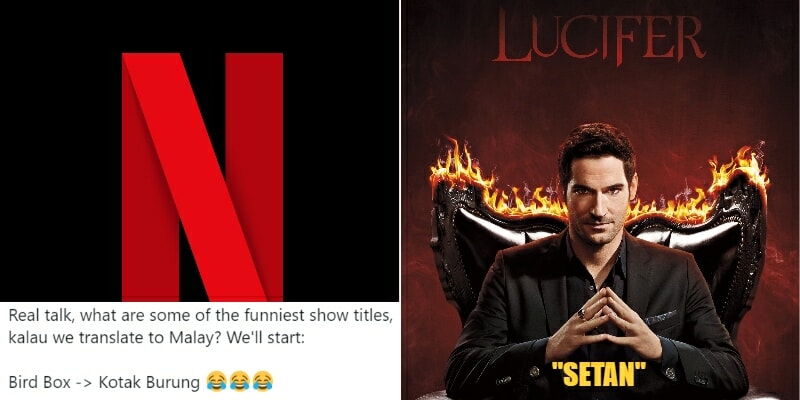 Sometimes, Malaysians can be baffling.

One minute we’re making fun of other peoples’ languages because it means something funny in Malay, then the next, we’re getting angry because someone is apparently ‘making fun of the national language’.

Real talk, what are some of the funniest show titles, kalau we translate to Malay? We'll start:

They wrote, “Real talk, what are some of the funniest show titles, kalau (if) we translate them to Malay? We’ll start, Bird Box > Kotak Burung.”

But what seems like an innocent attempt at online Malaysian humour was received badly by Malaysians, as they believed that it was an insult to Bahasa Melayu, the national language of the country.

Others, however, showcased their dissatisfaction. 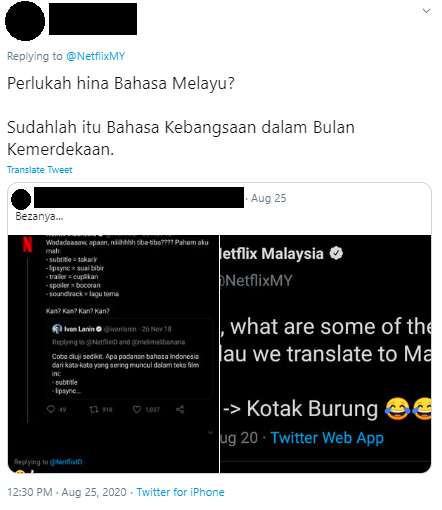 One netizen wrote, “Is there a need to insult Bahasa Melayu? Never mind the fact that it’s the national language and it’s our Independence Month.”

Many other netizens followed suit.

This netizen wrote, “An extreme act and degrading the language of the ancestors.”

But, is it really though?

In response to the backlash, many other Malaysians shared their belief that Netflix Malaysia’s posting was completely taken out of context as it was just meant to be a simple, yet fun game Malaysians could participate in.

“Don’t you think you might be overreacting, brother? I think the game they’re playing isn’t rude in anyway,” wrote one netizen replying to a Malaysian who cancelled his Netflix account after seeing their posting. 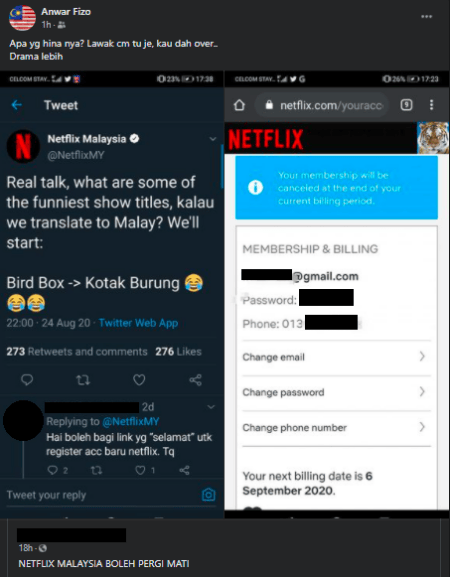 Anwar Fizo shared, “What is so insulting? It’s just a joke. You’re being too over. Over dramatic.”

Considering the fact that Malaysians are the one who made insensitive comments to not only Dua Lipa, but also to TikToker, Nadia Zuniga and Kpop artiste, Babi just because the word ‘babi’ because it means ‘pig’ in Bahasa Malaysia, we should be the ones learning to respect the language of others.

‘Babi’ is also the Albanian term for ‘father’, which Dua Lipa, who was born to Kosovar Albanian parents, used to wish her father happy birthday in an Instagram posting. Instead of being greeted with well-wishes, Dua Lipa was met with insults by Malaysians. 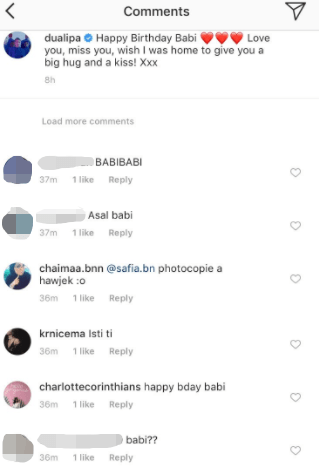 She then later edited the word ‘babi’ to ‘dad’.

Did Malaysians not consider the fact that they’re insulting Lipa’s ancestors, just to make some insensitive jokes? Yet, it’s offensive to engage in some inter-lingual wordplay.

We honestly don’t see how Netflix Malaysia was being rude or insulting in any way, as it truly does just seem like an attempt to interact with their followers and subscribers while laughing at how some show titles sound ridiculous in Malay.

Plus, if you really think about it, isn’t it more like an insult to the English language than it is to Bahasa Malaysia? After all, we’re laughing about how English titles sound funny in Malay.

But, that’s just our opinion. What’s yours?

Do you think Netflix Malaysia’s posting was out of line? Do you think Malaysians are taking the posting too seriously? Let us know in the comment section!