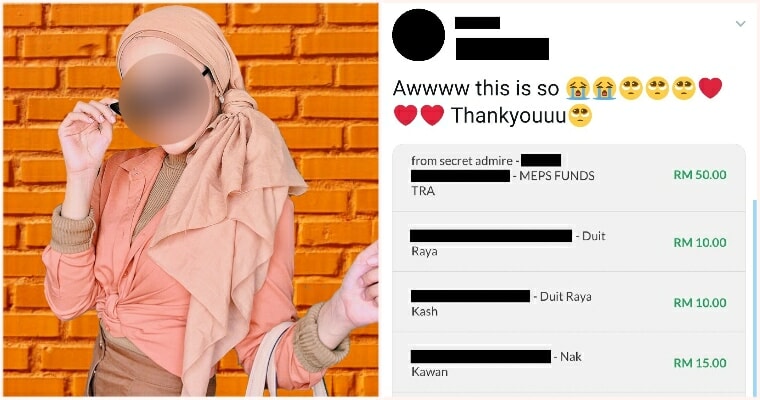 It’s no secret that there are a lot of people struggling during this Conditional Movement Control Order (CMCO) season, hence it is important for us to help those in need.

Cas. (@mrlucaz) took to his Twitter profile to showcase an influencer who has apparently been asking her followers for ‘duit raya’ or monetary contributions for Hari Raya, in which she also showed off how Malaysians were donating to her.

He wrote, “Proven that e-beggers have it easier when they’re girls. They’ll name it ‘duit raya’, so that useless men will flock to transfer RM10. Hahah stupidity.” 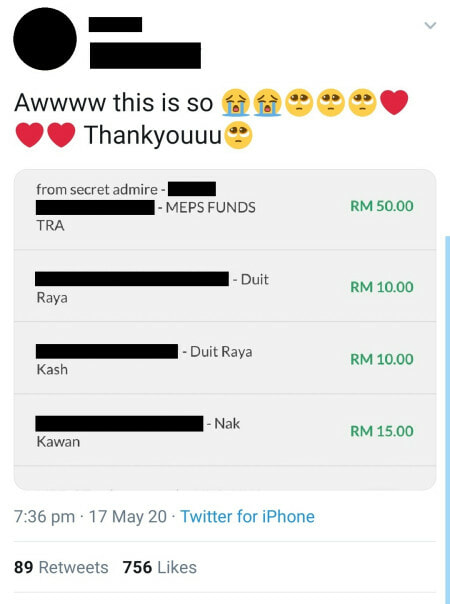 Outraged netizens took to the thread to leave their opinions of disapproval for both the influencer and the people who donated to her.

This comment reads, “She showed off how she spends RM30,000 on shopping a month but she begs for money. Eww.”

This comment says, “This sort of attitude is damaging. Not shy about herself, living a luxurious lifestyle off of other people’s money.”

This comment goes, “RIP to all the men who banked in to her only to end up getting ignored.”

She has since deleted all postings regarding ‘duit raya’ donations to her.

There are so many out there who truly need the donations so that they can feed their families, instead of sadly watching them go to sleep hungry every night.

If only Malaysians were willing to donate to them like how they donated to the influencer, we might be able to save more people from the brink of starvation.