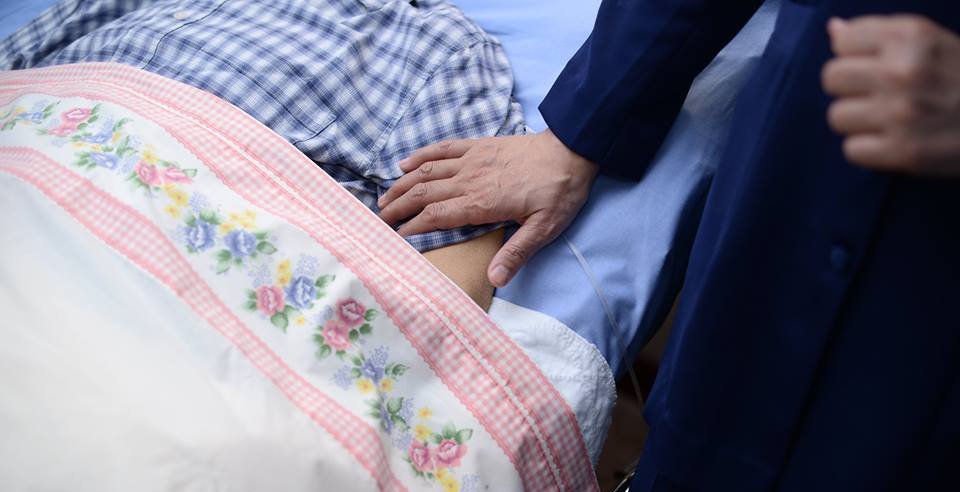 Special days are meant to be shared with our loved ones, especially family members. In Asian culture, family always comes first regardless the situation.

This particular couple decided to sacrifice a posh wedding just so they could have the groom’s dying father witness the beautiful ceremony. 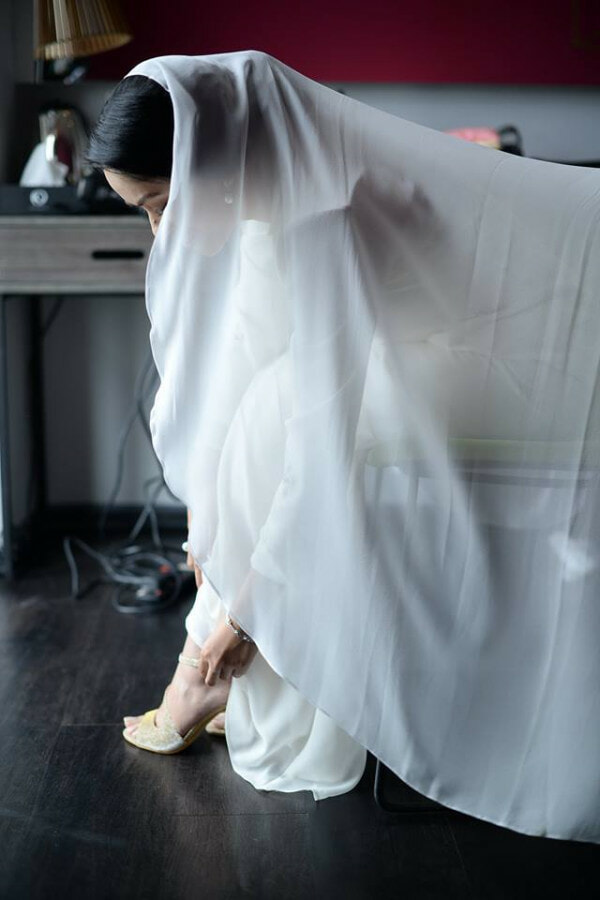 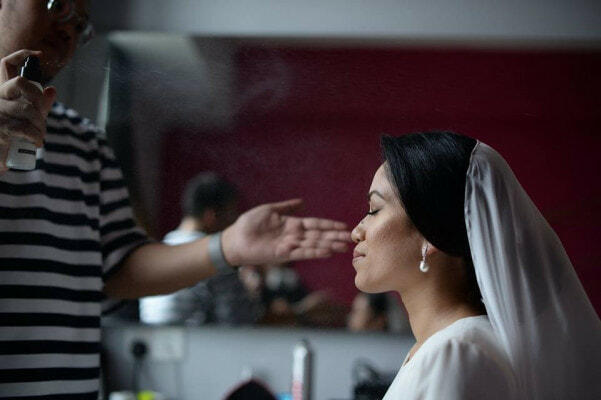 Ayul Rahman from Dreamy Weds Company is a photographer who was blessed enough to be involved in the couple’s lovely wedding. He shared the incident and some photographs onto Facebook which understandably went viral.

“Today is a historical day for me after being in the photography industry for 7 years. I received an inquiry to cover a marriage in Hospital Selayang at the last minute.

“The marriage was sped up due to the groom’s father who was very sickly.”

The photographer snapped away throughout the event and produced some very beautiful shots. Everyone had smiles plastered on their faces. 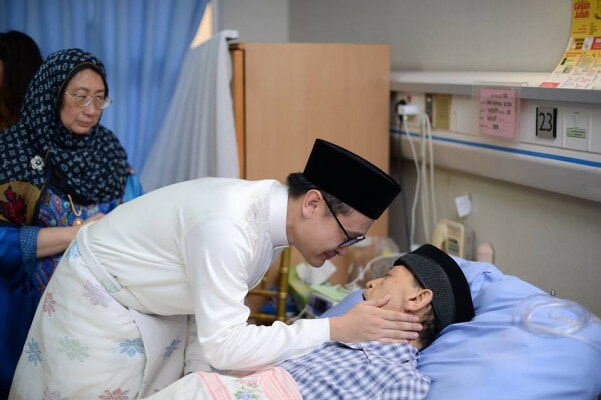 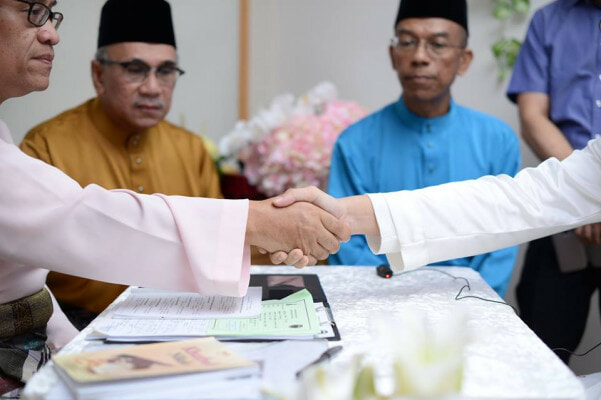 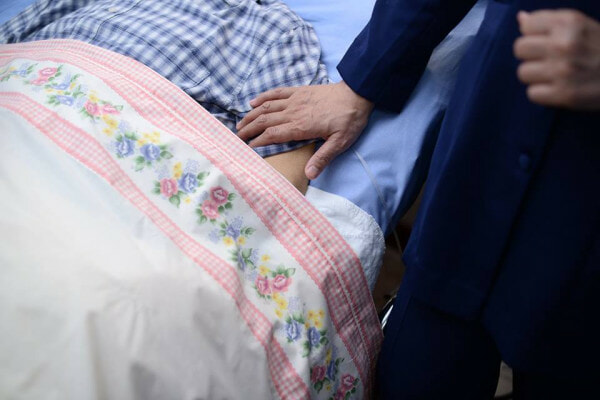 The elegant affair took place in Hospital Selayang on September 20, 2017.

The hospital room became a livelier space as they decorated the place with flowers, pretty curtains and classy chairs. Even the groom’s father who was laying in the hospital bed had a pretty blanket to cover him.

Unfortunately, the happiness was short-lived.

“Right after the event was done, the family received an emergency call from the doctor who asked them to return to the room immediately.

“This was because the father was in critical state. A few minutes after that, the groom’s father breathed his last breath.

“A truly bittersweet memory for the couple.” 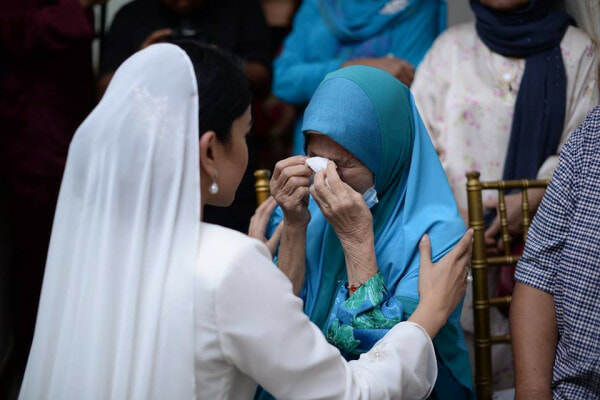 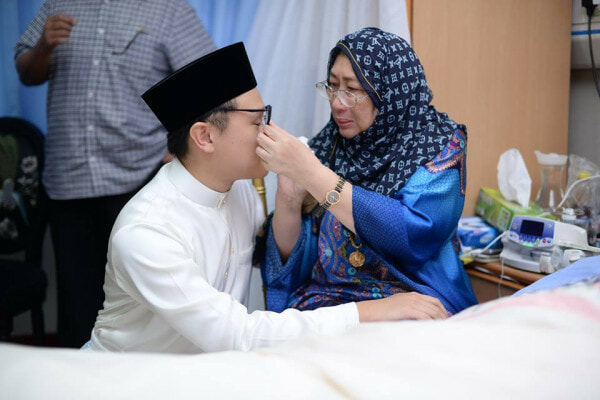 Though the story was woeful, the pictures were far more heartbreaking as the emotions of the family members and attendees were clearly captured.

Netizens who saw the pictures grieved on behalf of the couple too. Some of them gave their condolences while others shared warm wishes for the newlywed.

“I’m in tears so early in the morning. Condolences to the loved ones. May the deceased be placed with those who are devout and good-doers. And may the couple be happy always and appreciative of their married life.” 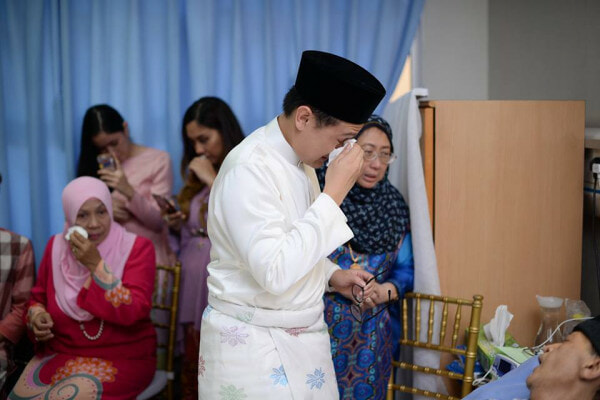 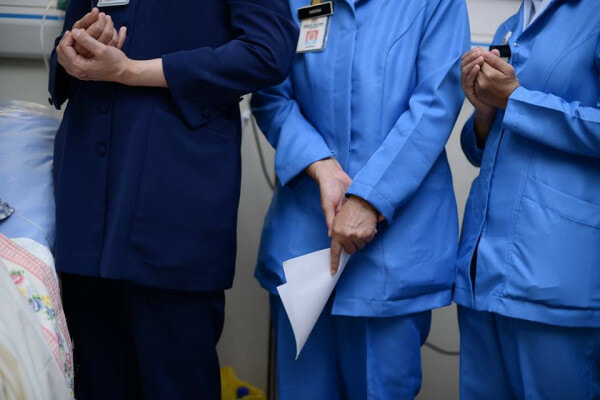 These days, people are crazy about having weddings done in atas locations with the best decorations. However, in the end, what truly matters is being with our loved ones.

Have you said ‘I love you’ to your beloved today? Remember to do so! 🙂 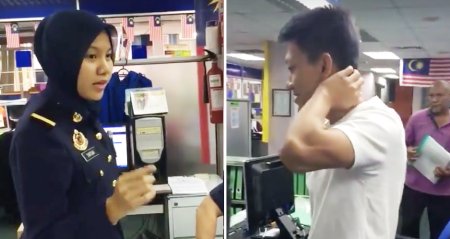