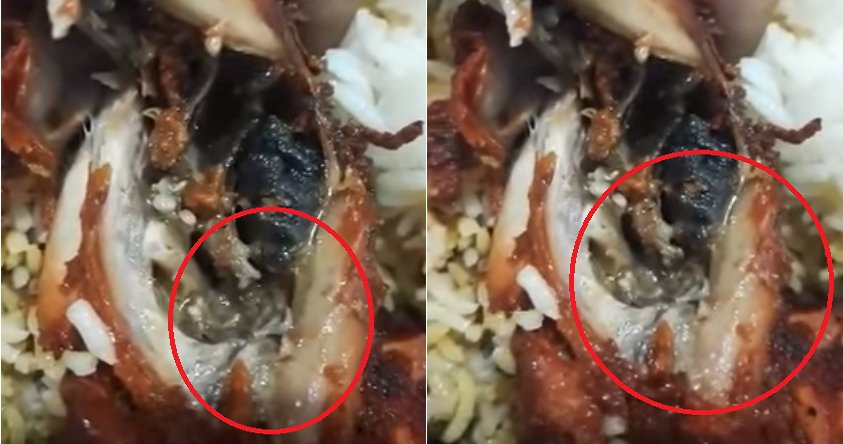 One of the worst things that can happen to you when you are enjoying your meal halfway is to discover that there disgusting bugs or worms inside, which can really cause you to lose your appetite in an instant.

That is exactly what happened to a Malaysian woman who just wanted to eat her dinner but unfortunately (or perhaps it was fortunate) she found that the fried chicken she bought had some worms that were very much alive. Eeww, that is horrible! 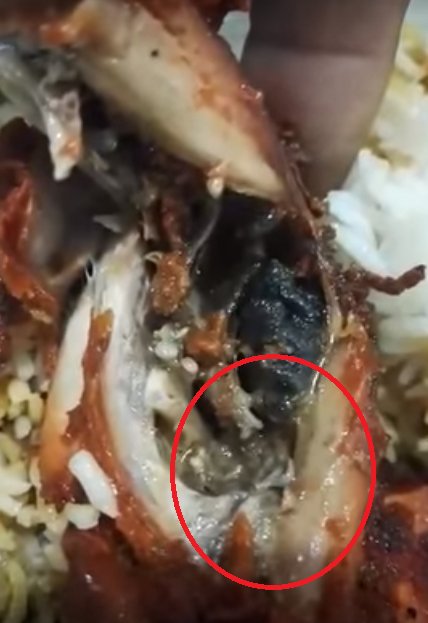 According to Chinapress, the lady, Ms Chen went to takeaway three packets of nasi briyani from a newly opened mamak store in Kuantan at around 7.00pm. She purchased some fried chicken and lamb curry along with her meal for her parents as well. 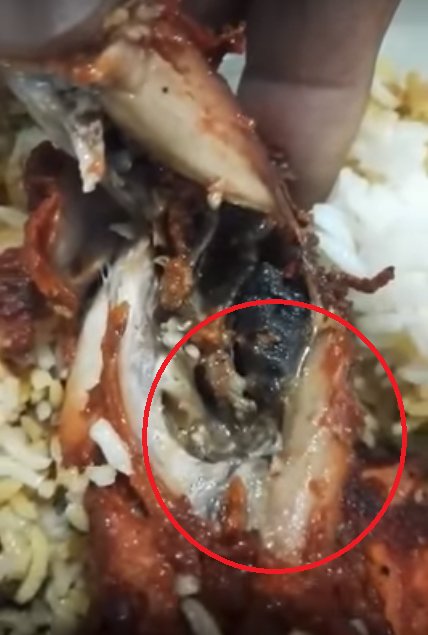 However, just as her father was eating the first few bites of the nasi briyani, she opened the fried chicken packet and to her horror, she reportedly found some worms that were wriggling and “dancing” inside the fried chicken. That is unbelievably gross!

Disgusted, her father immediately stopped eating and they took the packets of food back to the mamak store to complain.

She said that the staff at the restaurant could only apologise and refund her money but as Chen was still repulsed by the sight of the worms, she decided to make a complaint to the authorities. They informed her that they would investigate accordingly.

Remember to thoroughly check your food before eating, people! 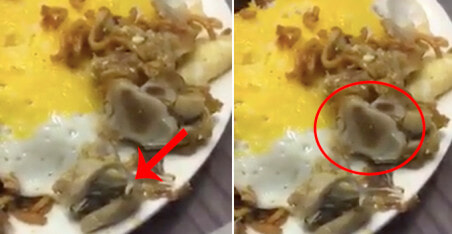