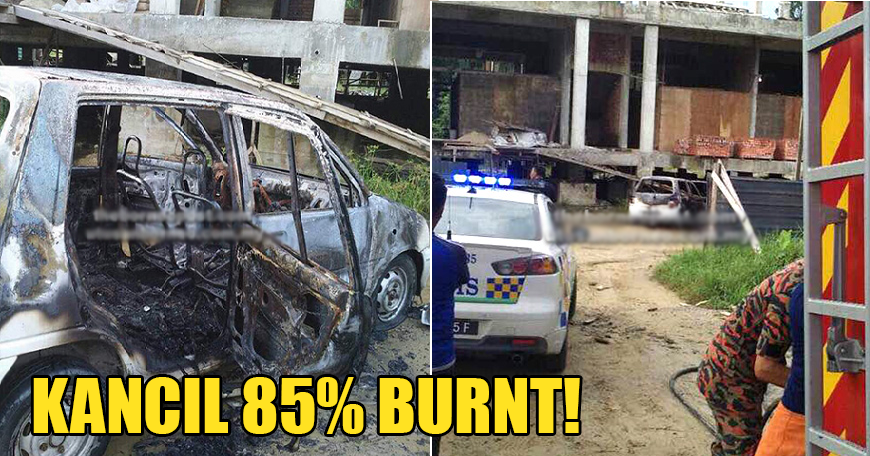 For most of us who are already working, we often look forward to… PAY DAY! Compensation for all that hard work we’ve done man! When salary doesn’t come in, you can bet there’ll be chaos!

However, this one construction worker in Sibu probably took things too far after he did not get paid on time. Recently, the man who’s in his 30s went berserk at around 3.50pm after being informed that his salary will be delayed by the site manager, who is also the employer’s son, reported Utusan Borneo.

The drunk construction worker became physically violent as he beat up his poor friend, who offered consolation, with a broomstick, and cast a brick towards his wife’s stomach. Apparently, money can make you forget your friends…

Thankfully, the pair were only lightly injured.

After hitting his friend and the wife, he immediately proceeded to strike the 24-year-old site manager with an iron rod, thus injuring his head and left arm. The aggravated man finally ended his rampage by setting his friend’s car on fire before fleeing the crime scene. 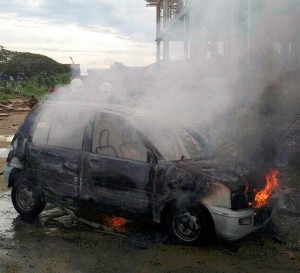 Unfortunately, the Perodua Kancil was 85 per cent burnt and the loss incurred is approximately RM12,000. 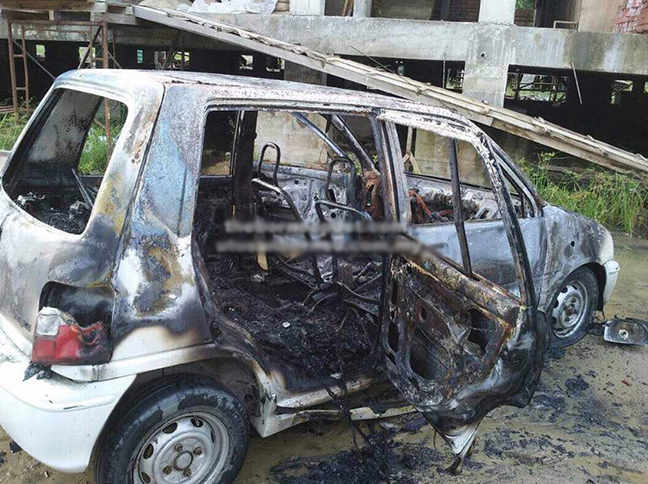 At around 4.16pm, the fire department came to their rescue upon receiving a call from the site. Thankfully, the fire heroes were able to successfully put out the fire before it spread. 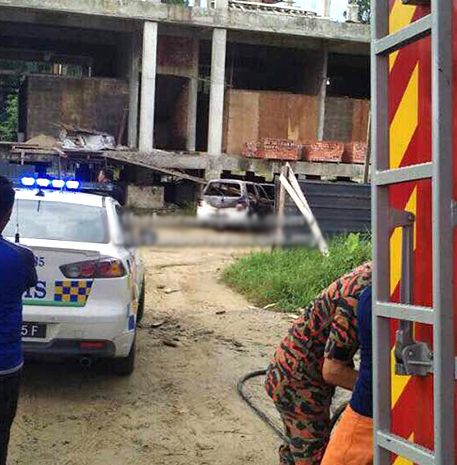 As for the accused, a man-hunt has been launched in order to nab him, said District Chief Police ACP Zailanni Amit. The Chief also confirmed that the case will be investigated under Section 324/435 of the Penal Code for intentionally hurting victims with a broomstick and an iron rod, and causing a treacherous fire to the car.

On the bright side, no one was reported to have lost their lives due to this incident.

It’s crazy to think what money can do to a person! Or more appropriately put, the ‘lack off’.

Also read: Man Angry He ‘Kena Saman’ Due to Broken Meters, But New Video Got Everyone Face Palming 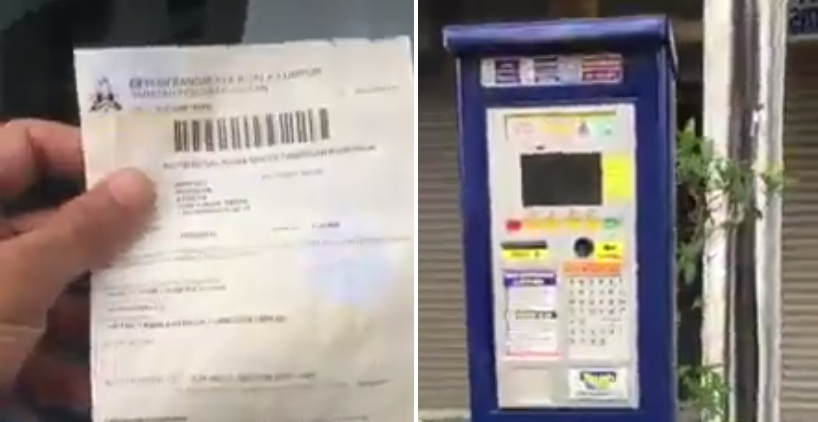