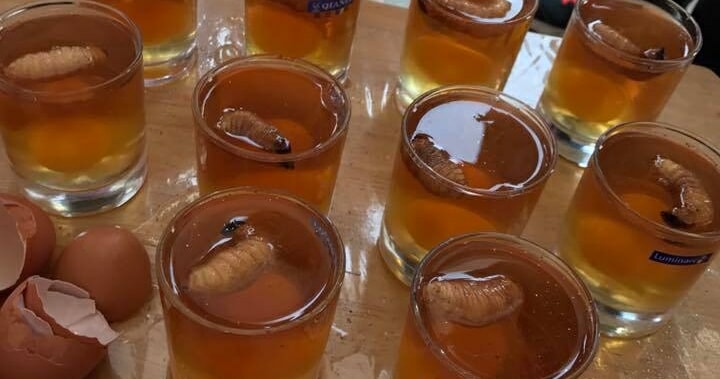 We’re no strangers to the weird and at times bizarre antics of Chinese weddings. Known as heng dai games (literally translates to grooms-men games). It’s a tradition where the grooms-men complete several task set by the bridesmaid to enable passage to retrieving the bride. There are instances where the games get slightly out of hand, however this would without a doubt top the chart.

The source, who is also a bridesmaid known as Quella hailed from Sibu, Sarawak. She has posted a few pictures and videos on Facebook detailing the wedding games that the bridesmaid played on the grooms-men. It’s safe to say that the grooms-men had played several games and gone through several obstacles in tact. However, the most noteworthy one is seen in this picture. 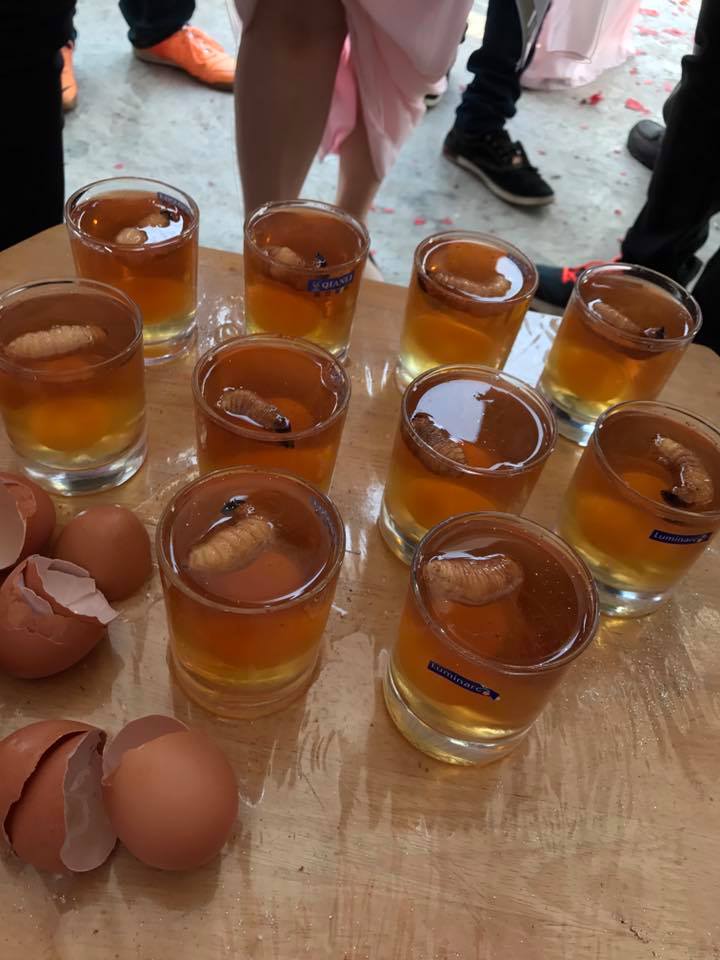 The bridesmaid had this planned for the unfortunate grooms-men. To pass the test, all of the grooms-men would have to brace themselves and gulp down a cup of raw egg topped with an enormous worm. And worse yet, the worms were ALIVE AND MOVING.

Of course, the outrageous wedding antics is met with severe criticism from the netizens. There are some who publicly condemn the bridesmaid and also several others who dared the bridesmaid to try the worm themselves. 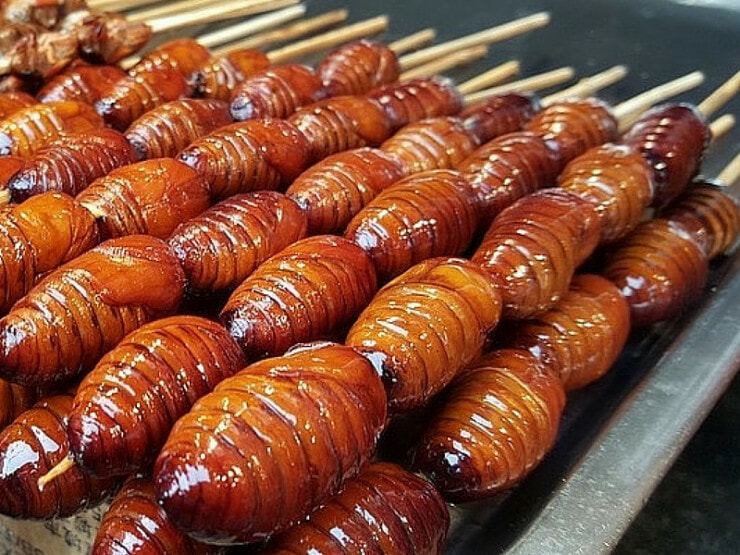 However here’s the plot twist, the groom had spoken on Facebook and defended the action of the bridesmaid, stating that the worm is actually a well known delicacy around Asia. Known as Sago Worm, it’s a delicacy full of nutrition and it’s perfectly safe to be consumed.

As seen in this video, the worms were still alive and moving:

What’s more shocking is that despite the disgust, one grooms-men braced himself and gulped the entire cup of egg down and set the bar for the true definition of a bro.

This should give you some idea should you have to organise a heng dai game in the future, or maybe not.