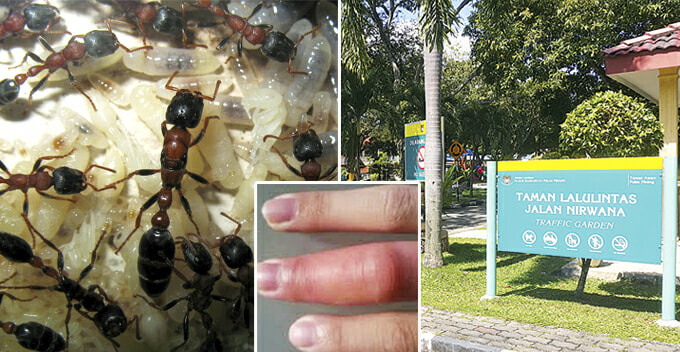 If you’ve been stung by an ant before, you’d know just how painful it is. Unfortunately, certain public facilities in Penang are now infested with one of these types of aggressive ants.

Penangnites and tourists were urged to be mindful when waiting at the bus stops or visiting parks, because a netizen was recently stung by an ant which caused his feet to become swollen. 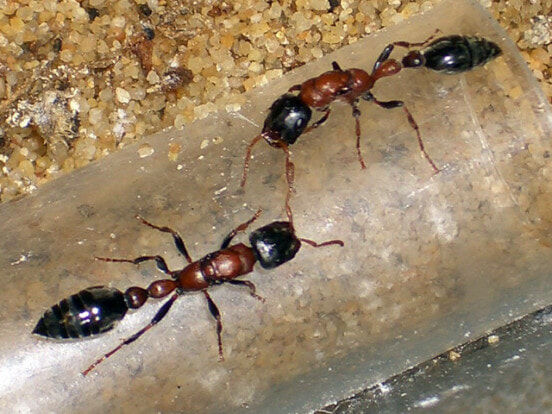 Based on the complaint, reporters from Kwong Hwa visited Traffic Garden and a bus stop in Georgetown, where they did actually find the infestation of the ants.

The ants’ scientific name is Tetraponera rufonigra, or commonly known as ‘the bicoloured arboreal ant’. Meanwhile, the Chinese community often called them ‘fire ants’, due to the extreme burning sensation caused by their stings.

Apparently many members of the public were oblivious about the infestation and they only moved away from the bus stop after the ants started crawling on their feet, said the reporters. 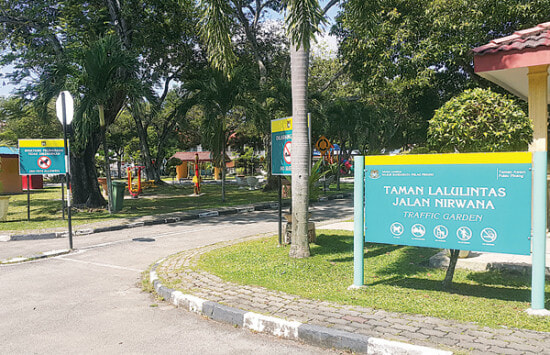 These ants were also spotted in large amounts especially near the trees and grass area, probably because they love nesting in woods or hollow branches. A doctor revealed that these ants actually have poison in their bodies and everyone may react differently to the sting.

For those who have a stronger immune system, the reactions include swelling and inflammation at the wound which could last for two days. Bacterial infection and fever may occur as well. 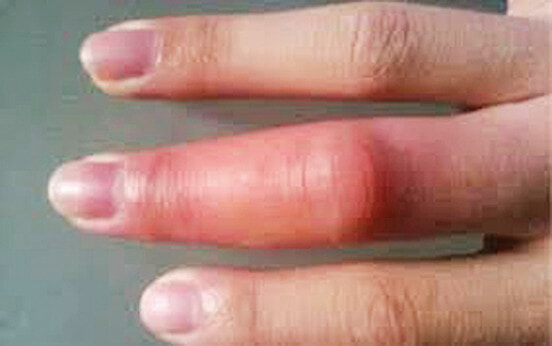 “Under such circumstances, you must see a doctor and get medication to counteract the ant’s poison in your body,” the doctor said.

In the event of multiple stings, the patient may require an injection to prevent severe allergic reaction such as breathing difficulty.

According to a pest expert, the best way to exterminate these ants is by spraying chemicals, which can be done by the Health Ministry or the Fire and Rescue Department. 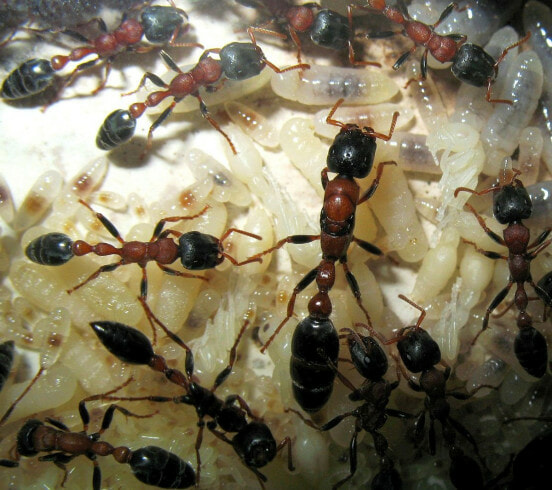 So guys, stay alert when you’re in their potential nesting ground, as a sting from them could give you agonising pain for days! 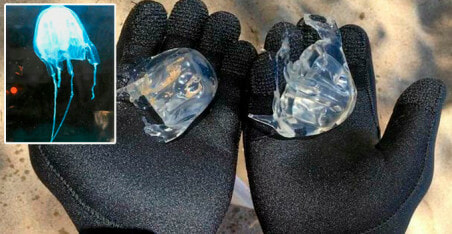