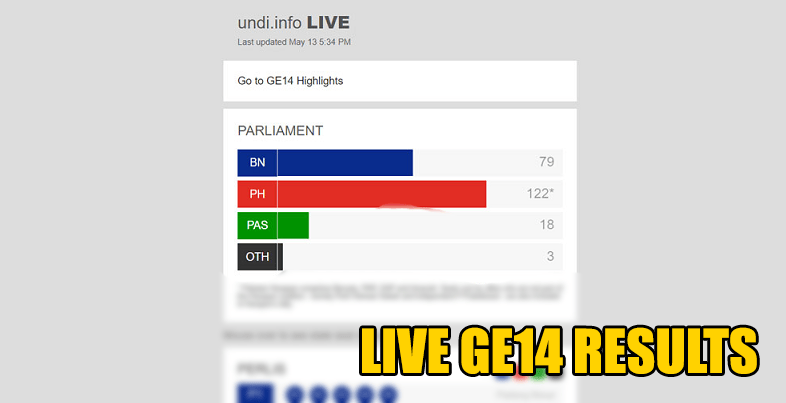 If you were one of the many anxious Malaysians who were watching the election results as they were being counted on local portal MalaysiaKini’s election result websites only to find you were unable to, you can blame The Malaysian Communications and Multimedia Commission (MCMC).

It was revealed that they actually instructed at least 11 internet service providers (ISPs) to block Malaysiakini’s three election result websites on polling night!

According to copies of emails from MCMC’s Network Media Management Department under its Digital Surveillance Division, which were reportedly sighted by online portal Malay Mail, emails were sent at 9.13pm on May 9 to ISPs including TM (and its subsidiary Webe), Maxis, Celcom, Digi, YTL, Time, Mykris, Redtone, Aries Telecoms, and Extreme Broadband, among others.

So if your ISPs are any of the mentioned ones, now you know why your access was blocked.

The directive was then reportedly revoked in another email sent at 11.15pm the same night. That’s almost 2 hours of blocked access!

MCMC has said it had ordered Malaysiakini’s “live updates” of the election results on polling night to be blocked out of fear it could affect “national stability, public order and harmony, and economic stability”. 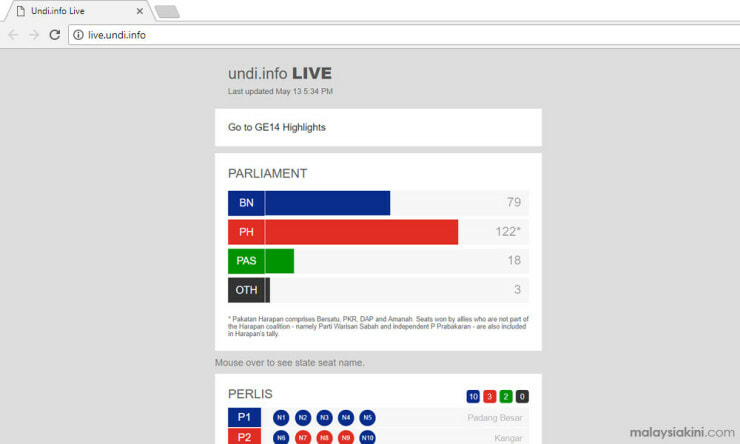 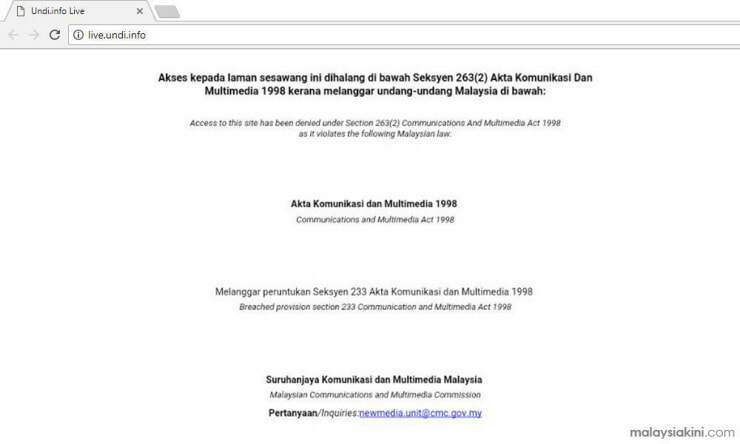 MCMC stated in its May 9 order that the three sites had allegedly contravened Section 233 of the Communications and Multimedia Act with regards to “improper use of network facilities or network service”.

The three websites in question were live.malaysiakini.com, live.undi.info and undi.info which are run by Malaysiakini.

This is reminiscent of the blocking of the Malaysia Today website in 2008 by the MCMC  for being too controversial.

This section deals with “any comment, request, suggestion or other communication which is obscene, indecent, false, menacing or offensive in character with intent to annoy, abuse, threaten or harass another person.” The ISPs could potentially be slapped with a fine of not more than RM50,000, or prison not more than one year, or both — and a further fine of RM1,000 for every day the offences is continued.

The ISPs were told that failure to comply with MCMC’s request to block the three sites would be an offence under Section 242 of the same act which comes with a fine not exceeding RM100,000, or prison not exceeding two years, or both.

Hopefully with our new government, the rakyat’s access to information is free-flowing and uncensored.

Also read: Are Malaysians Getting Blocked From Voting In Upcoming General Election? 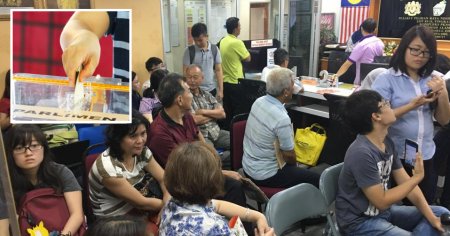