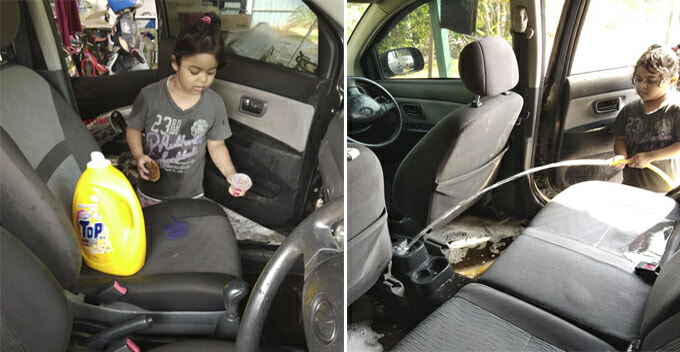 That’s not how you wash the interior of a car, girl! But props for effort…

Just recently (September 2018), a sweet little girl named Nur Izzah stunned the internet when she used a garden hose to wash the interior of her mother’s car. This hilarious incident was shared on Facebook by a netizen and it went super viral. 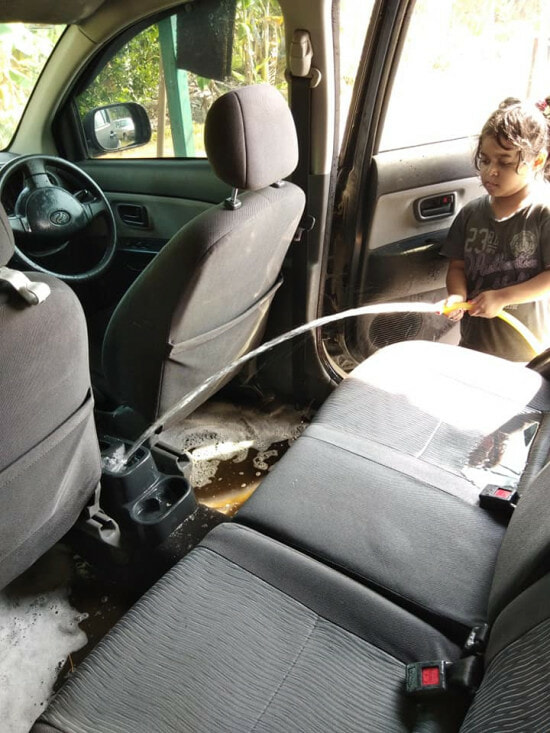 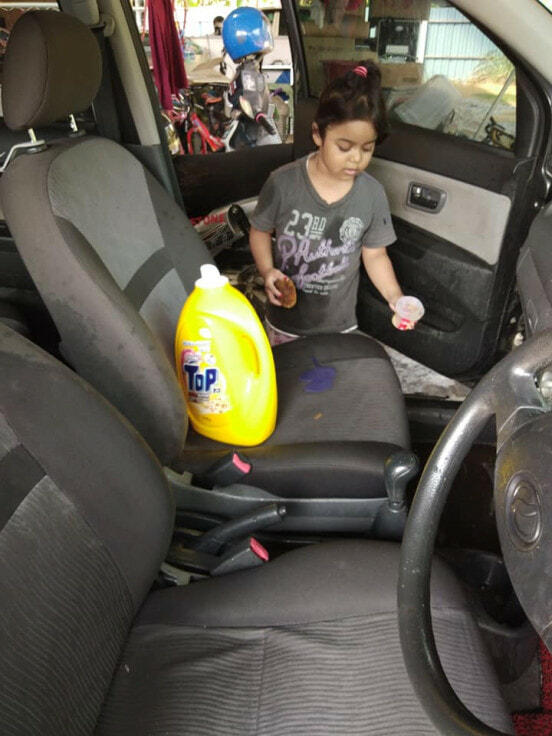 Apparently, Izzah had spilt some Milo in the car and her mother had asked her to clean up the mess. She took her mother’s instructions quite literally and brought out all the cleaning items such as a cloth, brush, broom, and a garden hose while her mother was engrossed in Tamil movies in the house.

Izzah then opened the water hose and started watering the car interior, thus turning the footwells into water wells. She even poured some detergent on the seats and carpets before scrubbing them!

You must be wondering, if she’s busy scrubbing the seats and her mother is preoccupied watching TV at home, then who’s taking all these pictures? Well, it was her elder brother, who was holding his laughter while watching his sister flood the car. Some men just want to watch the world burn… 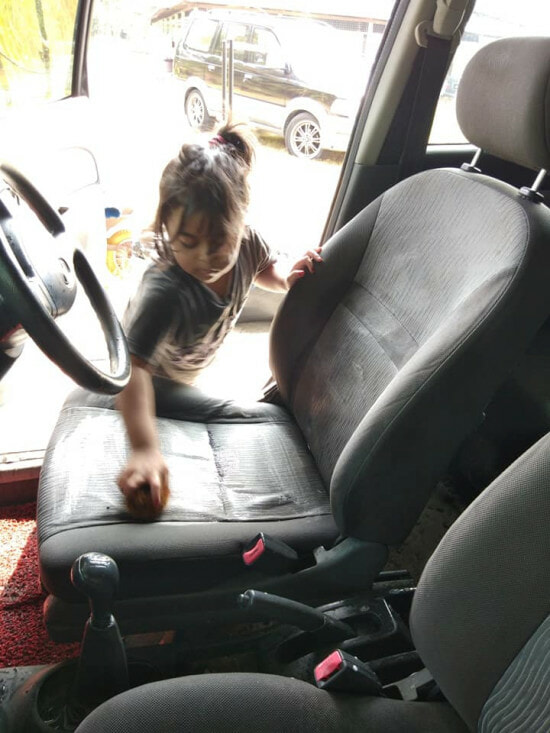 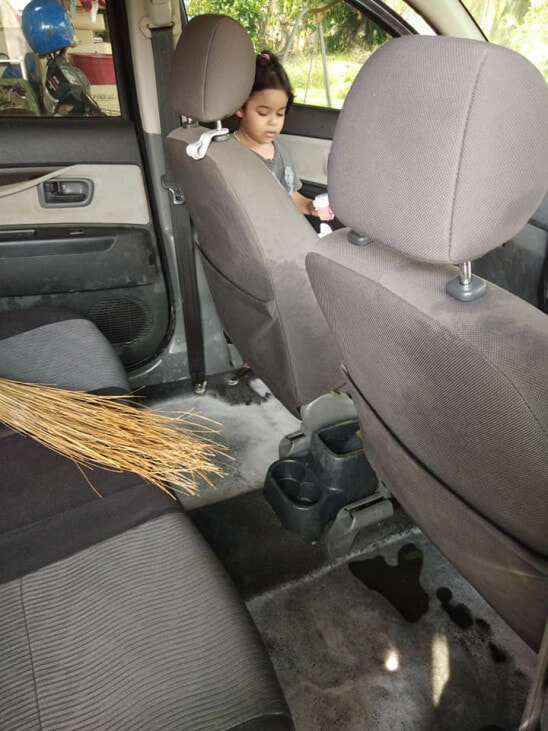 The mother reacted with a sigh when she saw what had happened to the car. Despite this, we know Izzah didn’t get her butt whooped because the next day, she walked past the car (wet seats and all) without batting an eye. In fact, she had the audacity to ask her mother to belanja her Maggi goreng and iced Milo since she had helped to ‘wash’ the car.

When Izzah was asked how she intends to dry the seats, she casually said,

“It’s impossible to hang the car up and dry it. Why not just open the car doors, windows and boot?”

The mother said that up until now, Izzah has no clue what she had done wrong. She’s so innocent! The post has become so viral that it has even reached Indonesia!

We bet the mother will give precise instructions the next time she wants Izzah to help out with something but we don’t think washing the car will be one of them. 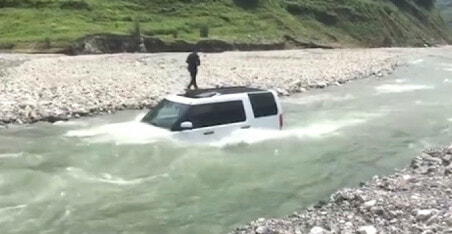