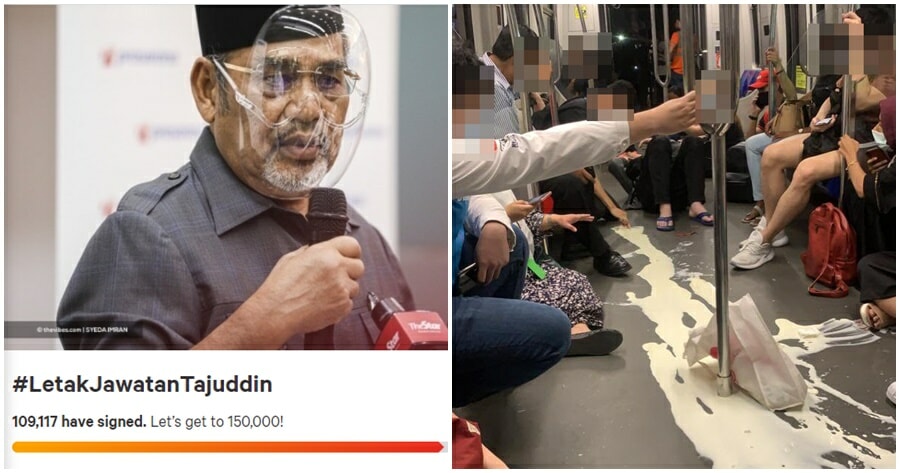 More than 100,000 people have signed a petition calling for Prasarana Malaysia Berhad Chairman, Datuk Seri Tajuddin Abdul Rahman to resign from his position. 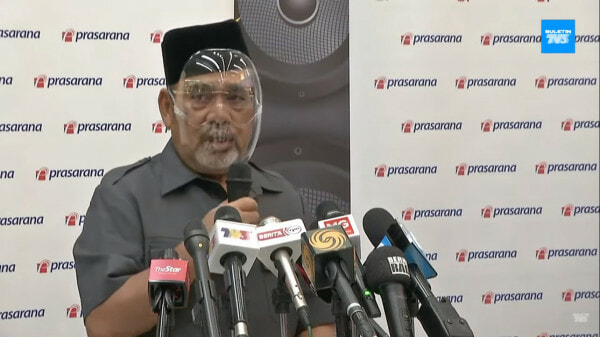 “Chairman of Prasarana, Tajuddin Abdul Rahman’s failure to show sensitivity and empathy in handling the victims of the LRT tragedy on 24 May proves that he does not deserve the position of Chairman,” said the petition which was started by the user Hentikan Double Standard.

They also went on to address Tajuddin’s behaviour at the press conference calling his attitude “arrogant” and mentioned that he also made a “racist remark” at a journalist.

At the time of writing, the petition is garnering close to 120,000 signatures. 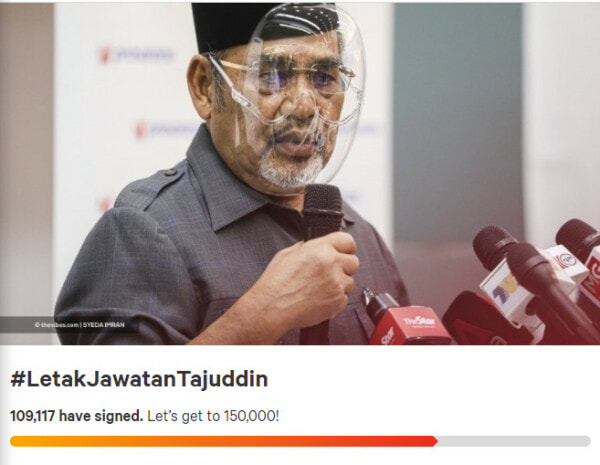 The petition also addressed Tajuddin’s violation of SOPs as he did not wear a mask behind his face shield during the press conference. “PDRM and KKM need to take firm action against Tajuddin. For these reasons, we urge Tajuddin Abdul Rahman, the Pasir Salak MP, to resign as the Chairman of Prasarana.”

Earlier today, PDRM said Tajuddin would be investigated for violating SOPs as he did not wear a face mask under his face shield during the press conference.

The petition was reshared by Malaysian transport group, Persatuan Pengguna-Pengguna Pengangkutan Awam Malaysia (4PAM) on their Facebook page. WORLD OF BUZZ reached out to them for a statement and was told that Tajuddin’s actions showed “a clear disregard of passenger care and are unbecoming of  a Chairman of an organisation, that involves transporting human lives daily.” 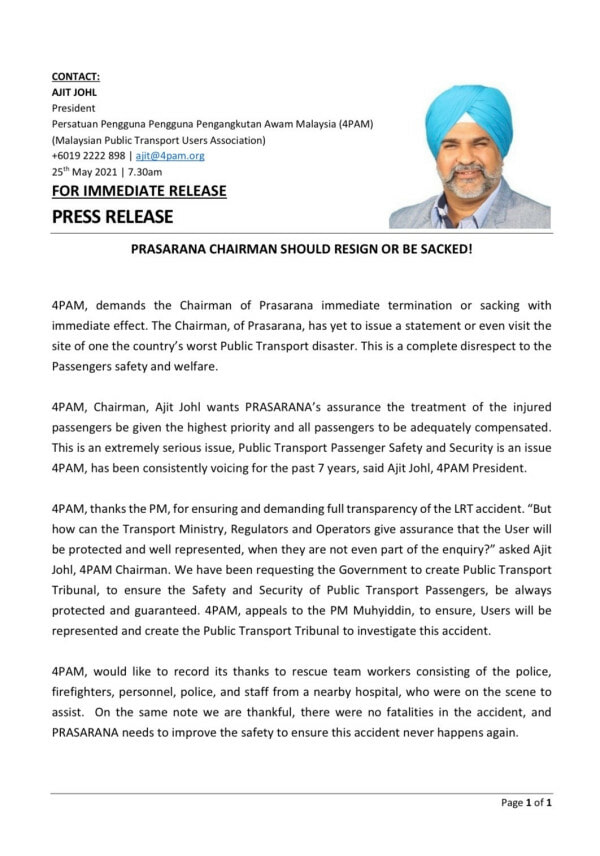 4PAM’s Chairman, Ajit Johl, said he wants “Prasarana’s assurance that the treatment of the injured passengers is given the highest priority and all passengers are adequately compensated.” In a press statement shared with WORLD OF BUZZ, he added that “This is an extremely serious issue, Public Transport Passenger Safety and Security is something 4PAM has been consistently voicing out for the past seven years.” He also appealed to PM Muhyiddin to ensure public transport users are represented and urged him to create a Public Transport Tribunal to investigate the accident. 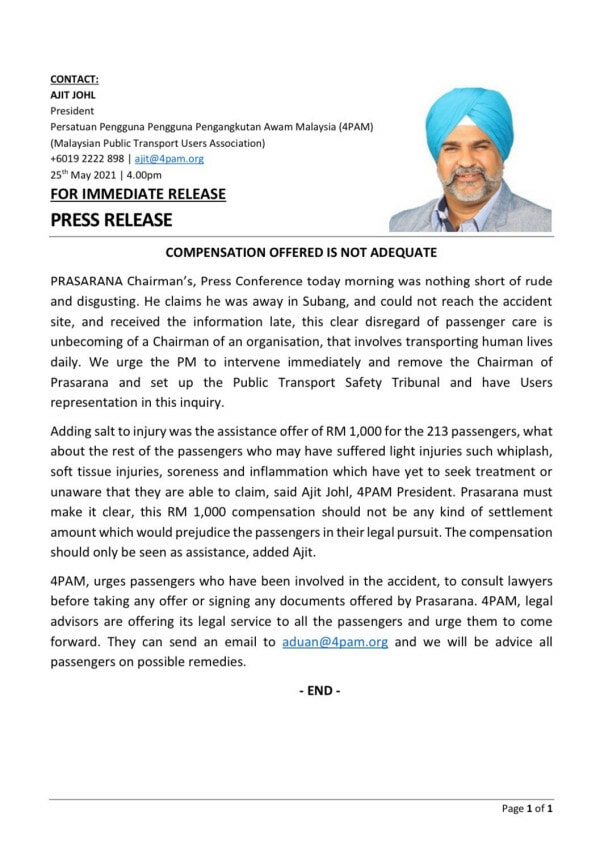 In a separate press release shared with WOB, the Chairman added that “Prasarana must make it clear that the RM1,000 compensation should not be any kind of settlement amount which would prejudice the passengers in their legal pursuit.”

“4PAM urges passengers who have been involved in the accident to consult lawyers before taking any offer or signing any documents.” 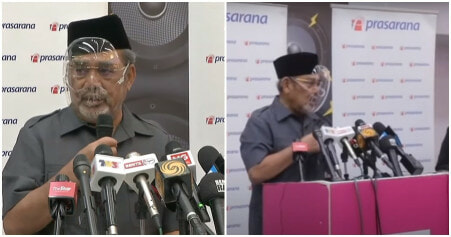