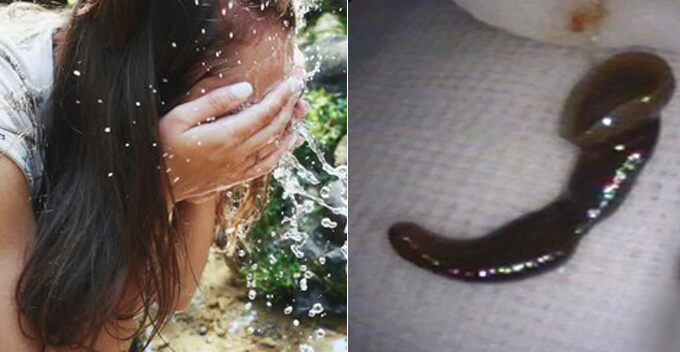 For some reason, water from the mountain stream just feels extra refreshing and it’s almost impossible to hike a mountain without washing your face with the chilly water at the end. However, that might not be the best idea based on this woman’s experience. 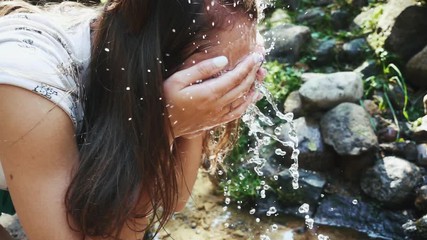 Just recently (March 2019), a woman surnamed Wong from Guangdong, China went for a hiking trip with her friends. Before reaching the peak, they stopped by a mountain stream and Wong washed her face with spring water. Everything was fine at first but soon, she experienced a blocked nose with mucus being discharged.

Initially, Wong thought it was just flu that could be cured by herbal tea but that wasn’t the case. Her nose remained blocked for a few days and she finally sought medical attention after she couldn’t take it anymore, according to China Press.

After inserting an endoscope into her nasal cavity, the doctor found a dark brown object inside and reckoned that it was a leech since it was still wriggling at that point. The doctor applied anaesthetic spray on the leech to reduce its suction strength before removing it with a pair of tweezers.

True enough, it was a leech measuring at 5cm! Wong was shocked beyond words as she didn’t expect that the leech could get into her nose! Neither did we! 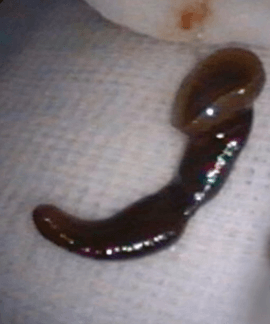 Responding to this incident, the Ear, Nose & Throat specialist from the hospital said leeches are small organisms which can be hard to detect with our naked eyes. Drinking or using stream water to wash our face may result in the organisms entering our body through the breathing passage and oral cavity.

It was understood that if Wong had delayed her trip to the medical centre, the leech would’ve continued sucking her blood which could have caused bigger problems later.

Know anyone who likes hiking? Share this article with them and tell them to be careful! 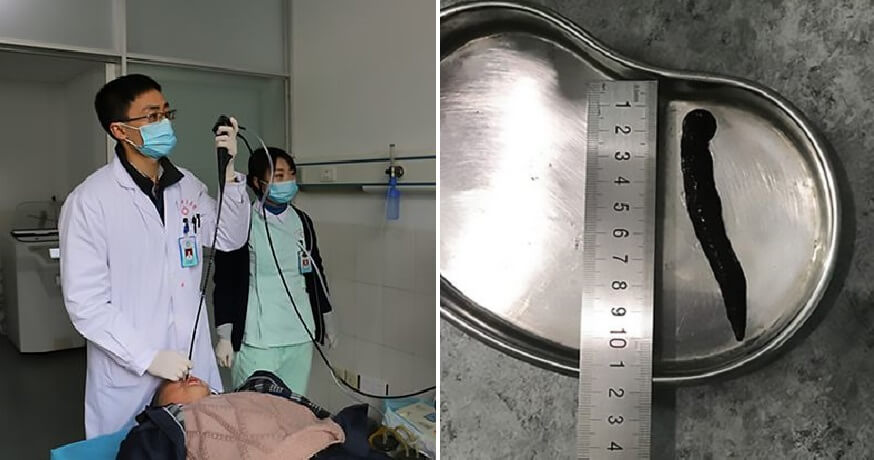