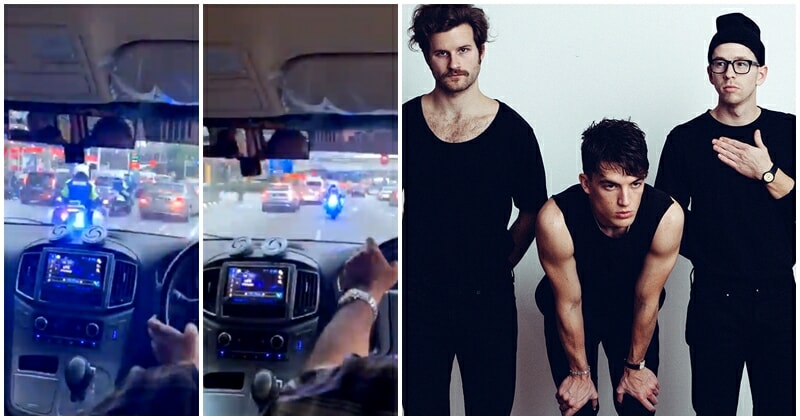 Malaysians on Twitter were pissed off when LANY, an American Indie pop band got VVIP treatment and a police escort on Jalan Tun Razak just to get their dinner.

Most Malaysians are already very reluctant to let VVIPs through rush hour traffic, but the fact that the preferential treatment was given to a band to get dinner made them even angrier.

Malaysian drivers made to give way to a pop band so they can get dinner. https://t.co/I4iFFtLV8T

While LANY could not entirely be blamed for this, netizens were having none of it.

Priorities for Msia baru govt. Appease so-called VIPs while normal people have to endure bad traffic turned worse because of buggers like these. #PissedOff

Netizens weren’t happy that the traffic was made worse for everyone just so one pop band could have their dinner.

VIP culture created long long time ago. Back in school, we got to practice dancing, clean the school and decorate the hall to welcome VIP. Then back in gomen hospital, practice aerobic and decorate the dewan and welcome VIP… Thank God, i left Malaysia. Now 100% on clinical care

Although to be fair, Lany fans felt that the band deserved the VVIP treatment for selling out 3 full shows in the Philipines.

Surely Malaysian would not be as bitter if it was an actual emergency situation? Maybe they were starving to death?

What are your thoughts on the matter? Should we still make way for so-called VVIPs in the new Malaysia?

Also read: Malaysian Driver Gets Fined RM5,000 Because He Did Not Make Way For VVIP Convoy