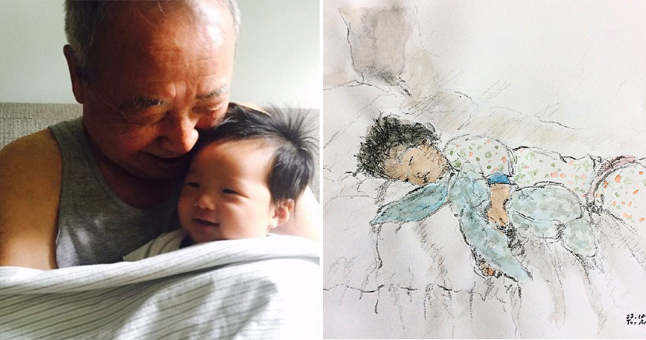 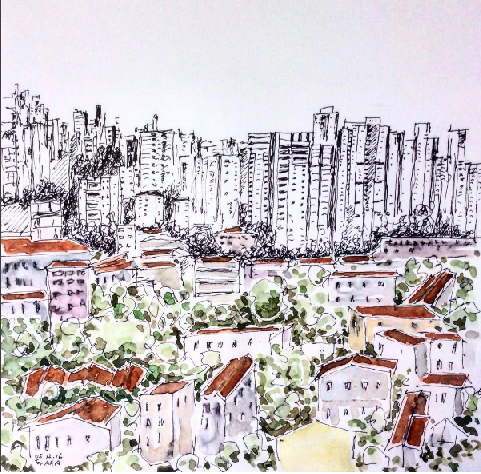 This talented 75-year-old grandpa, Chan Jae Lee lives in Sao Paulo, Brazil and has 3 grandkids that live in Korea and New York City.

He learned how to use Instagram so that he could upload his drawings to share with them! That’s not all, the grandma writes cute short stories as captions for each drawings. 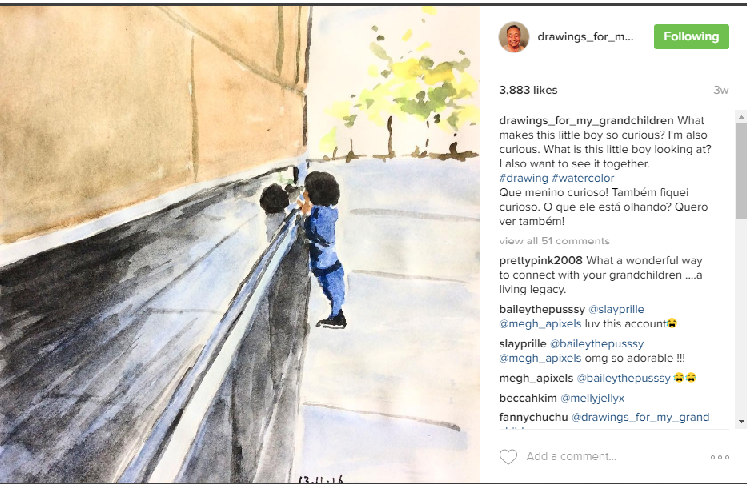 He has gained popularity because of the unique way he connects with his grandkids. His Instagram account currently has over 148,000 followers and he has posted over 461 drawings so far. 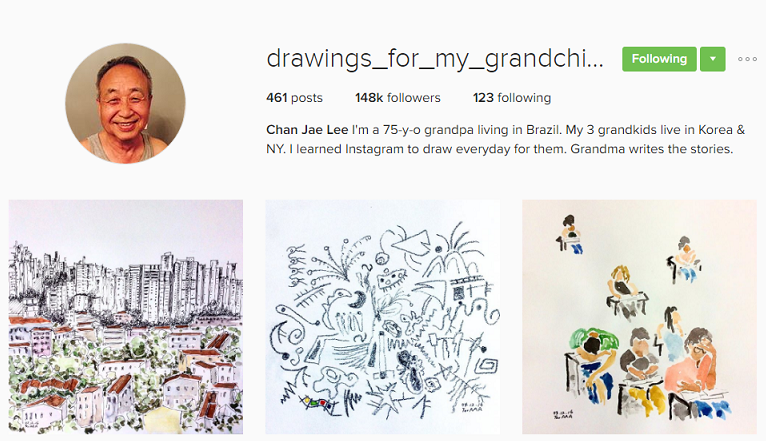 Chan Jae initially faced some difficulties when using Instagram but he was able to master it in no time, reported NextShark.

With the help of his wife and son, he posted his beautiful drawings on Instagram to share with his grandkids that are miles away, changing the way of storytelling through Instagram. 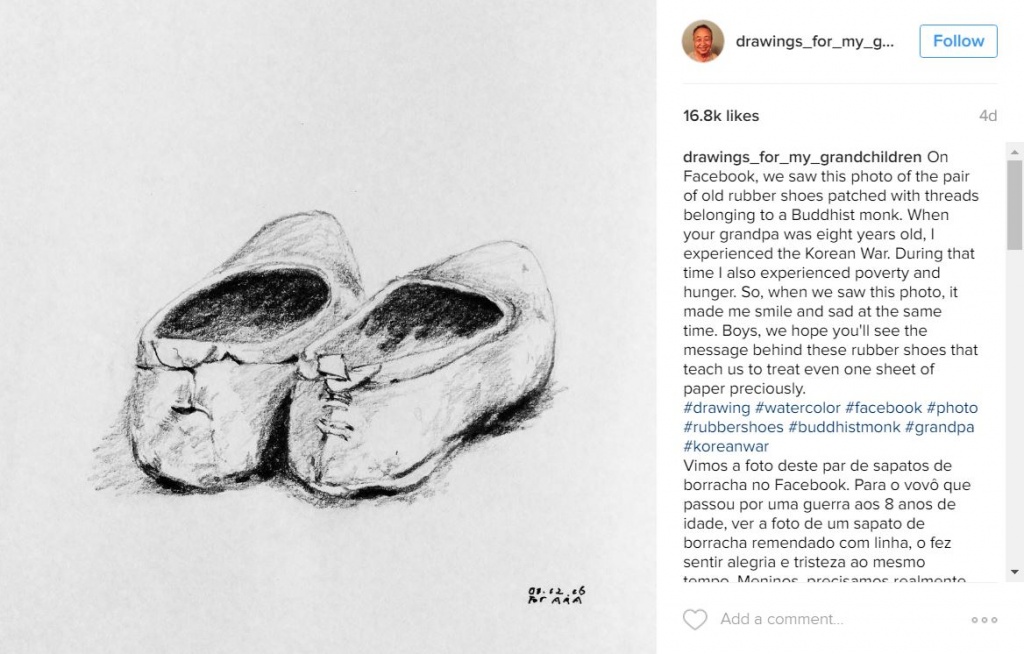 The idea was proposed by his son, Ji Lee who is the creative lead in Facebook. He came up with this brilliant idea when Chan Jae retired. Chan Jae spent most of his time taking care of his grandkids, and drove them to school. This was his daily routine and had kept him occupied.

However, when they moved away, he had nothing to do.

“We were very worried that he would age quickly without having anything to do and would become depressed,” said Lee.

Lee also said that it took him two months just to convince his father of the idea because Chan Jae had hated learning new things.

“He hated the idea and just could not grasp the concept. He didn’t understand the purpose of why we wanted to share his art on Instagram but I was determined to teach him,” he said.

Lee also said that his father used to draw for him and his sister when they were little. Naturally, he thought this would be a great way for Chan Jae to stay in touch with his grandkids.

“But I sat down with him every day and at dinner one night, we had a conversation about drawing for my son. That was the turning point and eventually he became more receptive to learn,” said Lee.

According to his account, there are short anecdotes that accompanied the drawings which were written by Lee’s mother in English and Portuguese. The drawings have received tons of praise from the public supporting this beautiful yet simple way of grandparents showing love for their grandchildren, especially through an online medium. 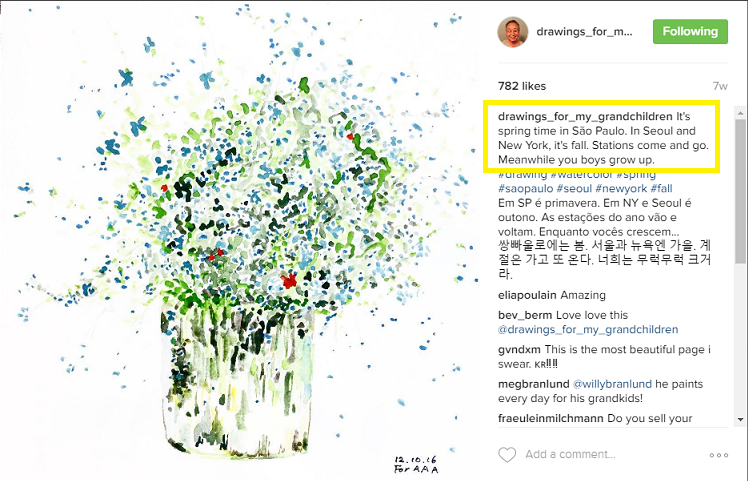 As kids, we would turn to our grandpa to seek for permission to get the things we want because we knew our parents would say “No”. And who could forget all the times when grandma would stuff us with oodles of food? The love of grandparents knows no bounds.

So guys, feel free to check out @drawings_for_my_grandchildren on Instagram, and start receiving your daily dose of love.