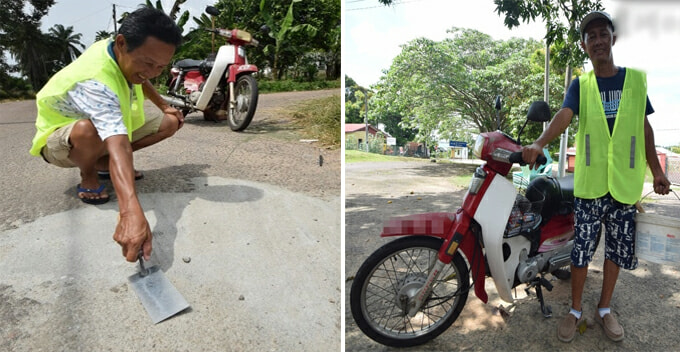 An idle mind is the devil’s workshop. But not for this 57-year-old senior citizen.

Mr. Wong, an earnest retiree living in a small town of Paloh, Johor has been patching up potholes for over a year without any incentive given to him. To date, he has patched up over hundreds of potholes using his own money, Sinchew reported. 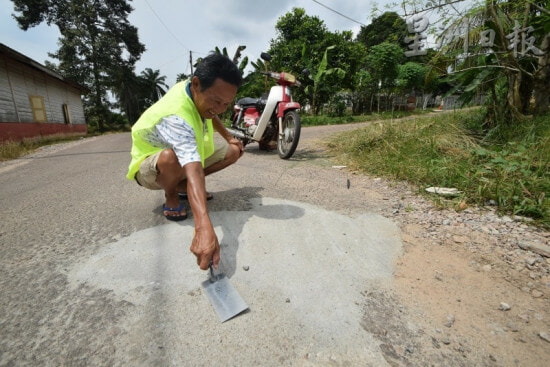 3 years ago, Wong was working in Kuala Lumpur but decided to retire after facing some health issues.

“I still remember on 5 August 2014, I suddenly felt an immense pain on my chest and was warded for 5 days. The doctor said my arteries were blocked. So, I decided to stay at home and rest for half a year,” Wong said in an interview with Sinchew.

However, staying at home was too boring for him. He mentions that back in 2015, he was riding his motorcycle through his village when he saw potholes and sand on the road. This inspired him to patch the potholes and sweep the sand off the roads to prevent accidents and as a way to give back to the society. 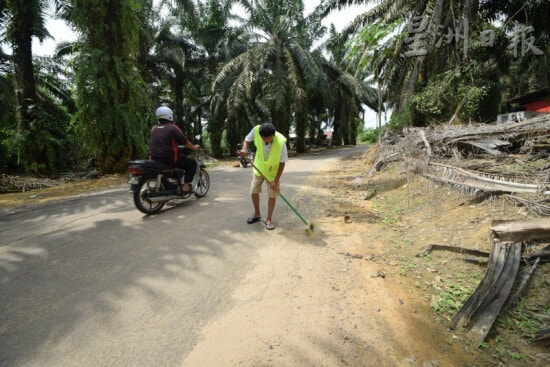 Despite having no experience in mixing cement, Wong quickly picked up the proper technique under the guidance of his friends in construction field.

“Every evening, I would patrol the village on motorcycle and take note of every potholes I encountered so that I can come back the next day to repair them,” said Wong.

In fact, Wong had to make a few trips since his motorcycle can only carry so much of the equipment. He would start working at 9am so that the cement can hardened fast under blazing sun of 12pm. Despite being an amateur at this, he gave his best to ensure the cement can last longer on the road. 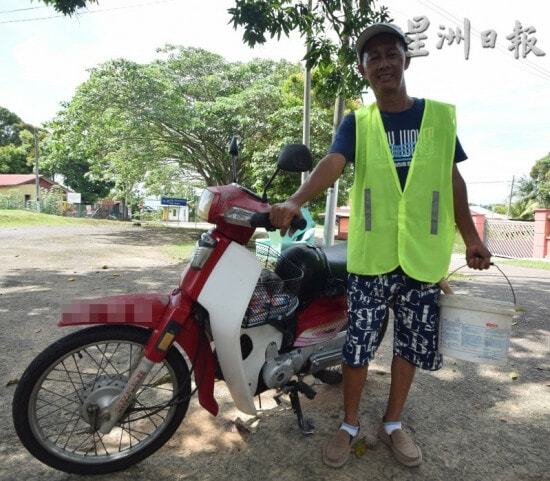 According to Wong, he forked out money from his own pocket to buy the cement while the sand was contributed by the residents that were renovating their houses.

While some people described his action as insignificant and a waste of time, Wong responded by smiling away. Since then, he has been receiving support from his family and the community.

“The city council contributed sand and cement before while my friend lent me the storeroom in his coffee shop as a storage space for my equipment. The coffee shop is also where I gather my ‘intelligence’ regarding the location of the potholes,” Wong said.

Wong even expanded his ‘coverage’ to the nearby Malay village with his Malay friends asking whether he receive any incentives or not. Now, that’s true harmonious living!

Besides patching up potholes for free, he also takes part in the gotong-royong at an old folks home in Paloh during Chinese New Year every year. A senior citizen taking care of other senior citizens, how about that! 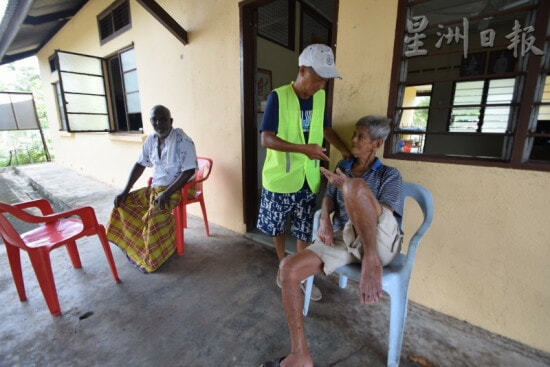 These activities made him realise that there’s no need to be too calculative in life and that the more good deeds he do, the more blessings he’ll receive.

Unlike some people of higher status who will only work when there’s camera around, Wong did all that without asking for fame. And for that, he deserve massive respect from Malaysians.