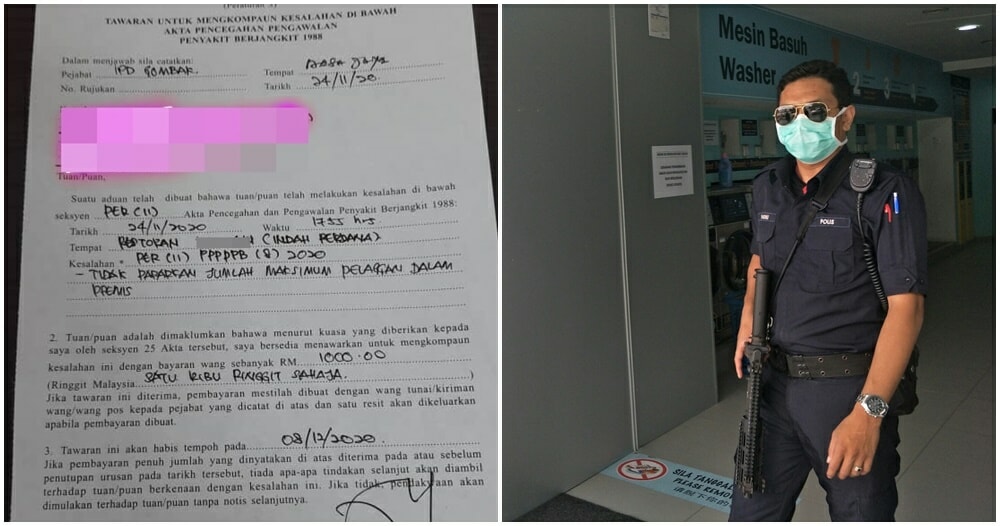 A restaurant in Taman Indah Perdana, Kepong was recently fined RM1,000 for not providing authorities with the total number of customers allowed in their premises at one time. 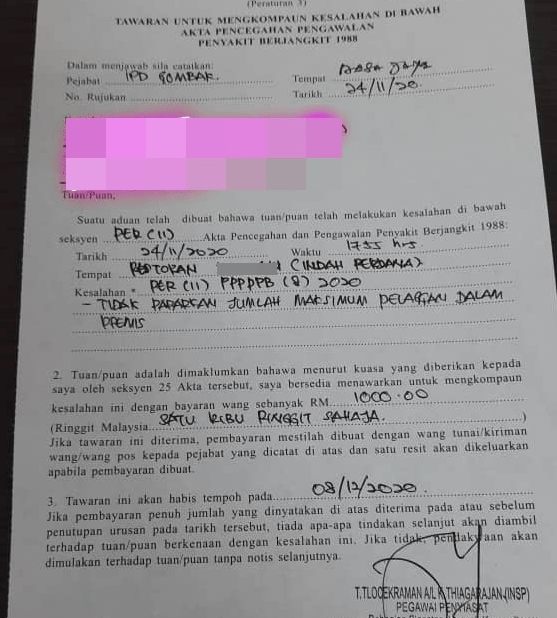 When questioned, the restaurant owner said that the police walked into his premises at around 5pm yesterday (25 November) to assess the eatery’s compliance to the SOPs. The authorities then accused him of not displaying a sign indicating the capacity limit of people allowed inside the premises at one time and issued an RM1,000 fine.

“The uniformed police officer came and asked me why I didn’t indicate the total number of customers in the premises. I asked him how many people can sit in the restaurant but he did not answer,” said the restaurant owner in a statement recorded by Sin Chew Daily.

The owner added that almost every shop in the district that did not display their customer capacity received fines but this was because many of them were unclear of the SOPs. He said he hoped authorities could give a clearer explanation of what was expected from these businesses so that owners could understand better.

All SOPs for business operations are available on the National Security Council’s website (MKN). In the document of specified regulations, it is stated that “every premises has to state clearly the number of customers allowed in the area at a time to adhere by physical distancing rules.”

Yee Poh Ping, director of the Kepong Community Service Center said that businesses have been challenged to run operations during the pandemic due to these “technical regulations” that put them under certain operating pressures.

“The police should understand that the people are facing a dilemma of whether to greatly reduce their operations or bear the costs of many burdens,” he said, adding that he believes as long as businesses ensure customers maintain physical distancing, there is no need to indicate the number of people in the premises.

What do you guys think? Is it necessary for businesses to display a customer limit? 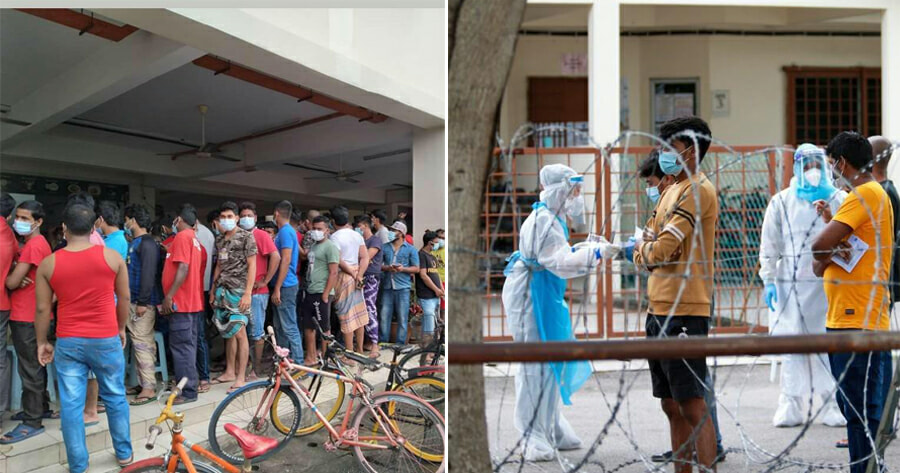