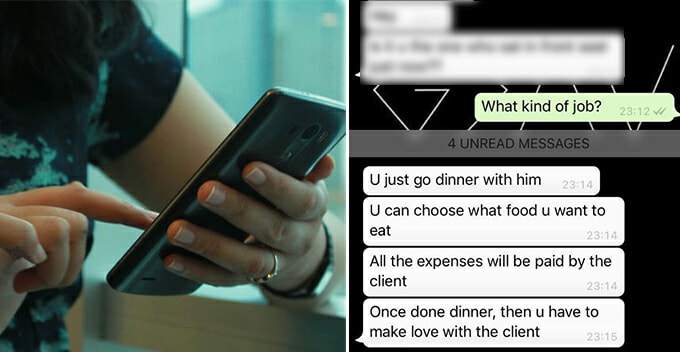 Nowadays there are just so many cases that cause women to feel extremely unsafe regardless of where we go. Recently, a Twitter user Yue, shared his girlfriend’s experience of being harassed by a driver from an e-hailing service, MyCar.

Is this a mycar driver or prostitution syndicate? I wanna raise awareness for girls out there to be careful. Also to the drivers, respect woman!! This shit happens to my girlfriend and she were scared, shaking and crying. Spread this to share awareness🙏🏼 @Official_MyCar pls help pic.twitter.com/TtUYwGerea

Basically, the story starts off with the driver contacting his girlfriend, asking if she was interested in a freelance job that was suitable for students. He claims she would earn some good money quickly. Sounds intriguing, right?

“You can do it whenever you’re free. There’s no commitment at all.”

He explains that he has a client who is apparently a VVIP from Singapore and wants to hire her.

When asked about her role in this suspicious job offer, he responded with,

“You just have to have dinner with him. You can get anything you want of the menu and the client will pay for you. Once you’re done with dinner, you have to make love with the client.” 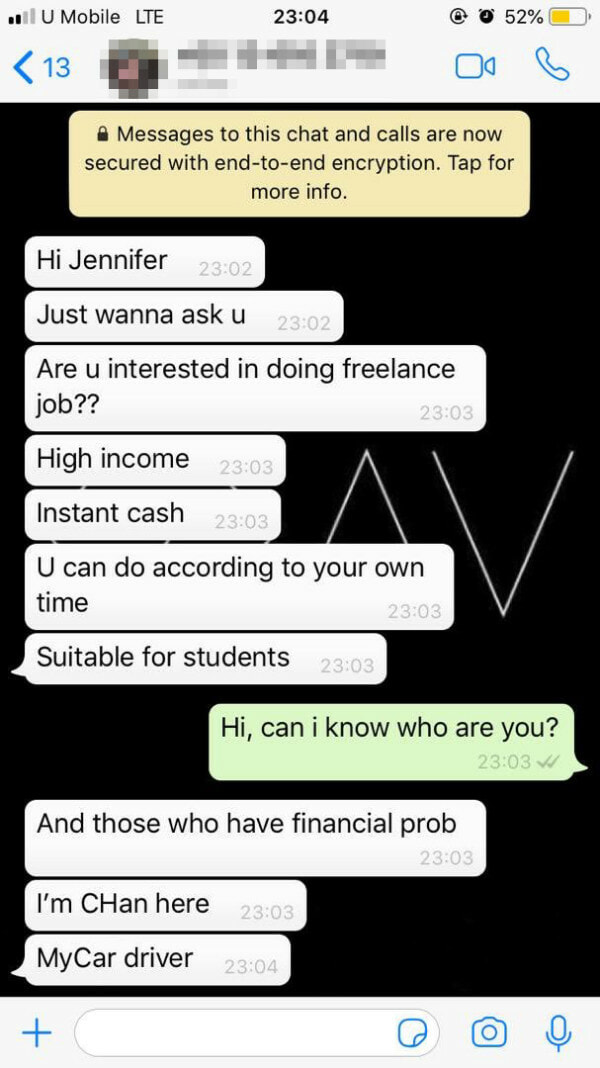 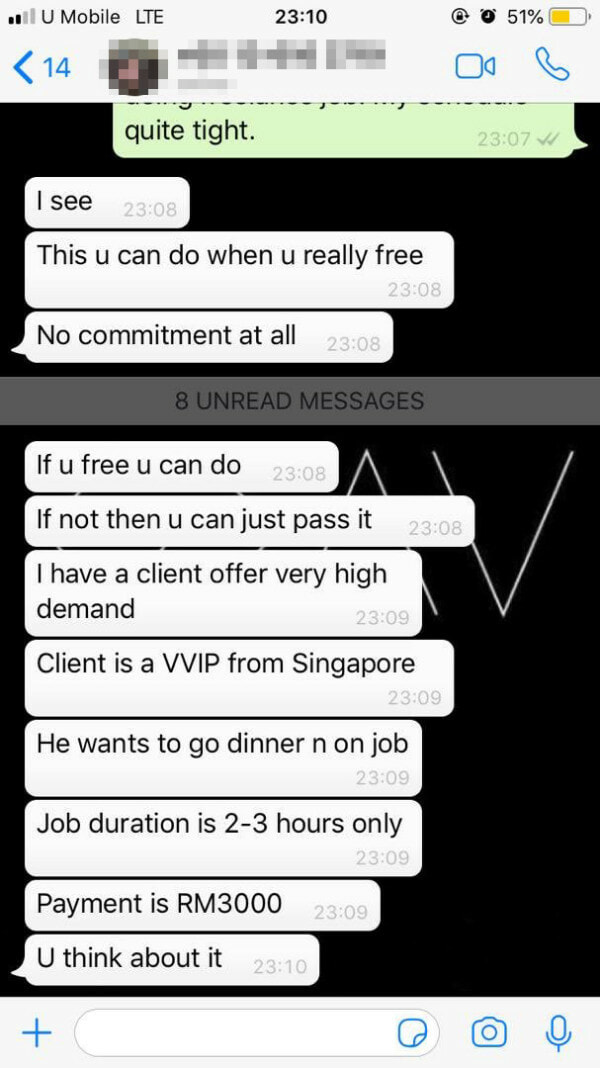 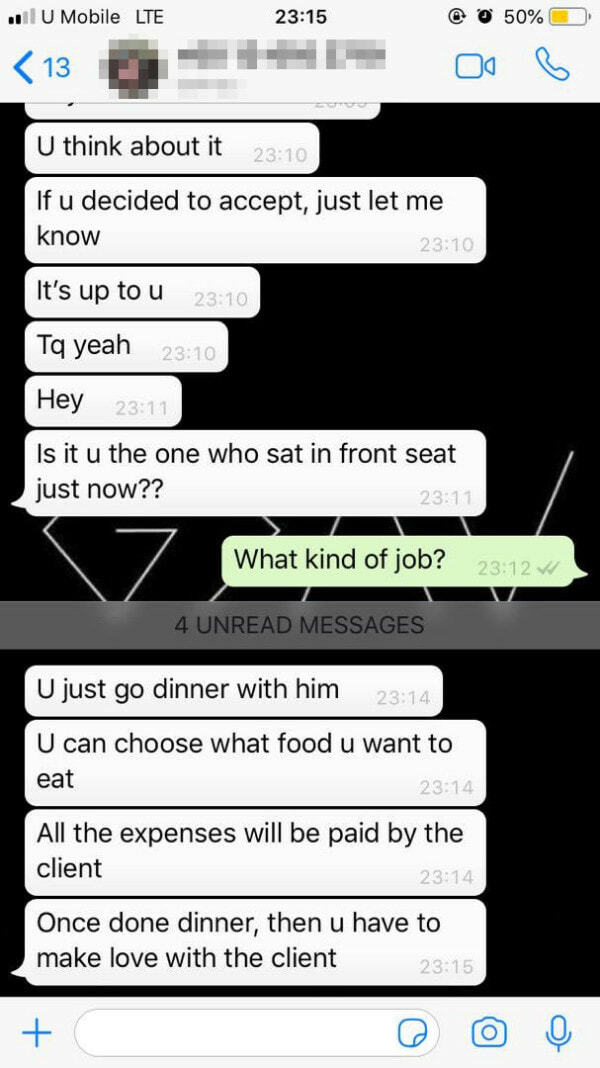 Following this viral tweet, MyCar took the liberty to respond to Yue.

Netizens, on the other hand, were urging him to lodge a police report and even comparing the company with other e-hailing services. Regardless, we hope everything is settled and advise everyone to stay safe! 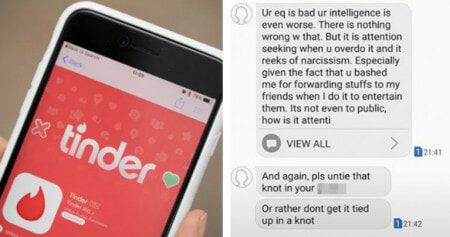