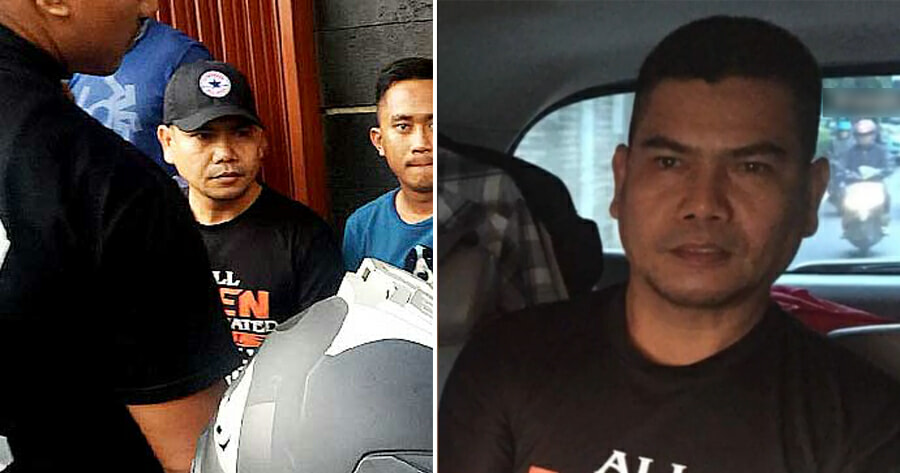 Several weeks ago, we heard fugitive politician Datuk Seri Jamal Yunos speak his mind through his WhatsApp messages and YouTube videos while he was hiding from the authorities. Many at the time had no idea of his whereabouts.

However, it was later discovered that he had escaped to Indonesia supposedly through illegal routes and has been hiding from the authorities ever since.

Well, the tables have now turned as Indonesian police have finally found and arrested Jamal!

According to The Star, he was having a haircut at a salon in South Jakarta, where he was caught by the Indonesian National Police (POLRI) at 6.15pm on Monday (July 2). Did he at least get a good haircut? 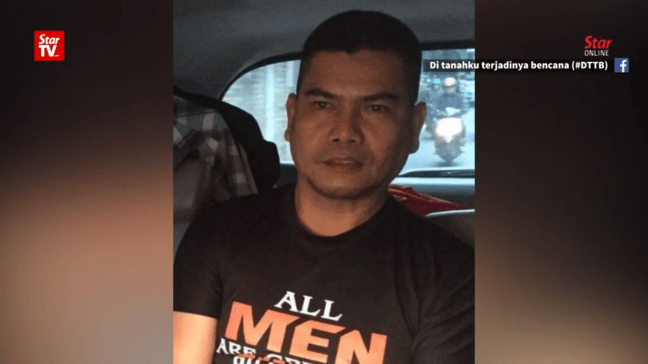 Astro Awani also reported that Jamal was believed to have been hiding in Medan in North Sumatra, before he moved to South Jakarta to avoid being detected by authorities, and had allegedly used the sea route to get to Medan.

Yesterday (July 2), Home Minister Tan Sri Muhyiddin Yassin said that the Malaysian police have been contacted to extradite the Red Shirts leader back to Malaysia.

“I was informed at 6.15pm (Malaysian time) that the Indonesian police had succeeded in arresting Jamal,” he said in a statement. 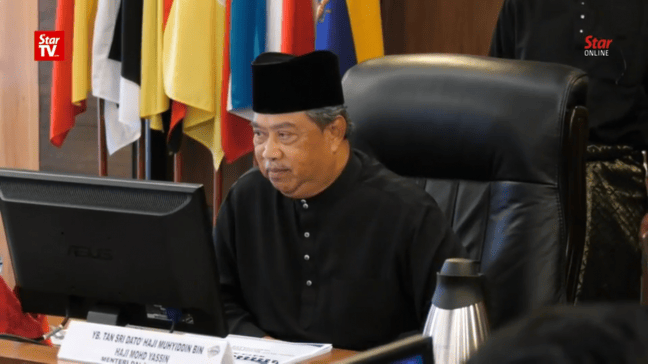 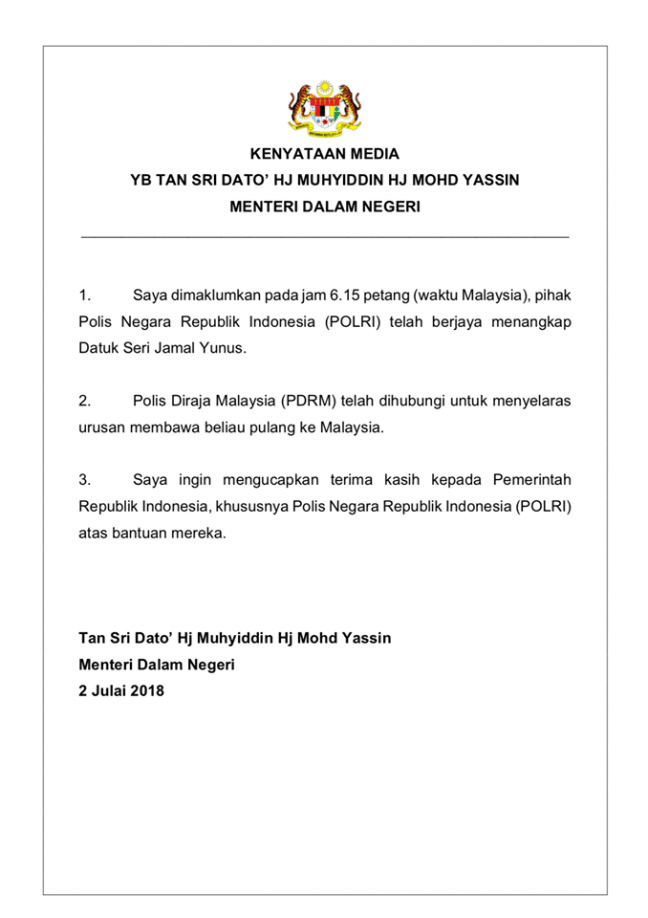 Datuk Mohd Imran Tamrin, Jamal’s lawyer is currently waiting for more information from the police on his client’s arrest in Indonesia, and added that he would go to the country to handle the extradition process if necessary, NST reported. He said,

“As of tonight, we don’t have full details on his arrest, however we are prepared to go to Indonesia to ensure the process to bring Jamal home proceeds smoothly.”

Mohd Imran expressed hope that no action would be taken against the Sungai Besar Umno division chief in Indonesia.

Investigations have been going on for at least six offences that were reportedly committed by Jamal, including creating a public nuisance by smashing bottles of alcohol to protest the Better Beer Festival at the Selangor state secretariat building last year on October 5.

Later this year, he was admitted to the Ampang Puteri Specialist Hospital on May 25, but was found missing after he was charged by the police.

He has also contested for the Umno Youth Chief position in the party’s recent polls despite being on the run from the authorities.

This highly anticipated moment has finally arrived, and we can only wonder what will happen over the next few days! 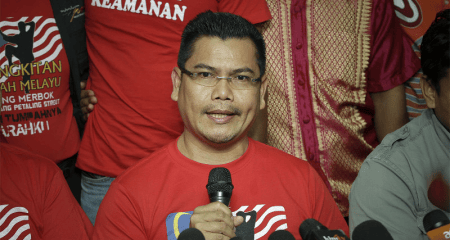