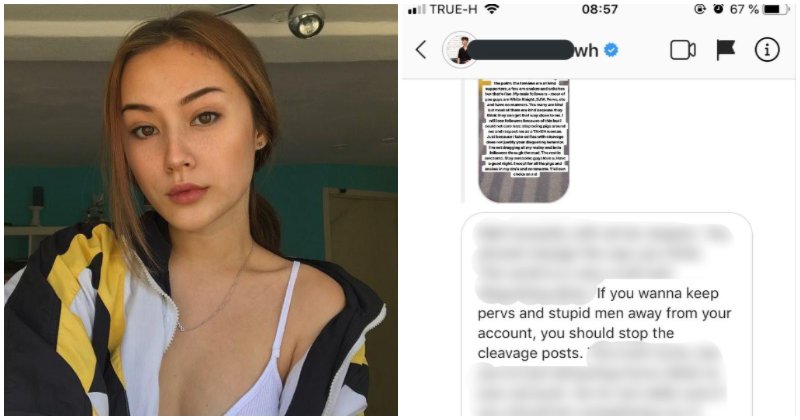 Misogyny in Malaysia remains as strong as it’s ever as men still seem to think they have the right to comment, and suggest changes to women regarding their bodies and sexuality.

Unfortunately, not only do Malaysian women have to deal with this but it looks like, women from other countries have to as well as shared by Jane-Anh Ngo, a German-Vietnamese streamer, Instagram model and social media influencer. 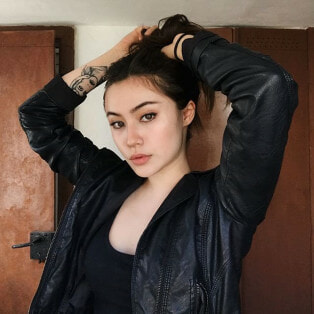 After her recent visit to Malaysia, she expressed her disappointment towards her Malaysian male fans (who apparently make up most of her followers) who sent her perverted comments and messages.

Soon after her visit, it seems she’s once again the target of the Malaysian male gaze. She took to her Twitter to post a screenshot, exposing a Malaysian singer who apparently told her to ‘cover up’.

Ladies in gentlemen: if you want to keep pervs and stupid men away from you – cover up. That what he is basically saying. Blame the victim. “ seems like you like the attention “ he literally is dragging people being sexually harassed online with this sentence. pic.twitter.com/YPCeNWb5HB

The singer, who’s name was blacked out (though you can still roughly make up his name), responded to one of Jade’s Instagram stories regarding the rude comments she gets from her fans with a rude statement of his own.

Jade points out that the Malaysian singer’s mindset helps feed into the avid victim blaming culture that so strongly surrounds itself around any sexually fueled harassment issue against women.

“Ladies and gentlemen: if you want to keep pervs and stupid men away from you – cover up. That what he is basically saying. Blame the victim. ‘Seems like you like the attention.’ He is literally dragging people who have been sexually harassed online with this sentence,” captioned Jade to the screenshot she posted of her conversation with the Malaysian singer.

Unfortunately, Jade also received backlash over the post as many Malaysian guys took to the thread in support of the singer’s words. 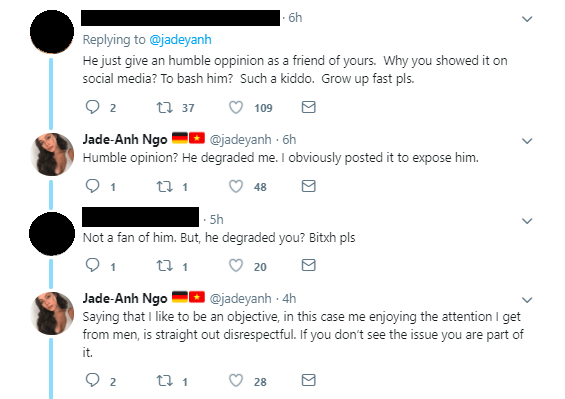 Whereas women flooded to the comment section to defend Jade.

Let me just say, how about we all just focus on our own bodies instead of forcing opinions onto others’. There are more important issues happening in the world than how women dress (which isn’t even an issue.) 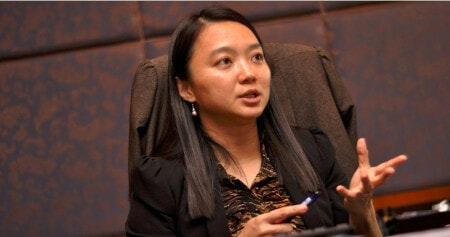