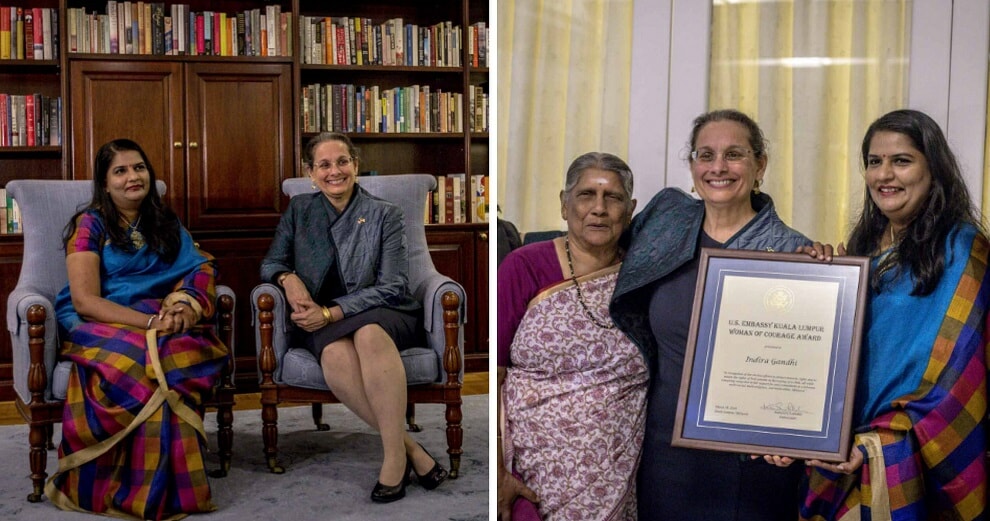 We can’t be anymore proud of how far this woman has come!

Earlier in January, a Malaysian mother named Indira Gandhi made headlines after winning a 9-year-long legal battle to reverse her children’s conversion to Islam. Here’s a quick recap of her long court case.

Nine years ago, Indira Gandhi’s ex-husband, K. Pathmanathan @ Muhammad Riduan Abdullah, converted to Islam after they got divorced. He had converted all three of their children from Hinduism to Islam without Indira’s knowledge or consent and took away their youngest daughter, Prasana, who was only 11 months old at the time. She took this issue to court in efforts to reverse her children’s conversion.

Then, in January this year, the court made a landmark decision by voiding her children’s conversion to Islam after deeming it unconstitutional as it was done without her consent. 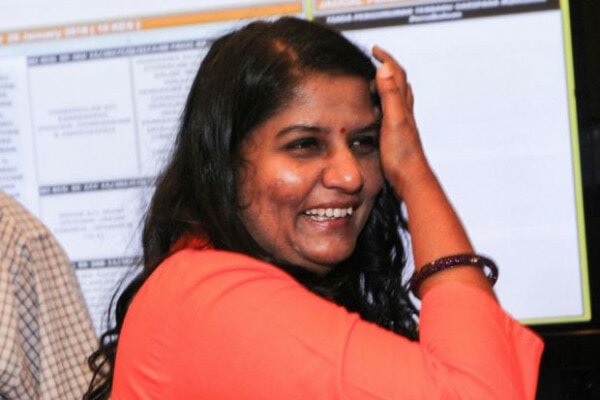 Throughout her 9-year legal battle, Indira has not seen her youngest daughter and has no idea of her whereabouts to this day.

Now, in light of her nearly decade-long battle, the United States embassy honoured her with a nomination for the International Women of Courage Award last night (28th March). Speaking at the reception was US Ambassador to Malaysia Kamala Shirin Lakhdhir, who said,

“We want to recognise her for her struggles, and her struggles go beyond her whole family. It’s for all Malaysians.”

“We are here today to celebrate her effort and her family’s effort, and all those people who supported her struggles in the past eight years. We recognise women who take the struggles forward, and that is Indira Gandhi.” 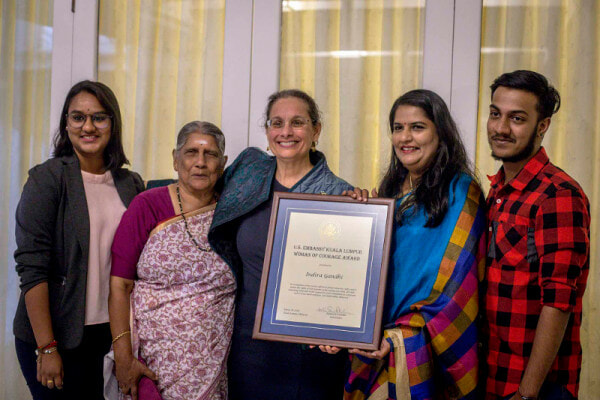 “I didn’t expect this at all. I am very happy to be here. To be celebrated. The US Embassy and the honourable ambassador madam Kamala Shirin Lakhdir are very kind to give me this award,” Indira said during her speech at the reception last night, according to the Malay Mail Online.

“I dedicate this to the mothers and fathers out there who are fighting the same battle as mine.”

She also mentioned her missing daughter, Prasana, who still has not been found after all these years, saying,

“I’m hoping every day that I will get news of Prasana Diksa. It’s almost nine years. I never heard anything of her. I’m disappointed that even after I won, I cannot be reunited with my daughter.”

“I hope they (police) are still doing their job to bring back Prasana.”

“Amma will wait for you till the end.”

Congratulations to Indira for making history! Let’s hope that the authorities help reunite her with her daughter soon. 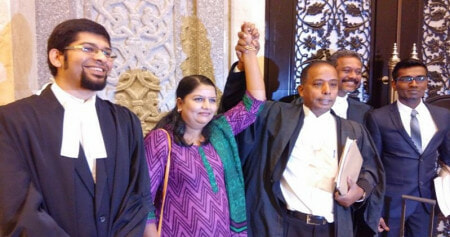