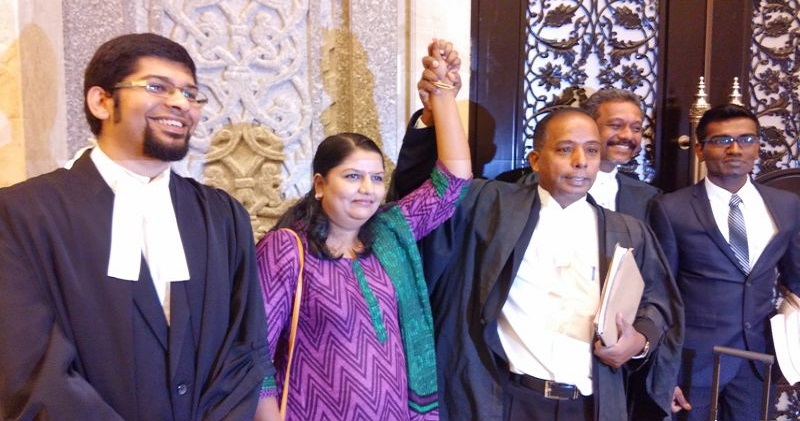 You may have seen news about a Malaysian woman named Indira Gandhi circulating all over the internet yesterday (29th January), and that’s because she has been involved in a long legal battle after her Muslim ex-husband converted their three children without her knowledge.

In case you haven’t been keeping up with this highly publicised case, here’s a summary of what happened, including recent developments; 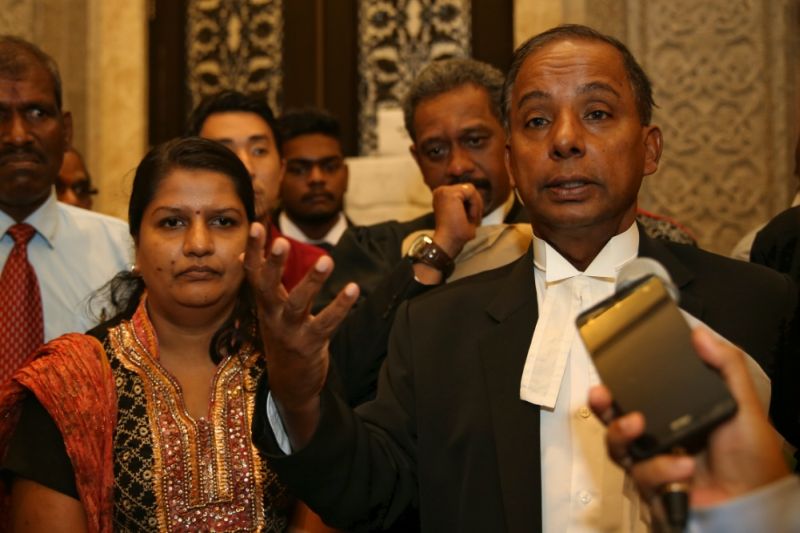 About nine years ago, kindergarten teacher Indira Gandhi began fighting to nullify her ex-husband’s conversion of their children from Hinduism to Islam, which was reportedly done without her consent. Her ex-husband, K. Pathmanathan @ Muhammad Riduan Abdullah, reportedly converted to Islam after they got divorced.

Her youngest daughter, Prasana, who was born a Hindu, was snatched away by her Muslim father when she was 11 months old and was converted to Islam along with her two older siblings behind their mother’s back. He converted his children three weeks after he embraced Islam.

“There was an argument, he assaulted me, it’s just a few seconds. He grabbed Prasana my daughter’s hand and he just fled. That was the last time,” she told reporters, according to Channel NewsAsia.

2. She has not seen her youngest daughter for the past 9 years 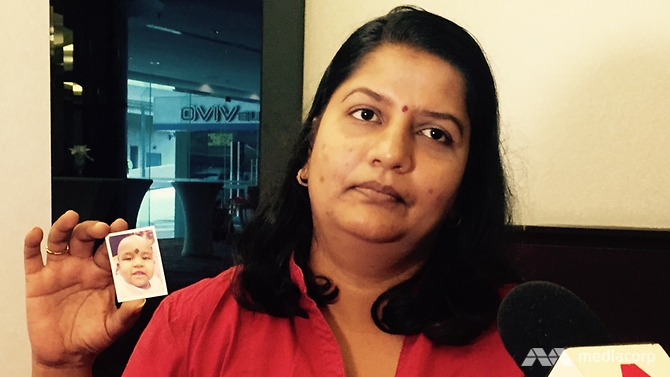 Despite the Shariah Court granting Muhammad Riduan custody of the children after they were converted to Islam, their son, Karan Dinish (19) and daughter, Tevi Darsiny (20), still live with their mother.

Throughout the years, Indira has never once stopped thinking about her youngest daughter since the day she was taken away from her, saying,

“Til today we can’t get any information about how she is, which school she is going to, there is nothing. I have no information but she is always in our prayers, she is fine, doing well.”

She had also secured a court order for the police to find Prasana back in 2014, but former IGP Khalid Abu Bakar refused to execute the order due to jurisdictional conflicts between the secular and Shariah Courts.

3. Indira spent 9 years fighting in court to convert her children back to Hinduism 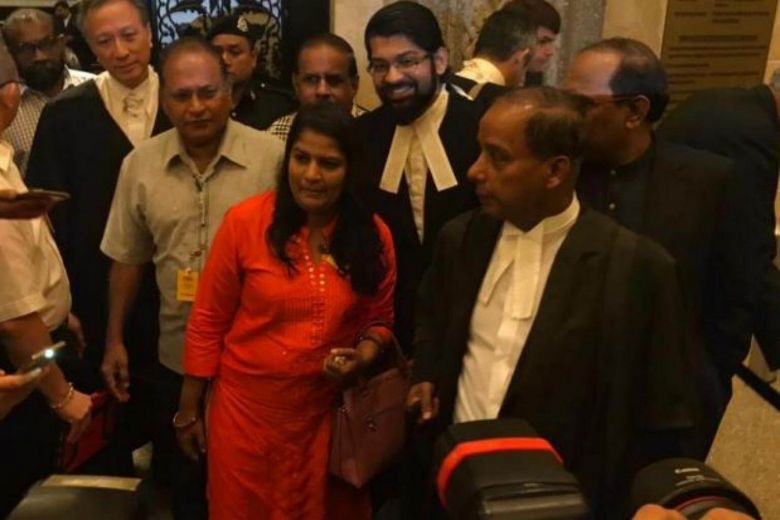 Since her youngest daughter was taken away, Indira has spent nearly nine years in court trying to convert her children from Islam back to Hinduism, and her legal battle caught nationwide attention.

However, in December 2015, Indira lost her case in the Court of Appeal after they ruled that only the Shariah court could judge the validity of her children’s conversion to Islam.

After that, she decided to take this case to the Federal Court, which brings us to the present day.

4. The Federal Court just voided her children’s conversion to Islam 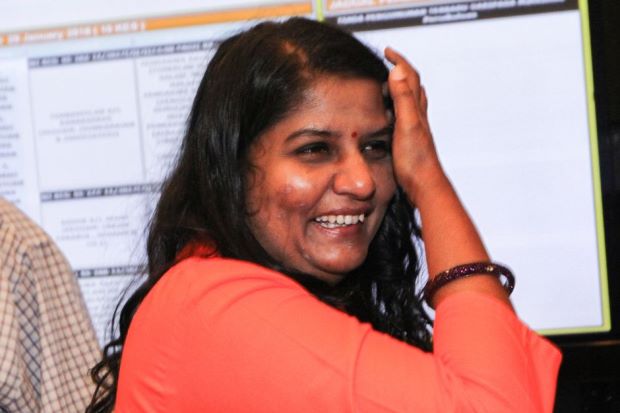 In recent developments, the Federal Court ruled that in order for a child’s religion to be changed, the consent of both parents is needed, thus voiding the unilateral conversion of Indira’s children.

In the landmark decision, which was made by the court yesterday (29th January), the judges referred to Article 12(4) of the Malaysian Constitution, which states that the religion of a person under 18 years of age should be decided by their parent or guardian.

According to the Straits Times, the judges came to a decision that the word “parent” in this article should not be taken literally, saying, “both parents have equal rights.”

Tan Sri Zainun Ali read out a summary of the judgement (which took 14 months of deliberation) to the court yesterday, saying,

“Since the children were not present (during the conversion), and the conditions were not fulfilled, the registrar has no power to register them as Muslims.”

Indira shed tears of joy when the verdict was read out. Her children were also relieved to hear the news when she informed them of the court’s decision yesterday. Her daughter, Tevi, told the Malay Mail Online,

“For the past nine years, people (friends and acquaintances) ask us what are we, as in what religion are we? And my answer would be ‘I’m a Hindu’, with confidence. After today, I can say it with assurance that ‘I am a Hindu’.”

Now that this part of the case has been settled, one thing still remains on the family’s mind… 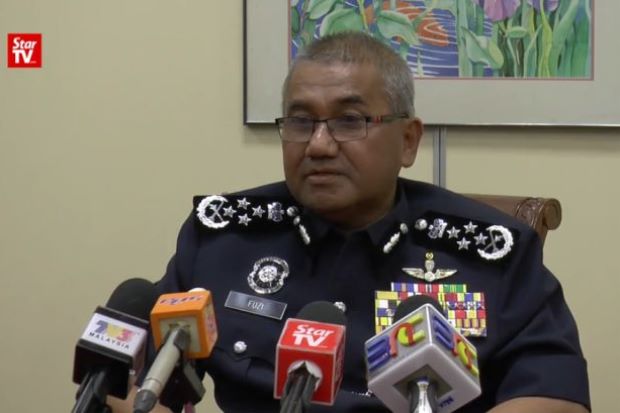 Despite feeling relieved by the court’s decision, Indira desperately wants to see her daughter, Prasana, telling The Star,

“My daughter is still missing. I want to see her. I really need to hold her. It has been nine years. When is she going to come back? Even though we have won this case, she is not here. My two elder children are still waiting to hear the news.”

Bukit Aman has reportedly never stopped looking for Indira’s ex-husband ever since a warrant of arrest was issued by the Ipoh High Court on 30th May 2014, according to the IGP, who said,

“We have not managed to track him down yet but we issued a media statement on April 29, 2016, urging anyone with information on his whereabouts to contact the police. We also consistently updated Indira Gandhi’s lawyer on steps taken to track down her ex-husband via two letters issued on June 13 and July 20, 2017.”

So, that’s all the current updates on Indira Gandhi’s legal battle for now. We hope that the authorities find her ex-husband and that she will be able to reunite with Prasana soon! 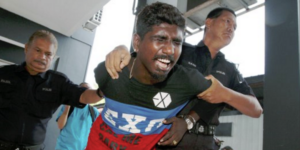