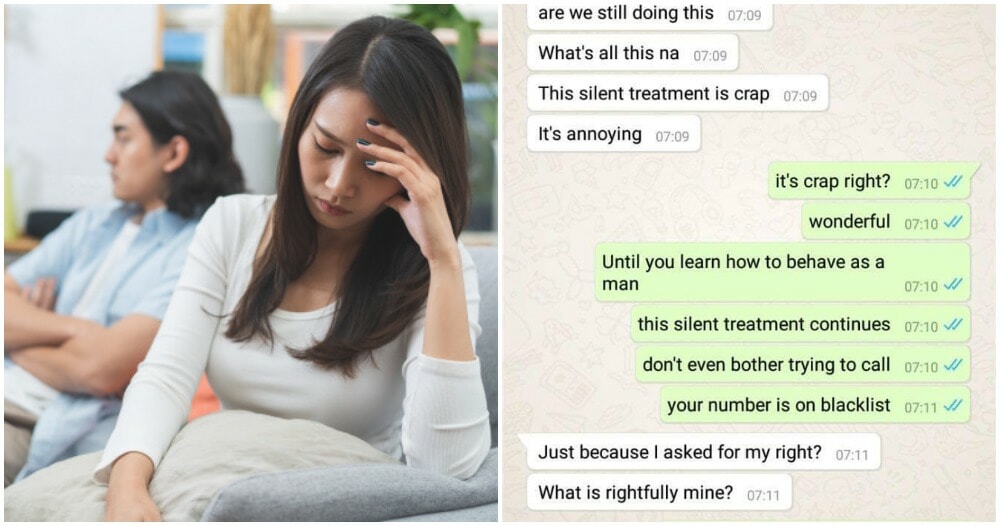 Recently there has been a post circulating on Facebook that includes a few screenshots of a Whatsapp conversation. What intrigued us the most was the caption, “I’m your boyfriend, so you have to give me sex. It’s my right”. The screenshots caught a lot of attention from people. 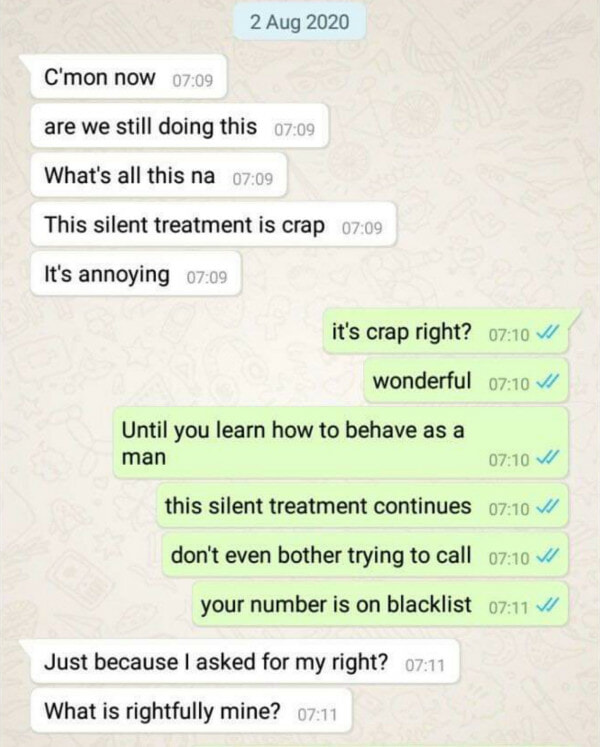 The screenshot of the whatsapp conversation 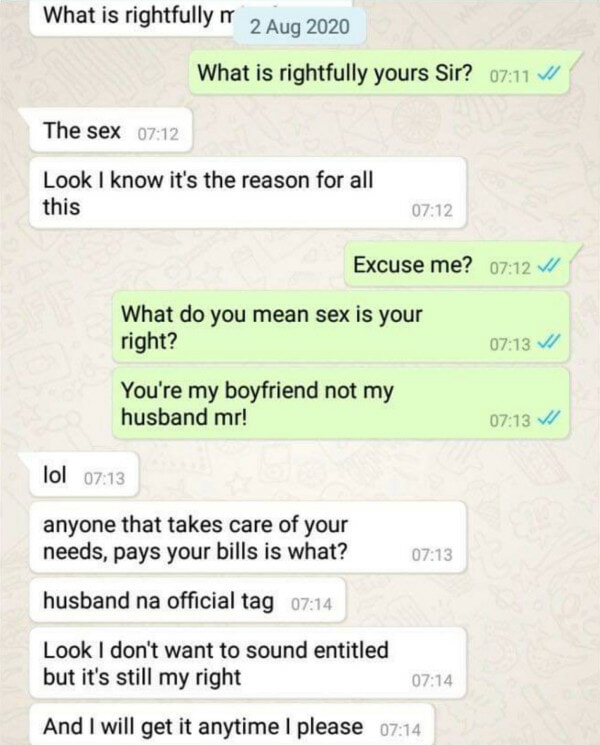 The screenshots are a conversation between a girl and a guy, who we assume to be her boyfriend, arguing simply because she refused to have sex with him. The boyfriend seemed to be quite angry because he got rejected and started to throw tantrums. The conversation shows how the boyfriend keeps objectifying her and demanding intercourse from her just because he pays her bills.

Giving bogus reasons like he’s the one who’s taking care of her and that she’s too dependent, the guy keeps spewing nonsensical thoughts throughout the conversation. The girl though seemed to be shocked by the things that her boyfriend was saying, but still stood with her words, and defended herself.

It is NOT a right. Here’s what we can do to make a change.

As citizens of this peaceful and hopefully progressive country, we must always appreciate one another. Regardless of race or gender, respect comes mutually. We, however, being in a culture where patriarchy has always been a norm, need to realise the importance of respecting women and protecting them.

Education is always the answer. Teaching the younger generations about respect and social responsibilities could be a stepping stone for a better future. Let women know that chivalry is not dead. It’s never wrong to be a part of change.

According to a study done by the U.N. Population Fund (UNFPA), one in four women were not free to say no to sex, and a higher proportion was unable to make their own decisions about health care. This shows the lack of ‘choice’ that women have even over their own lives.

One of the global goals adopted by the United Nations in 2015 was to achieve gender equality by 2030.  This goal was among the initiatives taken by the U.N. to tackle social ills like poverty and conflict. However, seeing the results of the previous study clearly tells us that we have a long way to go.

Thankfully in 2020, there are more public services available in Malaysia to aid women across the country. Here are some options for those seeking help;

They can provide advice, explore options, and you can also go for a face-to-face consultation with them.

Go to the “One Stop Crisis Centre” at Government Hospitals

If things start to get physical, do not hesitate to go and get help from the One-Stop Crisis Centre (OSCC) at any government hospitals. There, the doctors will provide medical treatment for any injuries.  They will also collect medical evidence, which can be used in court.

Do check the Women’s Aid Organisation (WAO) website for more info. You can also share this important information with friends and family.

Another number that is available for contact is the Talian Kasih, introduced by the government. They provide services to aid any emergencies that are associated with the community and welfare.

Let women feel safe! Be a part of the change. What are your thoughts about it? Share with us in the comments.