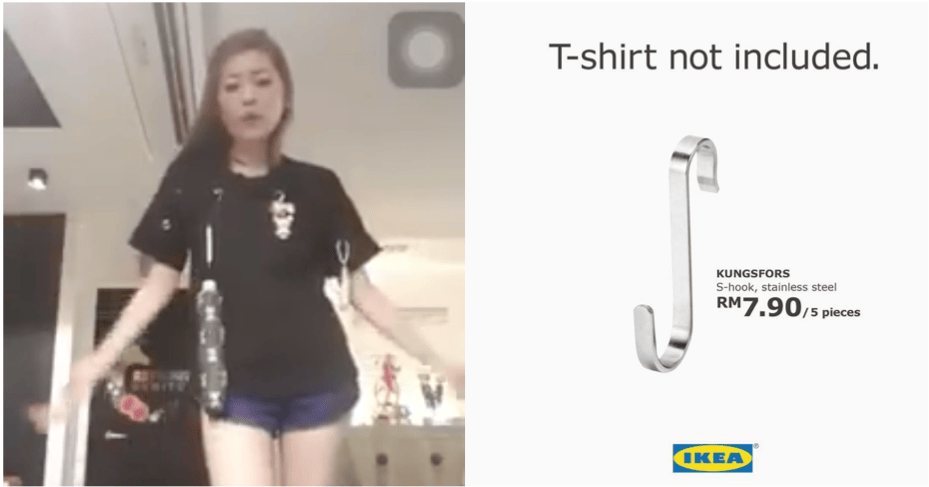 Remember the Facebook Live seller who went famous overnight due to her awesome sales pitch of selling that popular black T-shirt with some designs of holes on it where you can hook literally anything you want using the S-hook?

Known as Lerine Yeo from Singapore who runs Misshopper Boutique, she is now everyone’s favourite t-shirt promoter due to her hilarious live-stream video where she promoted the now infamous S-hook t-shirt. In the video, she says that one can “hoot” anything including a rotan, your takeaway wantan mee, chicken rice, umbrella and anything you can think of. The shirt only costs S$9 (RM27) too!

This is the video that started it all and it has now taken the region by storm thanks to her usage of Singlish and serious expressions. Her passion and energy in promoting the black ‘hook’ t-shirt have won the hearts of all the viewers as well.

She told Mothership that the t-shirt originally came with lace in the holes but she took it out to create the multifunctional top as she was inspired by hairdressers and renovation contractors. Malaysians and Singaporeans were tickled by her amusing and creative way of selling a normal T-shirt and the video has since been shared over 33,000 times.

For you to "hoot" anything you like. — Products shown: KUNGSFORS s-hook, 5pcs.

Now, Ikea Malaysia has reacted to the phenomenon, by doing what they do best and promoting their product the Kungfors S-hook at the same time in a funny and creative manner.

Selling at RM7.90 for five pieces, this promotional ad by Ikea might not increase the sale of the hook (maybe can lah) but surely it has put Ikea above other brands when it comes to reacting to what is trending among the locals. 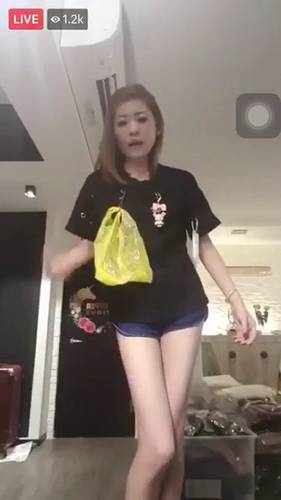 They even included a quirky “T-shirt not included” line just to complete the post. Of course, netizens who saw it found it funny as well with some of them saying that they need more than five as Lerine had advised them to buy “many, many hooks.” Some also said that now they knew where to get the hooks, they needed the T-shirt to complete the look.

That was certainly a clever marketing effort, Ikea Malaysia! What do you think of this ad? Tell us in the comments section. 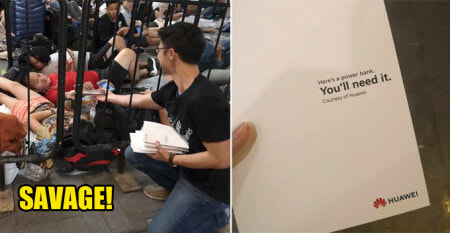