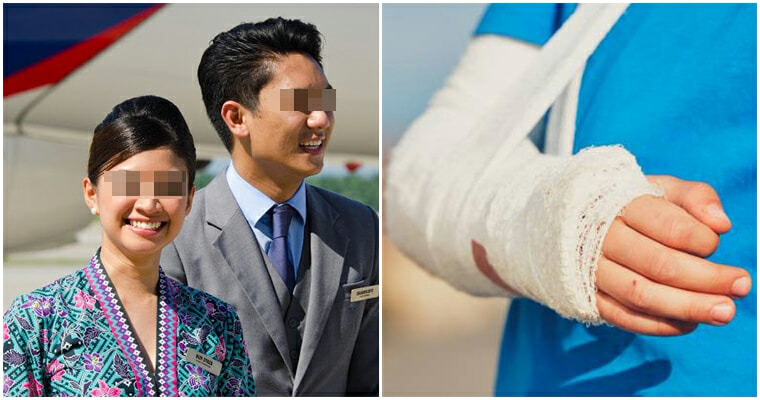 Some might think it’s fun being a flight attendant or a cabin crew. After all, you get to travel the world with a nice salary, and the uniforms look glamorous. However, there’s a reason why that pay is so high – uncertain call times, long flights with little sleep, dealing with terrible passengers and more.

A Twitter user that goes by the name @okedkama tweeted an Instagram story about her flight attendant friend, known as Mummy, who revealed the dark side of being one of the cabin crew.

“My friend, who is a cabin crew uploaded this on her Instagram story. What she said was spot on.”

The crew are prone to physical injury

In the story, Mummy described a situation that could probably depict the most dangerous factor of being a cabin crew.

“One of our crew had a broken arm because she was made to help a passenger lift their bag into the overhead compartment, and the bag fell and broke her arm.”

How heavy was the bag? Why was she made to lift it in the first place?

“A bunch of us have had slipped discs, broken our bones here and there, had to take very long medical leave, and some have even lost their jobs because of you ignorant passengers. Even if we place your bag in the cargo, we’d have to expect an email of complaint from you guys on the next day.”

Lifting bags are not in their job scope.

According to Mummy, it is not in their job scope to lift or pick up the passenger’s bag.

“It is not our job to carry bags. Our role is to make sure that everyone is safe throughout the whole trip. Safety, safety, safety.”

In some cases, some onboard passengers can’t even practice simple etiquette toward others.

“Especially those ungentlemanly people who would ask us women to lift their bags. If it was me, I would straight-up give it to their face, ‘Excuse me sir, please be a gentleman.’  Are you seriously asking women to lift your bags? In that situation, I will definitely ask them to get out of their seats and do it themselves.”

Mummy also advised old people and parents with babies to just check-in their bags so that they won’t bother workers with their bags in the cabin.

A lot of cabin crew face this situation

In the comments section, a lot of people shared that they suffered from similar situations.

“My cousin suffered from a slipped disc and torn tissue under her arm. She had to quit her job as a flight attendant after having minor surgeries.”

“I have strong arms because I always get galley work (in the kitchen) but my back became weak. It still hurts up until now. Partially due to flight service station (FSS) work. Whoever thinks that cabin crews just need to make yourself look pretty, give a safety demonstration, serve drinks and carry other people’s bags, let me crash into them with a cart. I’m glad that I have retired.”

“That is so true, the ground crew will always quarrel with the passengers when it comes to hand-carry luggage. I don’t know, sometimes the passengers just don’t understand. Sometimes they do it purposely to pick a fight. We can’t argue that much because then they would say that we are rude.”

If the cabin crew could express their real emotions, the passengers would probably be left speechless.

So really people, let’s play nice. It’s really sad to know that people could even lose their job due to the ignorance of others.

Also read: “You Have No Morals”, Angry Mother Yells After Being Told To Control Her Crying Baby in Flight 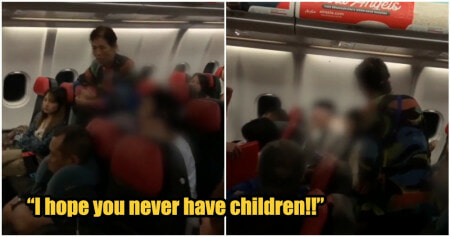