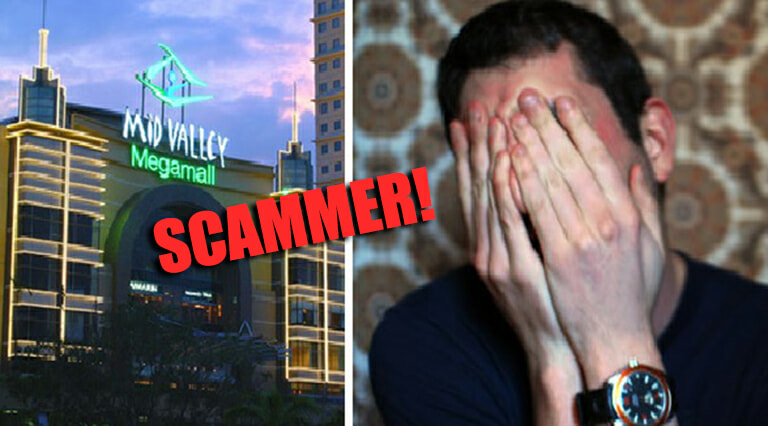 This was not the first time, oh contraire. Just last week, my boyfriend and I finished watching a movie in Mid Valley and was heading to our car.

While we were on the connecting bridge of Mid Valley heading toward The Gardens (where we parked), a distraught Indian man in his mid-late 20s approached us. He was dressed in a T-shirt, sweatpants and flip-flops and spoke in fluent English.

He asked if we could help him because he lost his parking ticket.

He had on a very genuine worried face.

“I lost my parking ticket and I don’t have enough money to pay for the RM50 fine. I’ve been walking around for 2 hours. I approached a few people and they spared me some money, but it’s still not enough.” he said to us, while showing us the RM15 he had in his hand.

He seemed helpless and pitiful, and it was already really late, about 12.30am. However we tread lightly and were careful to not give him any money. I mean come on, you cannot simply just give strangers money.

In fact, we actually gave him a solution and told him to approach the management instead.

“Just let the parking cashier or management know that RM15 is all you have. They’ll let you out. I mean, what can they do? They can’t just lock you up in here.” we told him.

“I tried asking earlier but they said the fine is RM50.” he replied.

We replied more sternly asking him to rest assure that the management WILL let him out because we have experienced this same situation before. But no, seriously, we did.

Hey it’s a win-win solution. I don’t have to lose money, and he can finally go home.

He asked which parking cashier did we talk to last time. We replied “zone U” and he went on his way.

Now, why the heck did he needed to know which parking it was, because obviously it depends on your own friggin parking lot. Takan you ask the cashier in Zone U when your car is parked at Zone A.

After that, there was an onlooking cleaning auntie who witnessed the whole scene. She told us he is always around, asking people for money. Scam alert!

Fast forward to this week.

We were on the same bridge heading to our car when I spotted the same man but I wasn’t 100% sure it was him. On the way down to our car, he approached us once more, using his very stressed out tone and worried face.

THIS MOFO FORGOT HE TRIED TO CHEAT US ONCE.

Before he could finish, my boyfriend confronted him and said, “Wait I know, you lost your ticket right? And you don’t have enough money to pay for it? Dude, I encountered the same thing the other day.”

“But it isn’t me. This is my first time asking.” he replies.

“Are you sure?” and he proceeds to scratch his head in worry for being bustedddd.

My boyfriend’s answer after that:

Then he quickly left the other way. (and no, my boyfriend ain’t black).

My regret was not chasing him down and hand him over to security. My bigger regret is forgetting Journalism 101: Whip out your phone and record all the shit down. Or.. at least take a picture.

Whoever visits Mid Valley often should be careful of this new trick that prey on other people’s kind heart, especially when this has already happened to me twice in one week!

Also read: Another Victim from S.Korea Reveals How He Was Scammed by Sunway Pyramid’s Lenovo Staff 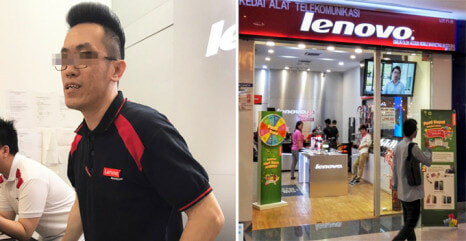