According to Malaysian Health Minister Datuk Seri Dr Adham Baba, a total of 385,251 individuals have completed both doses of the Covid-19 vaccine as of yesterday (10 April 2021).

Dr Adham said in his Twitter posting today that 571,472 individuals have received the first dose of the vaccine, making the total number of people who have been inoculated with the Covid-19 vaccine in the country now stands at 956,723.

In the infographic posted by Dr Adham, the states with the highest number of people who completed the first dose of vaccination are: 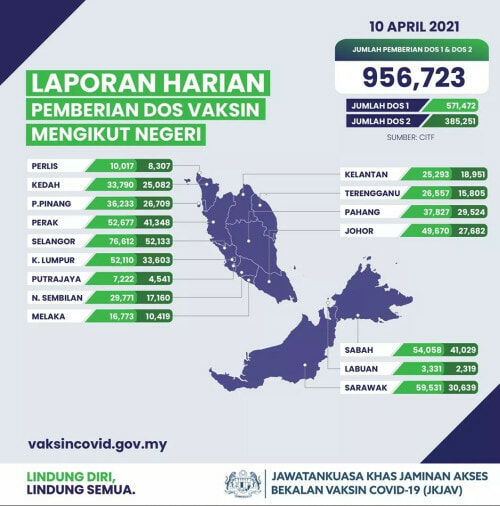 In addition, the five states with the highest number of people who completed both doses of vaccination are: 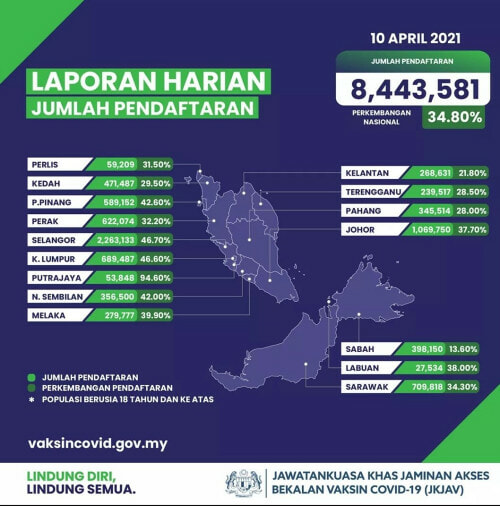 Phase 2 of the vaccination program will begin this month (April) up until August this year, involving 9.4 million individuals, involving those in the vulnerable groups as well as the senior citizens aged 65 years old and above.

Phase 3 of the vaccination program, however, will start in May until February 2022, targeting approximately 13.7 million individuals. 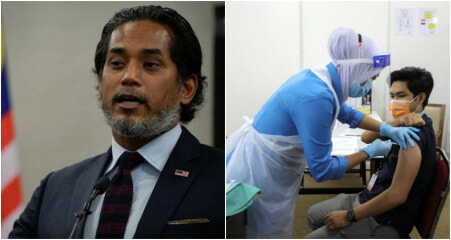