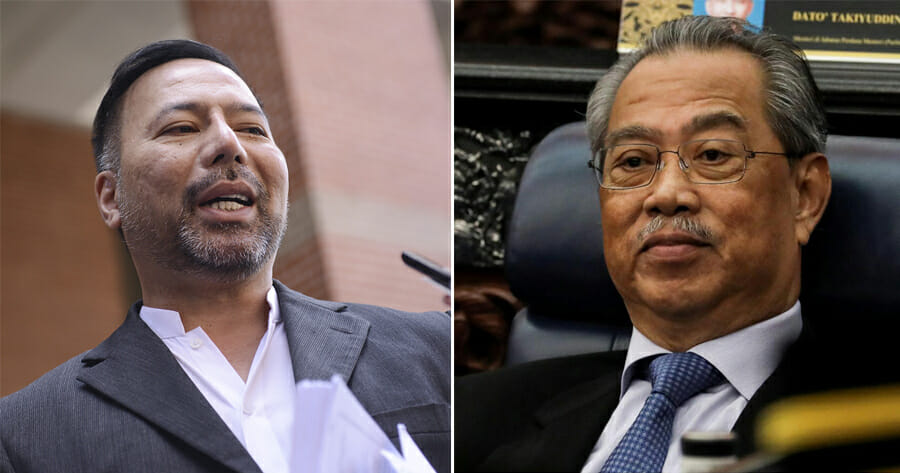 Prime Minister Tan Sri Muhyiddin Yassin and the Malaysian government has been SUED by former Jasin parliamentary coordinator Datuk Seri Khairuddin Abu Hassan in an effort to challenge the PM’s action of advising the Yang di-Pertuan Agong to declare a State of Emergency in regards to the Covid-19 pandemic.

According to Bernama, Khairuddin filed the suit at the High Court on 18 January naming Muhyiddin as the first defendant and the government of Malaysia as the second defendant.

The ex-UMNO leader claims that Muhyiddin was not in the position to advise the Agong as the prime minister as he had lost the trust of the majority of the Members of Parliament (MPs). 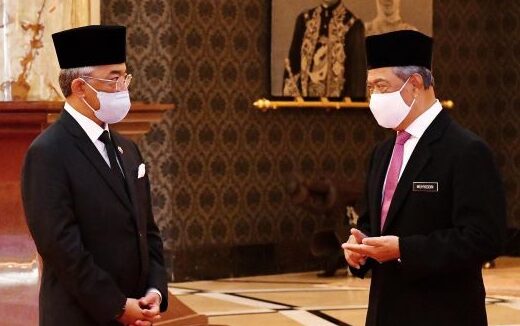 Khairuddin said he wants the court to decide whether the declaration of emergency intended by Muhyiddin was done in fraud of law as Muhyiddin had advised the Agong after having allegedly lost the trust of the Dewan Rakyat to still be the PM.

He also said that the Cabinet meeting Muhyiddin called to make a decision on bringing the matter to the Agong, and the suspension of Parliament until 1 August was unconstitutional and illegitimate.

“We are only questioning Muhyiddin’s legitimacy as the prime minister and whether he was in any position to advise Agong on the state of emergency,” Khairuddin’s lawyer Muhammad Rafique Rashid Ali told The Edge Markets.

In a media statement, Khairuddin said, “A prime minister, who has lost the support of the majority of parliamentarians, should not have acted in such a way. This is at odds with our democracy.”

“A bad precedent like this should not be set in a democracy.” 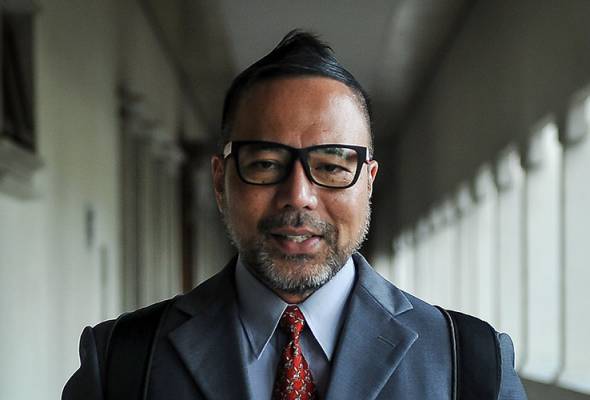 When Muhyiddin sought the Agong about the matter on 12 January, he explained that he had advised the Agong on the declaration of emergency under Clause (1) of Article 150 of the Federal Constitution which states,

“If the Yang di-Pertuan Agong is satisfied that a grave emergency exists whereby the security, or the economic life, or public order in the Federation or any part thereof is threatened, he may issue a Proclamation of Emergency making therein a declaration to that effect.”

In his originating summons, Khairuddin, among others, wants the court to decide on four legal and constitutional issues over the Emergency proclamation.

Also read: “No military coup or curfew” Here’s Everything The PM Said In His State of Emergency Announcement 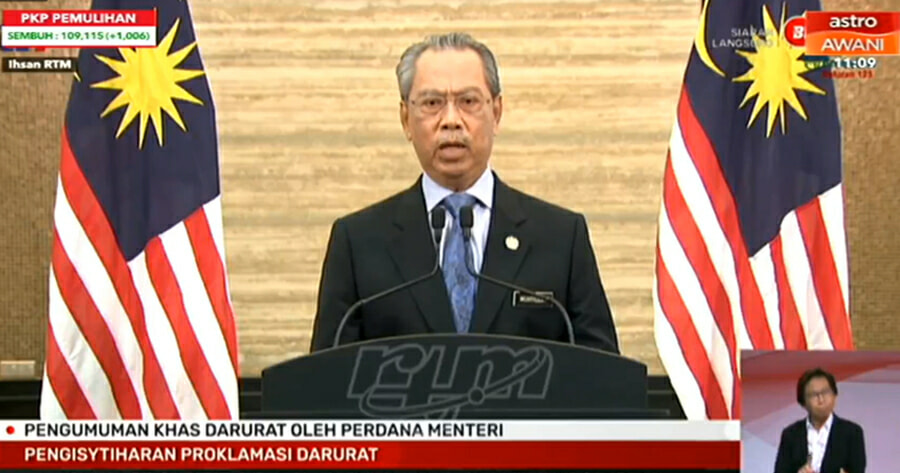