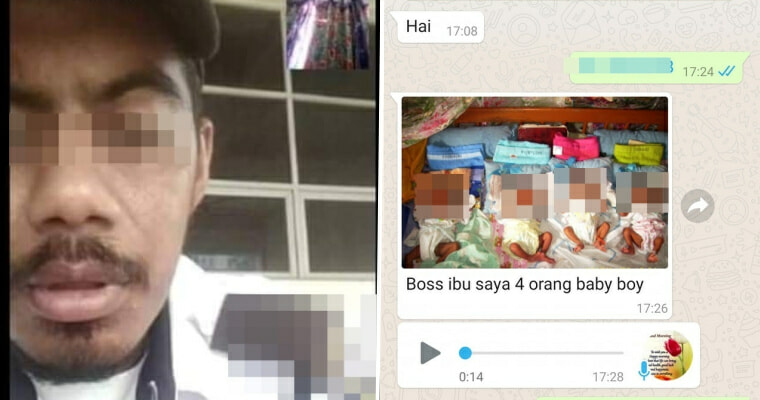 Ladies, please beware of this man!

“The man called me and told me that his mother had just given birth to quadruplets (all boys), however, they have to give them (the babies) to someone else to take care of them due to their financial difficulties.”

“I told him that we are from a different religion, thus we are not really allowed to adopt them as anak angkat (adopted child).”

The man then emphasised that his mother is Chinese, and the babies must be adopted by a Chinese person as well. He also mentioned that he might want to sell the babies. 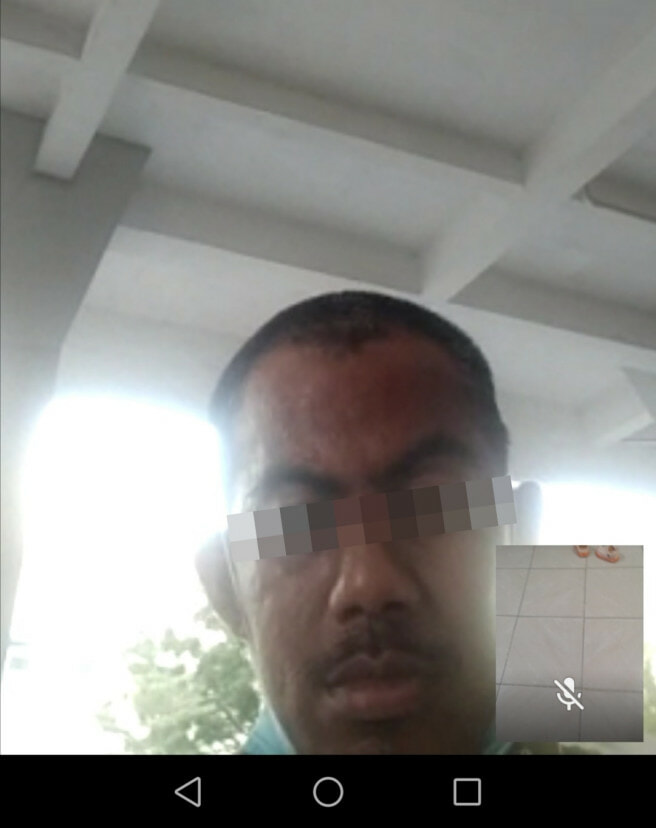 Jeanne then assisted him to look for Uztaz Ebit Liew, the popular preacher and philanthropist, in hopes of helping the four babies.

“He then video called me. I felt strange when I saw his face as he looks almost 50-years-old, so how is it possible for his mother to still give birth?” she doubted.

“I asked him several questions to verify my doubts, he said that his mother is 49-years-old and his father had passed away a long time ago.”

“Walao!? I asked him how is it possible to have babies in that case? He told me that his mother had an affair with another man,” she writes.

Jeanne started feeling weirder as the conversation progressed. The man was being inconsistent, and he even asked her for breast milk. Jeanne then ended the video call by telling him that she has to work.

After they ended the video call, he kept sending the photos he took from her Facebook page, including photos of her kid and pictures of her when she was pregnant.

“He spammed me with a lot of weird texts through WhatsApp from 5.30pm till the night, he only stopped during lunchtime. He even pretended to be a crying baby and staged a scene where he was in the delivery room. (You can listen to it in this video).”

Jeanne kept ignoring his messages but did not block him immediately because she wanted to collect more evidence.

“I saved all his messages as the police wanted me to collect all the messages that he sent me. Last but not least, do you know what he sent me?”

“He sent me pictures of his penis, and I blocked him after I screenshotted and recorded the conversation for the authorities.”

Jeanne also attached the perverted man’s pictures on the Facebook post. She stated that many netizens have tagged her in similar posts as multiple victims have been speaking up over the past few days.

“Lastly, the main purpose of me sharing the story is to raise awareness. If your pictures were used by the suspect, please report them to the police. It is most important to protect ourselves.” 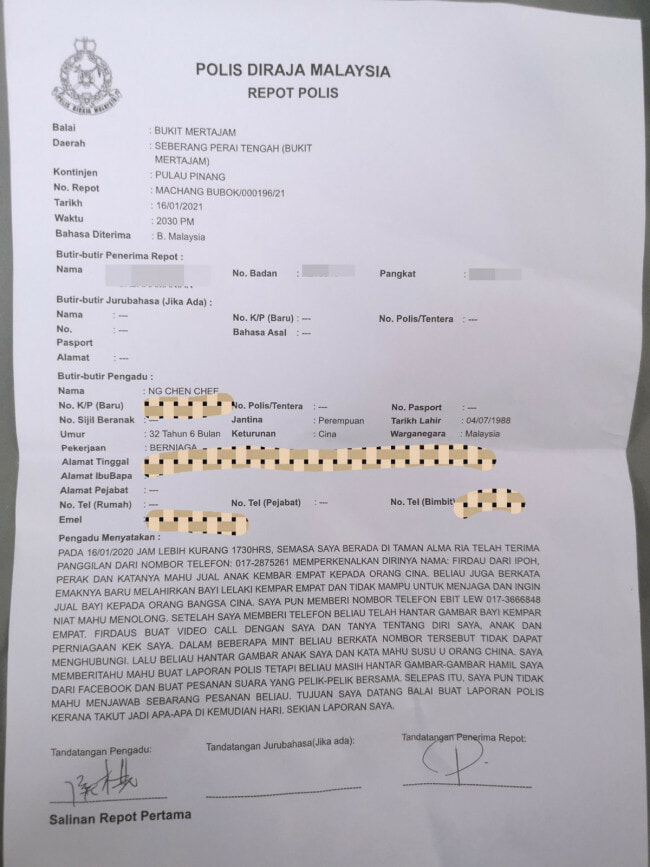 Jeanne updated her post that the man was arrested by the police on 23 January. However, he has been released.

“Netizens who were also harassed by the perverted man, please report to the police, so that he will be arrested!” she writes.

Fellow netizens who are also facing the same experience, do not hesitate to lodge your police reports!
Also read: M’sian Girl Applies For Job On Facebook, Gets Perverted Video Call By Man Pretending To Be A Lady 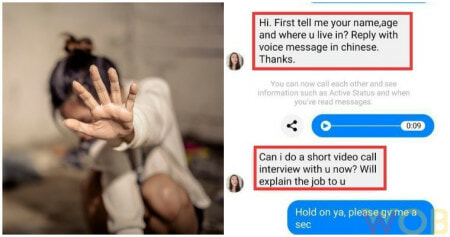