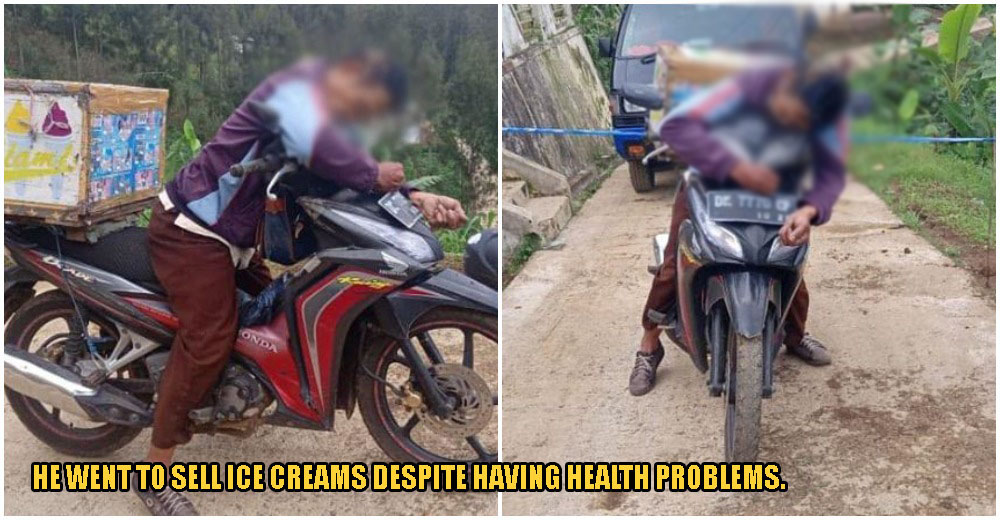 Our parents work hard to provide the best life for us and sometimes, we never know how much they have sacrificed to keep us safe. No matter how tired they are, they put on a brave face and smile so that we don’t see their sufferings. This man showed us how hard a father works just so his family could have a better life and even disregarded his health and safety.

Misyanto, 66, who was an ice cream vendor was found dead on his motorcycle by the local people at Desa Ledokombo, East Jawa, Indonesia.

Suara Indonesia reported that Misyanto was found by Suwoco who wanted to cross the road but found Misyanto blocking the road with his head lying on the motorcycle handle. When Suwoco honked to get Misyanto’s attention, he started to notice that something was wrong and went to check but instead he found Misyanto’s still body.

It is suspected that Misyanto had died due to overwork as he ignored any tiredness he had to sell ice creams to support his family. 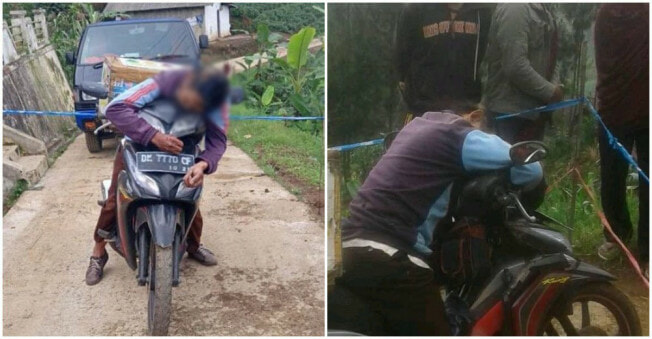 Police investigations didn’t find any signs of a struggle and none of Misyanto’s belongings were missing. His family didn’t want an autopsy to be done as well. A spokesman for the Sumber Police Station, Iptu Sono clarified that an examination of the body was done by the medic team.

“His family members said that he would always complain of having headaches and breathing difficulties. Yet, he insisted on going to sell his ice creams.”

To all the hardworking parents out there, at the end of the day, remember who you’re struggling for. There’s no point if you’re working too hard but no one’s there for your family. 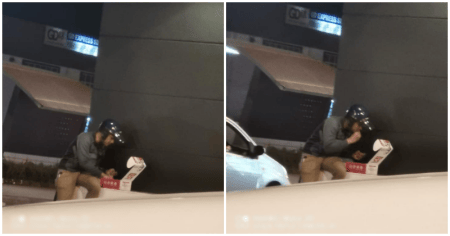