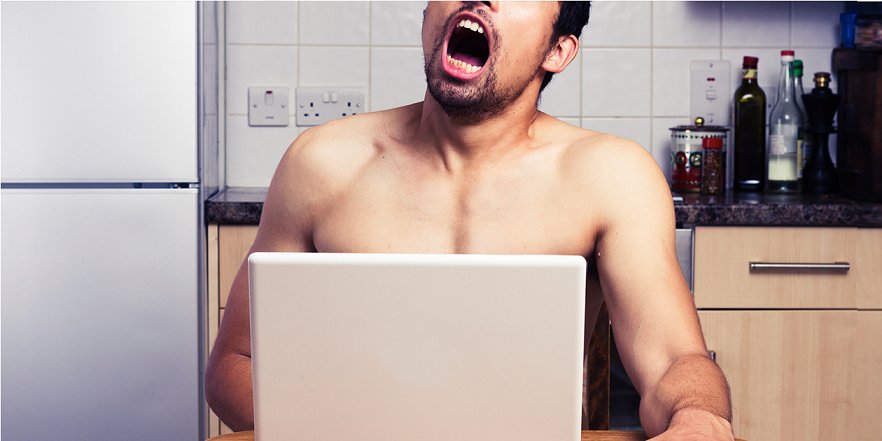 Honestly man, if you can hold out as long as he did then that’s a superpower in and of itself.

Reddit user Brohit shared his journey on the subreddit, r/NoFap which is followed by almost 200,000 Redditors at the time of writing and well, here’s his story!

“I started NoFap almost 2.5 years ago. After constantly relapsing [read: fapped] for 4 months I gathered the will to go full cold turkey” he said.

On what helped him to stop he simply replied “I can’t tell you what exactly I did and why it worked. That’s up to you to figure out what works for you and what doesn’t”.

According to him once he stopped “mind did feel a lot clear” and he “was at peace more often”.

“I was able to feel all those things you call ‘superpowers’ too – sudden increase in confidence, laser sharp focus, more attention from women, easier to find sex, energy boosts, etc.”

“However, I don’t like to refer to them as ‘superpowers’ – how do we know these superpowers aren’t just normal human tendencies?”

He theorised that “the constant glorification of sex and fine-ass honeys” that clog us from social media and advertising “has fogged our general perspective”.

“now we can only think about sex and what it would be like to sleep with women that have ‘perfect’ bodies.

“But once we start controlling our sex urges, our mind realizes that there’s more to life and this world than just sex and hot women. If we can learn proper self-control, we can master anything.”

Then he proceeds to call himself hypocritical, saying “I don’t practice what I preach.” and that he “realized” that he has “way too many other addictions and obsessions.”

Nothing serious like drugs and stuff, but more like increased obsession with women, or as he puts it “I check my phone every few minutes to see if that cute girl I texted has replied to my texts/ snaps” and “I go on tinder so frequently to see if I can find my one true soulmate (or maybe just get laid soon).”

“And if none of these things go according to how I want them to, my self-esteem and general level of happiness takes a serious blow.”

“You guys might say that these are healthy addictions. But I don’t want to agree to that.” he said. “They’re all meaningless attachments. I want to get rid of them because they bring nothing but misery to me in the long-run.”

So he “started pulling these out of my life one-by-one” and he reportedly feels “much more at peace”. He also did admit that all it would take is one day of relapsing to undo all of this and would probably leave him worse off than when he first started.

“At least now I can take comfort in the fact that if I can control my urge to jerk off then I have developed a strong enough will power to beat an addiction that people blindly don’t even consider an addiction.”

He further urged people who want to follow in his steps to explore the subreddit for tips to cope during ‘hard’ times!

“We are all born with an empty void inside of ourselves. All our life we try to fill this void with something or the other.

How we fill this void makes us who we are. But this makes me wonder how can all these man-made, artificial things compose our personalities?”

So would you guys try to follow in his footsteps? Tag your bros that should stop pole vaulting!