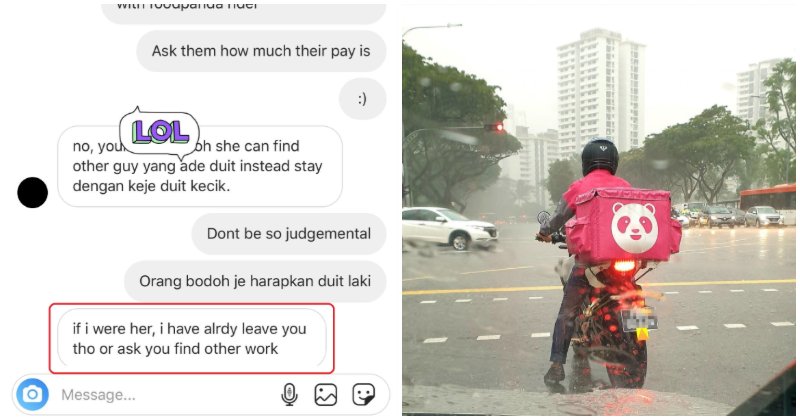 Sigh, just when you thought us girls were beyond relying on a man, especially for material things, another Malaysian girl strikes again.

We last saw a girl who refused to believe that other girls can buy their own jewellery, but now, we’ve found a girl that had decided that it’s okay to approach a random Malaysian guy via Instagram direct message to let him know that he should earn more if he wanted to keep his girlfriend.

Arip wrote, “There are still species like this. What a bad attitude. Adoi.”

Girl: Don’t get offended because this is my opinion, you work as a rider (food delivery), I don’t know how much they pay you but from what I know is that it’s low. During dates, the guy must fork out money, right? But what if it’s not enough for two people, don’t tell me the girl has to pay instead.

Arip: What I can tell you to do is to make some friends with Foodpanda riders. You can ask them how much their pay is.

Girl: Your [girlfriend], to be honest, she can find other guys who have money but instead she’s with someone who is earning low.

Arip: Don’t be so judgmental. Only dumb people rely on a man’s money.

Girl (she didn’t give up after the burn): If I were her, I would have already left you or asked you to look for another job.

I can’t believe that someone would have the audacity to say that, especially to a stranger!

Obviously, netizens were not too pleased with the girl’s attitude and outlook on relationships in general.

This comment goes, “Again… The type that relies on guy’s money. I’m married and I don’t even fully rely on my husband’s money. Isn’t it embarrassing to use other people’s money? Wants an easy life, waiting to be spoon-fed. Sometimes I pay for the meals when I go out with my husband. She demands too much. Disgusting.”

Seriously, it’s close to impossible to think that there are still girls with such shallow and backward mindsets out there. People should be loved for their personality, their drive and passions, not for their money.

Arip’s posting has since garnered over 2,900 retweets.

In the immortal words of Jennifer Lopez, love don’t cost a thing.

Also read: M’sian Girl Verbally Abuses BF and Blames It on Her PERIOD, Gets Schooled by Females Online 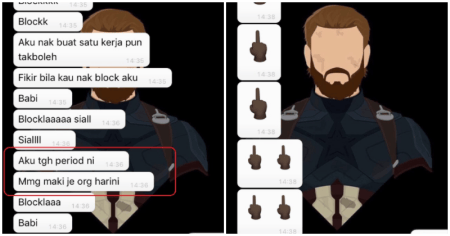