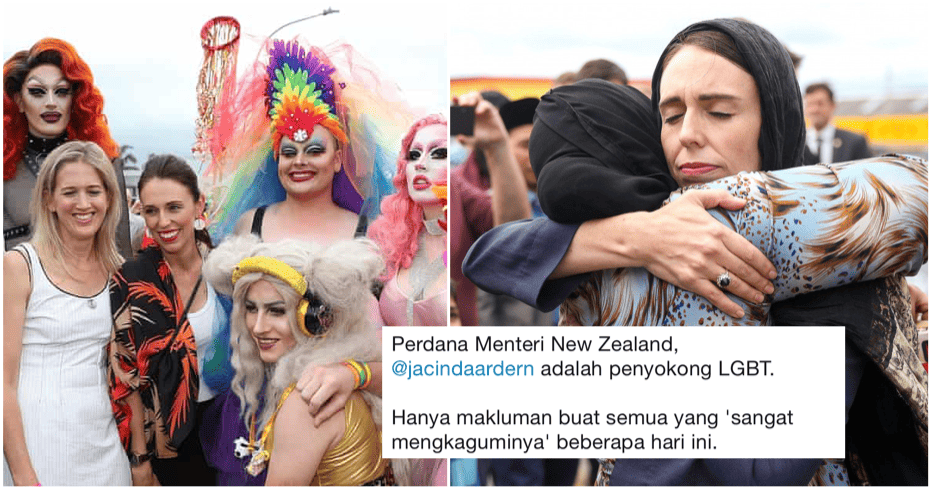 New Zealand Prime Minister Jacinda Ardern has become the benchmark when it comes to dealing with a terrorist attack. Her approach was firm, compassionate and she took several initiatives to make things right, putting aside prejudices to ensure peace and confidence were restored after the heinous Al Noor Mosque massacre.

Jacinda’s approach is praised by the Muslim community around the world including the ones from Malaysia. However, there will always be that one person who fails to see the goodness done by others.

This person was brought to our attention by Ashraf Ariff, who asked how bitter can one be?

How dark is your soul that you can’t see the good in people? https://t.co/cLHTUE73X3

She tweeted yesterday (23 March) reminding her followers that Prime Minister Jacinda is a strong supporter of the LGBT movement. Surely this is her attempt at provocation to bring down the positivity surrounding Jacinda, instead of being thankful that she was there to support the Muslim community in New Zealand.

She did not get the reaction that she wanted. Netizens have largely criticised her for not being able to see the bigger picture.

People should never undermind a good deed just because of one’s creed, religion, race, colour or ethnicity. As we all know, these labels might be the reason that separates us people and trigger conflicts in the first place. We would only be able to achieve peace if everyone is treated equally. So stop with the toxic negative thinking. Mmm Kay?