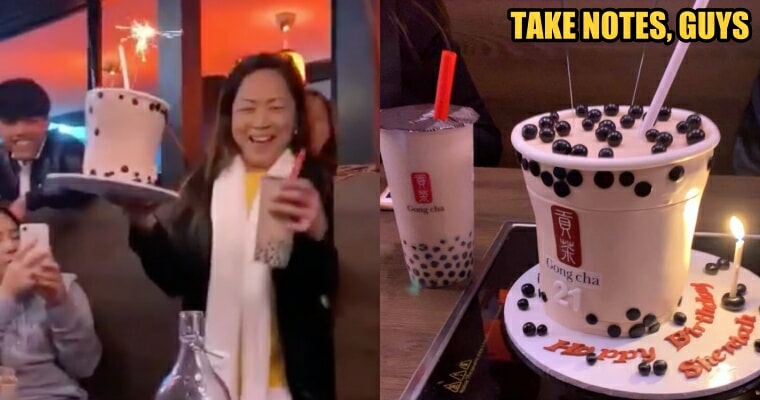 Yes. The Game of Boba never ceases to amaze us.

Sheniah Khademi shared on Subtle Asian Traits how she was surprised when her 21st birthday cake came in the form of a 3D Gong Cha bubble tea cup. Her post blew up in just 12 hours after it was posted and garnered over 20,000 reactions and 8,400 comments!

It’s definitely well-made because it resembles the actual product.

She revealed that her birthday meal was a last-minute plan as she only decided on the restaurant the day before. Sheniah told WORLD OF BUZZ that she was stunned as at first, it seemed like a regular birthday dinner at her favourite hotpot restaurant at Gold Coast, Australia.

But when they were preparing to leave (or so she thought), the birthday song came on when she least expected it, and she even felt the song was meant for someone else at another table.

Suddenly, her mother appeared out of nowhere, holding a gigantic cake in one hand, and a cup of (actual) boba on the other! Seeing how unique and intricately crafted the cake was, she was thrilled about the surprise!

“All of a sudden, I see my mum come to me with a Gong Cha themed cake with sparklers and a candle!”

In case you guys are wondering, the cake was chocolate flavoured, which was also the birthday girl’s favourite! We thought it would be boba inside out, but they put her preference into consideration instead. How sweet!

“Not only that but they had actual bubble tea for me! I was soooo surprised and happy!”

It was indeed an unforgettable birthday celebration for Sheniah, and we’re happy to see that she had a blast on her 21st birthday.

Who wouldn’t appreciate such a pleasant surprise like this? There you go, a new idea to surprise your friends and family on their birthdays. 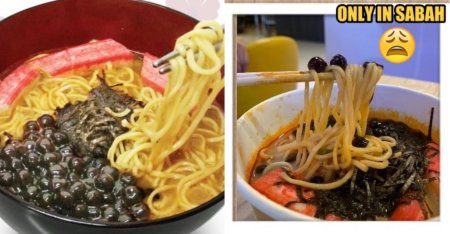