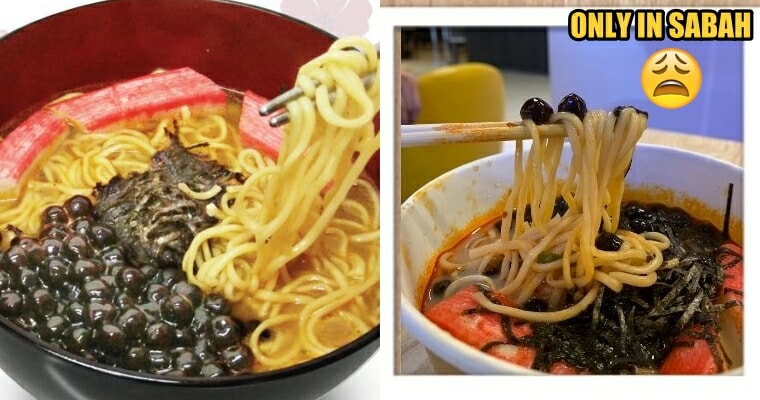 Malaysia is definitely hopping onto the “boba-ndwagon”, and it seems like it’s going outta control!

Because now we have… Boba ramen. 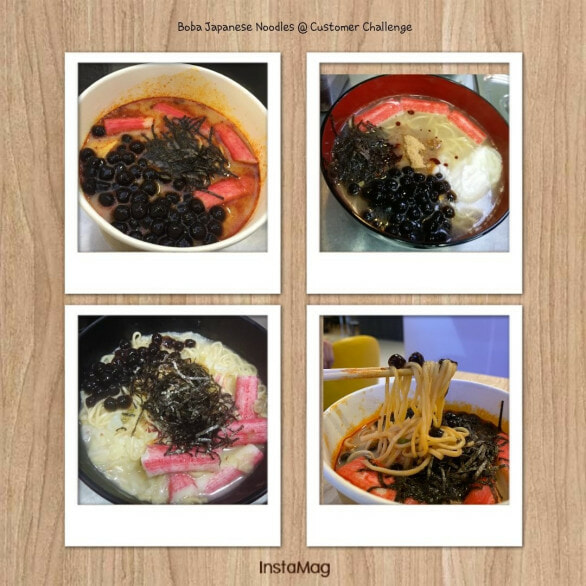 Apparently, Ochado Sabah had released a new menu item TODAY — Boba Japanese Noodles. And this item is currently only available in Sabah.

Claimed as the first-ever boba ramen created in Kota Kinabalu, this speciality includes a portion of crabstick, tapioca pearls, with a choice of miso or spicy soup base. Ochado Sabah said they’re confident that we’ll fall in love with the combination of boba pearls and Japanese ramen. (We don’t know about that, yet.) 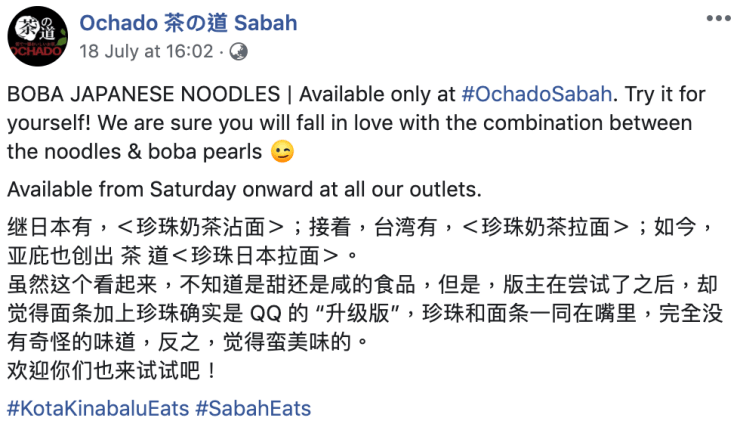 They’ve also emphasised on the “upgraded” chewiness of this combo, and reassuring us that there isn’t any “weird taste” when the boba pearls and noodles are eaten together. We guess it’s the combination of the sweetness of boba pearls and the savoury soup base that makes this ramen taste unique and palatable.

Many fans were sceptical about the interesting-looking bowl of ramen and left comments doubting the flavour. And a lot of the comments stated that this combination is “too disgusting”. 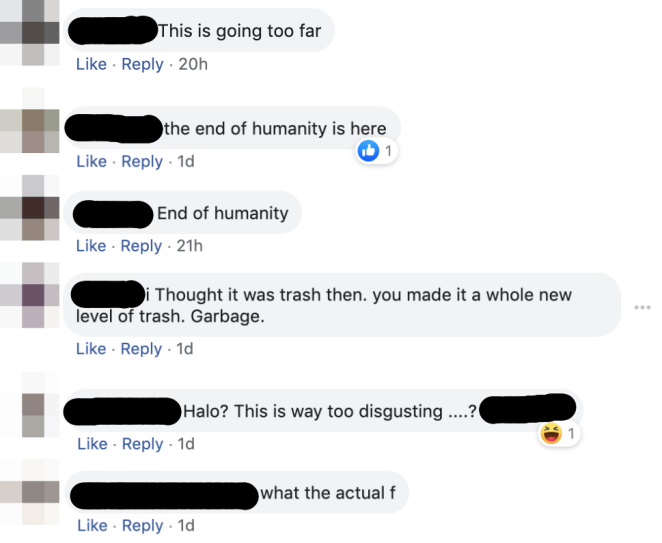 Is it really that inedible? We’ll leave it to you to decide. Has humanity gone too far for boba? Let us know in the comments.

Also read: A Chinese Girl Choked and Died on 3 Boba Pearls After They Shot into Her Airway from Sucking Too Hard 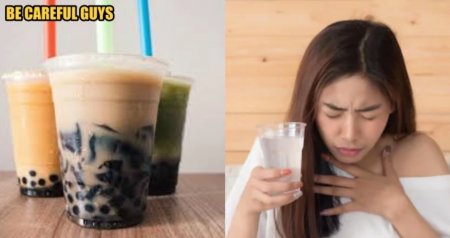