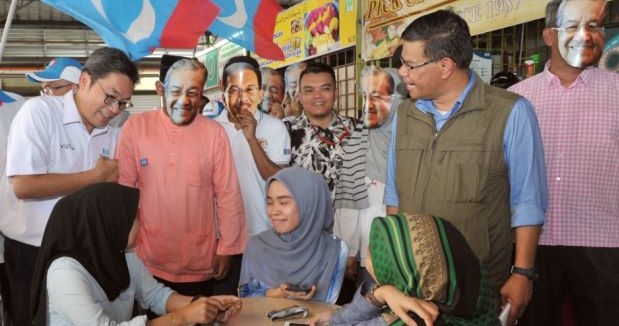 Imagine having lunch on a random day, and suddenly you see not one, but many Dr Mahathirs and Anwars enter the shop. Wouldn’t that be a fun sight to see?

‘Tun Dr Mahathir Mohamad’ and ‘Datuk Seri Anwar Ibrahim’ were recently spotted mingling with the crowd during lunch at the Bayan Baru food court in Penang, asking them to vote for Pakatan Harapan.

But do not be fooled! They were only Pakatan supporters wearing masks of Dr M and Anwar as they did their walkabouts, according to The Star.

Approximately 30 PKR supporters reportedly donned the Dr M and Anwar masks. There were many instances where ‘Mahathir’ and ‘Anwar’ shook hands to signify that the rivalry between them was now over. 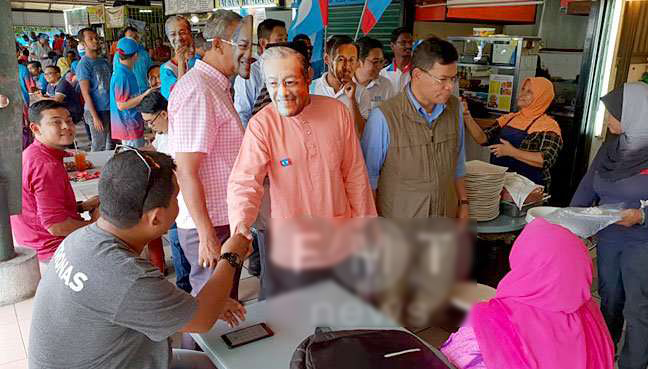 The masks cost around RM2 each and were created locally, according to Sim Tze Tzin, who is contesting the Bayan Baru parliamentary seat on a PKR ticket. He had printed more than 500 cut-out masks, which he would distribute to opposition members and supporters in the country, reported Free Malaysia Today.

“I made some for Pakatan supporters to wear in my constituency. We will do more if necessary,” he said.

He added that this was another strategy to encourage Malaysians to vote for Pakatan Harapan, since photos of Dr M and Anwar on billboards were banned by the Election Commission.

“They have cut out Anwar and Mahathir from our billboards. Our members are certainly very angry about this. So they are here to help campaign for Pakatan Harapan, he said. “In the next four days, we want to send ‘Anwar’ and ‘Mahathir’ all over the country to campaign for PH candidates.” 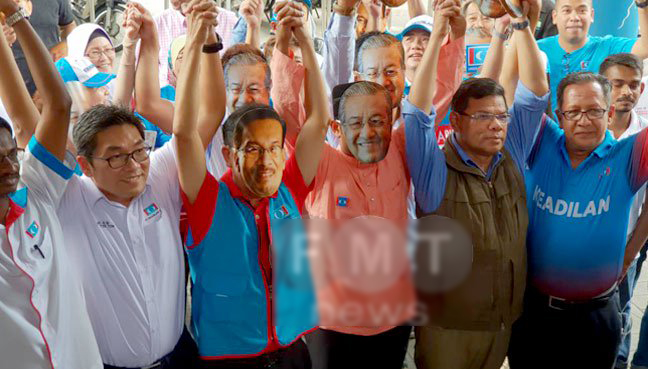 What do you think of this new campaign strategy? Pretty creative don’t you think? 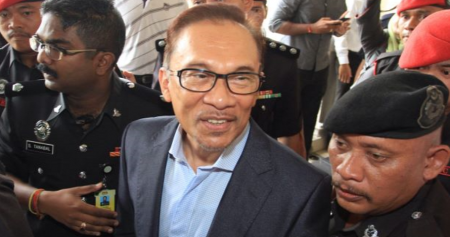