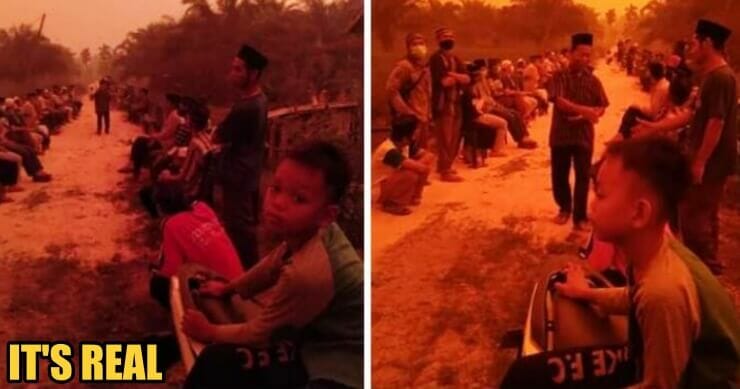 We can’t believe what we saw.

A series of videos and photos have been shared on social media since yesterday (21 September), showing blood-red skies looming over Muaro Jambi, Indonesia. 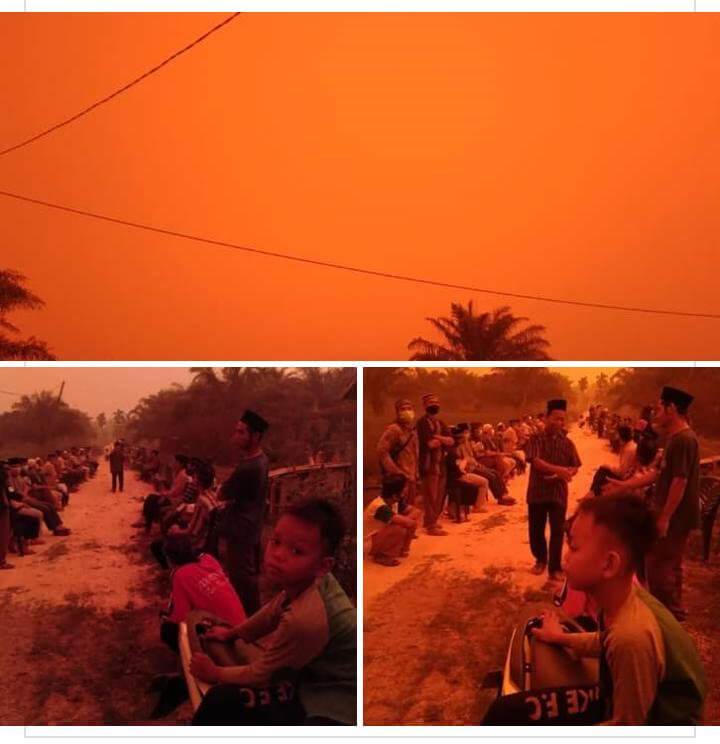 At first, we couldn’t believe it because the photos seemed unbelievable and unreal. But a few netizens provided similar pictures of the same occurrence, and we’re only convinced that this was real.

Here’s a video of the area, uploaded by Twitter user @zunishofiyn:

You saw that right. The entire sky was covered with red-coloured smog, caused by the forest fire nearby. The ashes had flown into the residents’ houses, and people were terrified to go out because of the bizarre phenomenon. According to Malay Mail, the sky began turning red from yesterday noon until 4 pm local time.

The Indonesian Meteorological, Climatological and Geophysical Agency (BMKG) Jambi, explained that the colour changes of the sky from yellow to red was caused by the inability of the sun to reach the ground due to the thick smog.

They added that this phenomenon would be resolved once the pollution is blown away by the strong winds, as well as episodes of rain.

The residents of that area expressed that they could smell smoke, as well as inhale ashes. Even when they stayed indoors, they still felt suffocated.

It was indeed a scary encounter for their residents! It’s truly a sign that our ecological crises have already gone past the breaking point. We hope that the forest fires can be ceased ASAP.