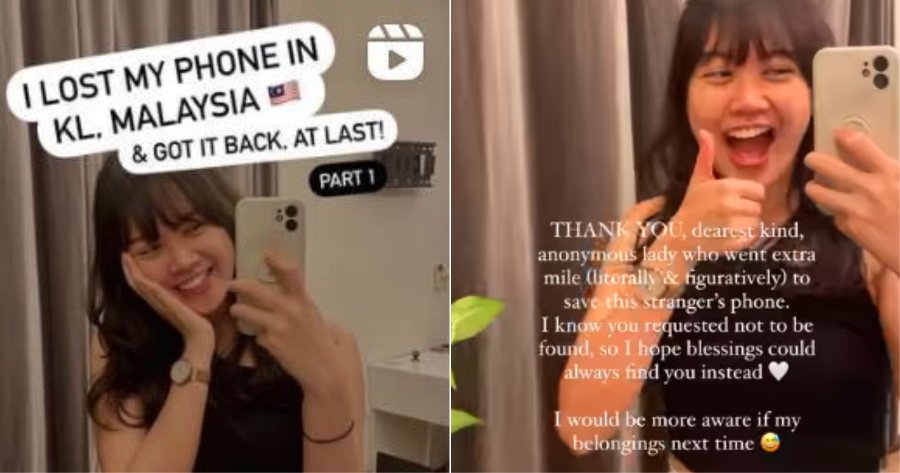 While for many of us, the answer to that question is a definite NO, one expat from Indonesia got the surprise of her life after she accidentally left her phone in a bathroom stall at The Gardens Mall, Kuala Lumpur.

Taking to her Instagram account to recount the incident, @laurencia.bella (Bella) shared how a kind samaritan had found her phone and handed it over to a police station, where Bella managed to get it back! 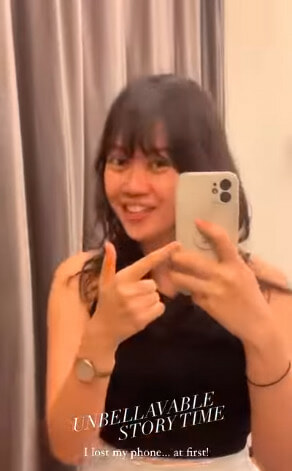 “Yeah, it was shocking at first. But then, I managed to get it (her phone) back after a few hours, all thanks to the kindness of strangers in Malaysia!”

It all began when she had accidentally left the device on a shelf in a bathroom stall while she was still wearing her bluetooth connected Airpods. Bella noticed she didn’t have her phone on her when her music had stopped playing.

She then asked around, but no one had seen it. The funny thing was that her Airpods could be connected to the phone again at one point, which meant that it was nearby somewhere! 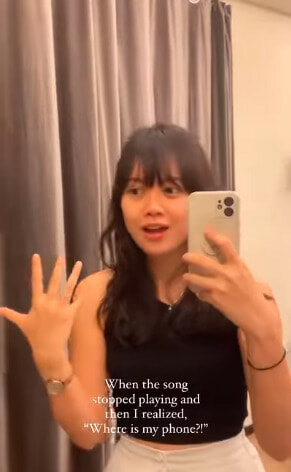 “So, I’m like, where’s my phone? My phone must be around here,” she explained, adding that she started asking around again but to no avail.

Bella then went to the concierge, where the staff had informed the cleaners to look around for the device. She also made a report at the police station within the mall itself, and the officer told her that her chances of getting the phone back were slim to none.

“People take already; they won’t give it back, la,” the officer allegedly told her. At this point, she was no longer optimistic and had accepted that she may not get her phone back. 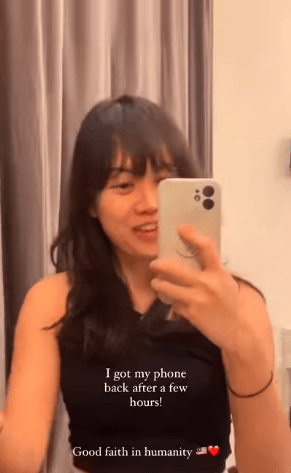 After going about her day for a couple of hours, Bella’s friend who was with her decided to call her phone, and someone picked up!

It turns out that the person on the other end of the line was a police officer, who said that someone dropped the phone at a police station near the mall. 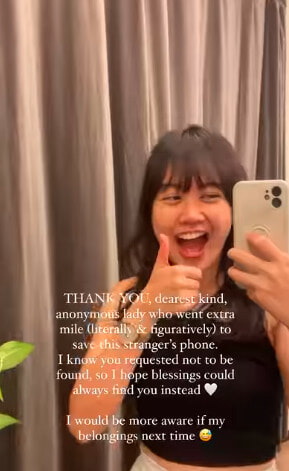 “Someone actually returned my phone! It was a very nice lady who didn’t disclose her name or her phone number. She just dropped the phone and then, yeah, made sure that the phone can be returned to me,”

“So it was very nice; I’m very thankful to the policemen there and this lady out there; thank you so much, I love you,” she shared.

It’s not an everyday occurrence that a lost phone is returned to its rightful owner in Malaysia. It is truly remarkable to see that honest and honourable people are willing to go the extra mile to do the right thing.

Kudos to the anonymous woman!

You can check out Bella’s videos here: 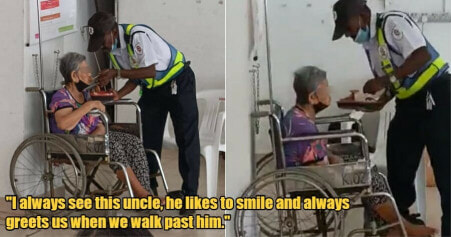