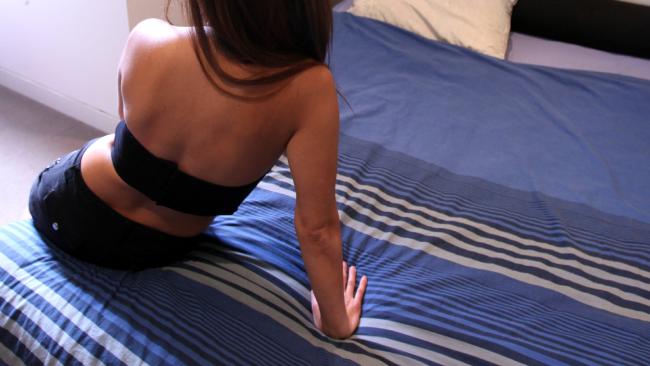 Examinations can be grueling, extremely stressful, and nerve-wrecking. We have heard about many, who have cracked under pressure, to the extend of even taking their own lives. It is said that, to deal with stress, it is up to how one manage them.

19-year old student from Kurla City in central Xinjiang, has literally taken the saying as it is. The teenager, Xiaojun was due to sit for the National College Entrance Examination a.k.a. “Gao Kao”. It was to be held in a span of 2-3 days.

Now everyone have their own way of dealing with or releasing stress. Some would gobble down pints of Baskin Robbins or food, some would stay in a strict regiment of sports, while others would find more creative ways to relieve themselves in the bedrooms. If you know what I mean.

For this stressed out student Xiaojun, apparently he was caught at an anti-vice raid at 3am on Tuesday. It was reported that police have stopped him after he was seen leaving the building in a suspicious manner.

“We stopped him and brought him to the room, and found a 35-year-old woman who admitted that she had sex with Xiaojun earlier”.

Xiaojun then admits that he had paid for the sexual services as a form to relieve stress from the coming examination.

Under normal circumstances, Xiaojun would have to be remanded for 13 days, but was released so that he could sit for the exam.

Let’s hope he did pretty well in that paper after all that ‘stress relief’.

Apparently similar cases of paying for sexual favors have been also on the rise among college and university students in Malaysia. Literally.

In other words, its designed for maximum stress relief.

I suppose that’s one way to get straight A’s.