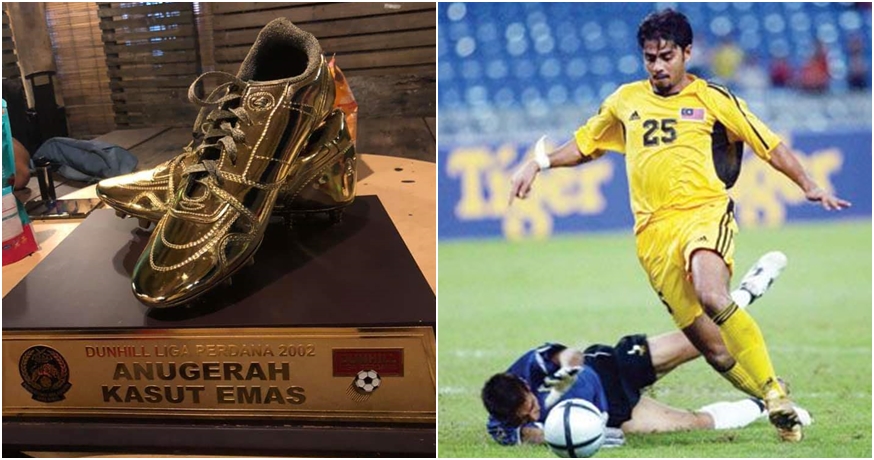 Desperate times call for desperate measures, as more and more Malaysians take to finding new avenues to survive the general economic downturn post-MCO. And this economic slowdown hasn’t spared those who boast illustrious careers, either. 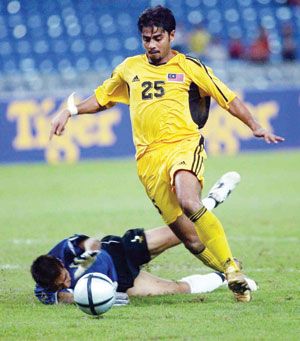 Khalid jamus in action during his heyday.

Just recently, it has been found that ex-national footballer Khalid Jamlus, who has represented our Malaysian national team previously and even competed for Malaysia in pre-Olympic games prior to the 2000 Olympic Games being disbanded, was selling off much of his own personal memorabilia over Facebook live. 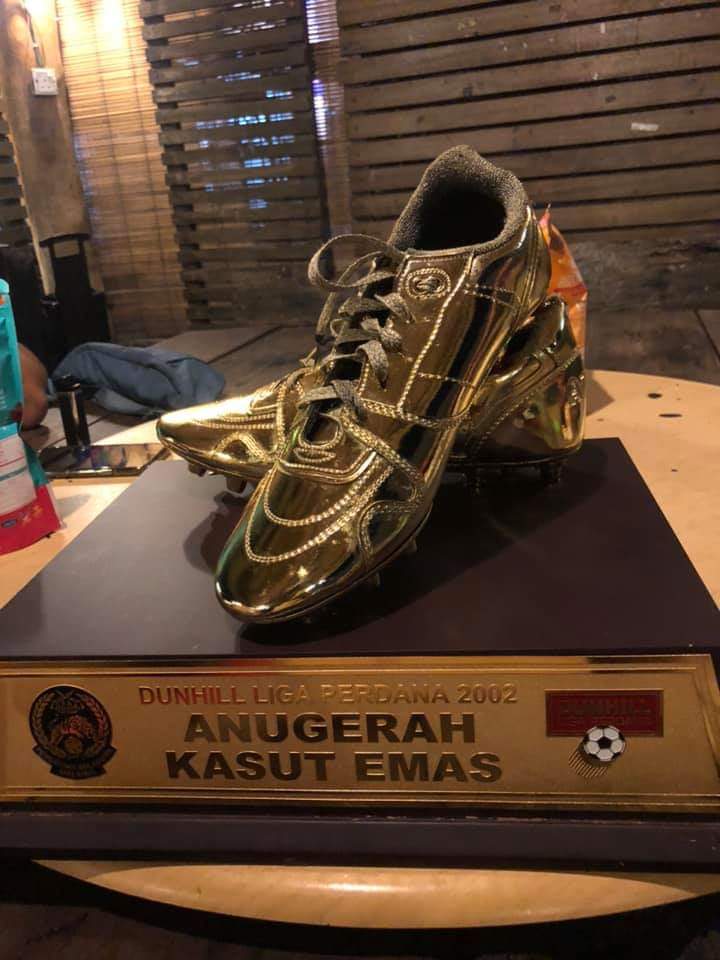 Khalid jamlus’s golden boot award, which he won in 2002.

Among the collectibles included medals, posters, and various other prizes that he has been awarded with over the years in competitive sport.

However, one thing caught the eye of many netizens: Khalid’s 2002 Golden Boot award, which was being sold for the whopping sum of RM 10,800.

The Golden Boot was awarded to Khalid for winning the 2002 M-League season for being a top scorer. According to Berita Harian, the decision to sell off so much of his own personal awards came about after the ex-national team player faced immense financial pressure in the past three years of being unemployed.

The story, which has gained much traction among Malaysians across the country, eventually reached the ears of our Deputy Youth and Sports Minister, Wan Ahmad Fayhsal Wan Ahmad Kamal, who reached out to the ex-football star requesting to meet him in person.

While it is unclear at this point in time as to what will be made out of the meeting, it definitely goes to show that through the power of community and the Internet, some incredible miracles truly can happen.

We hope that Mr Khalid will be able to find a way to endure the hardships that he faces now.