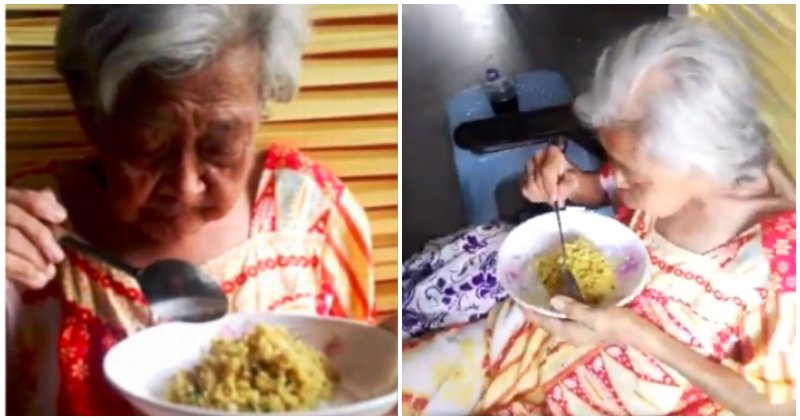 Malaysia is full of people in need, those who can’t feed or fend for themselves. Unfortunately, these people often times don’t get the help, or exposure they need, compared to other somewhat unnecessary yet heavily funded things.

One good example of this is a Nyonya Chinese aunty and her daughter who are both considerably old and no longer able to contribute to society. Unfortunately, due to their age and health issues, they’ve been rendered almost immobile, which means they can’t work for money or food.

As told by Ika (@nnshafika) in a now viral Twitter posting, who is also the upstairs neighbour to the elderly duo, she can often overhear them screaming out in hunger. Since she found out that they are unable to move around, she has made it her routine to bring them food on a daily basis as she is currently in between jobs.

She explains in her caption, “This Nyonya aunty stays with only her daughter. They’re both very old. No money or food. They’re Chinese so there’s not much help they can get from the government (though I’m not sure about this yet). So if there are kind people in and around Wangsa Maju Section 1, please do help with food and drinks.”

In the video, Ika can be seen carrying a plate of fried rice as she brings it downstairs to the starving Aunty and her daughter. The duo has gotten so attached to her to the point where they will sometimes specifically call out to her when they’re feeling starved, and she will immediately cook fried rice for them.

Ever since her video took Twitter by storm, many have reached out to her, wanting to donate dry foods to the starving duo. Ika also urged netizens to help provide simple meals such as fried noodles and chicken as she explains that they shouldn’t be eating just biscuits every day.

Not only did Ika provide them with the food they needed, but she also has managed to spread the word far enough that they’ll probably never have to scream out in hunger ever again.

Additional help is always welcomed! Anyone interested in assisting with anything at all can reach out to Ika on her Twitter, or drop by the address given above. Anyone having trouble finding the place can Waze ‘AB Corner Wangsa Maju’, which is the makan place by the roadside.

The Nyonya Aunty and her daughter were lucky enough to have a guardian angel in the form of a neighbour that helped them, but there are lots more unfortunate people out there that are still suffering.

Here’s to taking after Ika’s lead to help those in need. 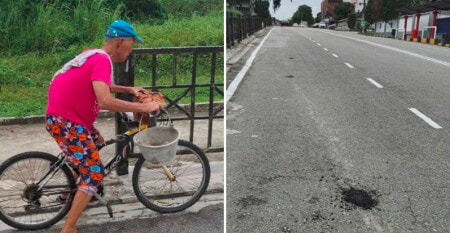