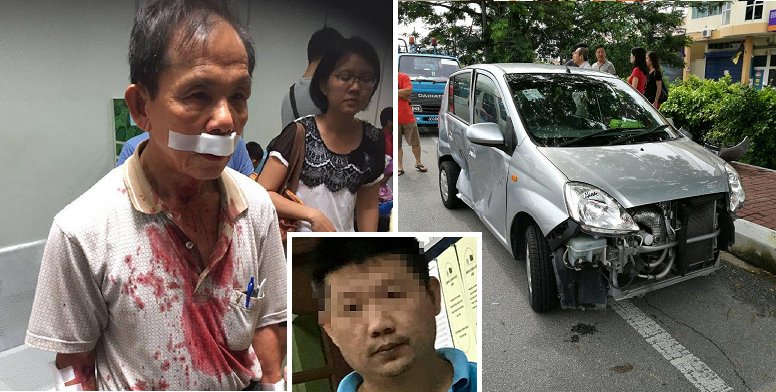 Yep, it’s as bad as it sounds. In a post that surfaced recently on Facebook, it was shown that an elderly man was brutally beaten up by a man.

According to a netizen, the battered looking elderly man below known as Khoo is a retired high-school teacher and also an avid photographer. The 76-year-old victim was driving down the street of Jalan Abdul Rahman situated in town of Muar when he got into a car accident.

The poor man subsequently got beaten up by the other party of the car accident to the point where he had to be sent to the hospital. 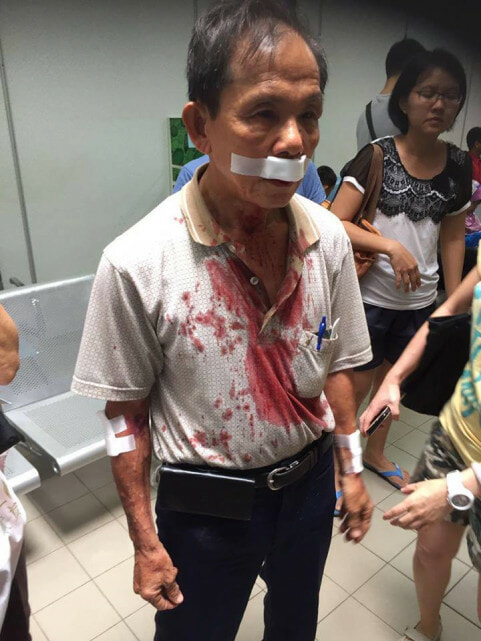 The elderly man who made a sudden U-turn caused another car to crash into him from behind.

Despite Khoo apologising, it didn’t stop the man from punching him in the face, reports The Star.

Multiple witnesses were present and one in particular came forward to describe the scene. It was said that immediately after the crash, the younger man who got enraged got down his vehicle and went to the victim’s vehicle. He then opened the victim’s car door and raised his fist at him.

The witness couldn’t believe the sight and described it as utterly preposterous. 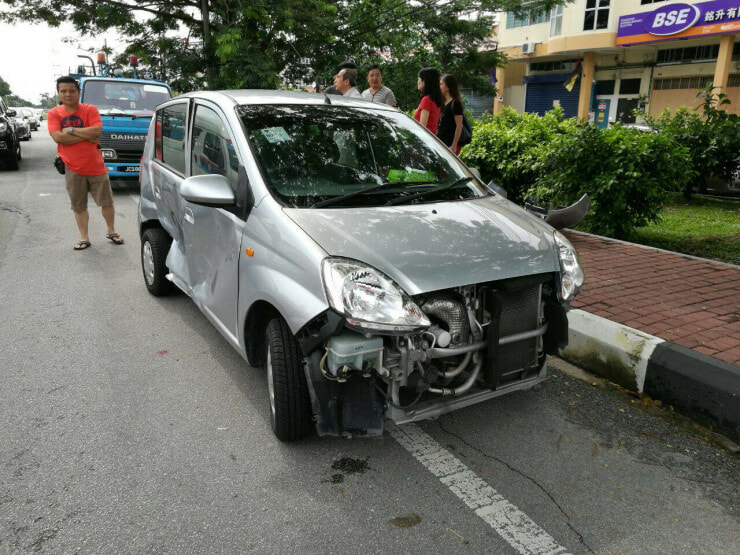 Below is a picture of the victim’s car which could be seen being badly damaged and heavily dented on the driver’s door. The front bumper is also damaged and detached from the car due to the immense impact of the crash.

The car of the accused party which could be seen to be severely damaged as well. 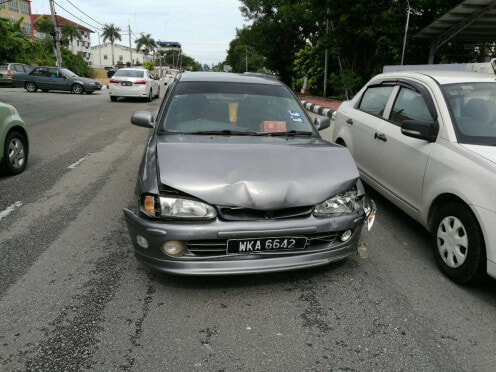 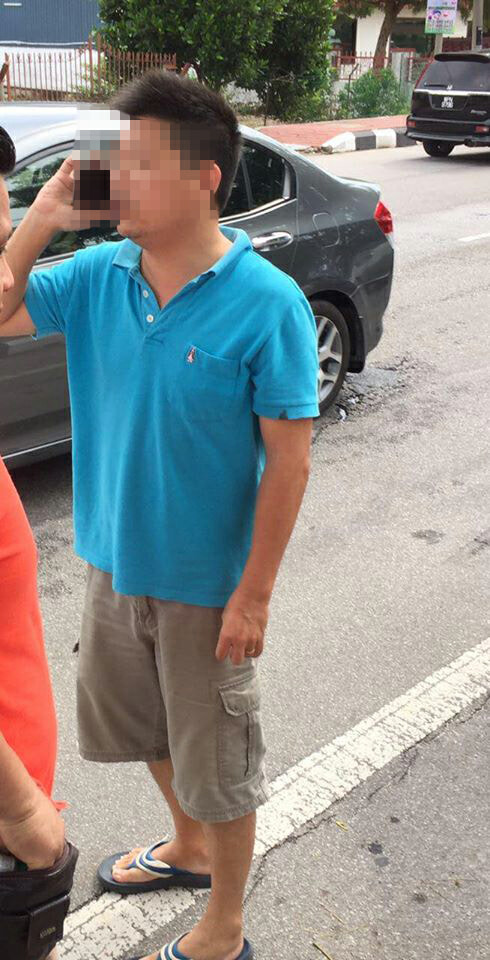 Malaysians who read the news were enraged, expressing their concern for the old man as well as absurdity of the younger male.

“How could anyone have the heart to hit an old man like that?” one wrote.

“If it was an accident, then just claim insurance. Why have to beat up someone so brutally? He’s a senior citizen man!” another commented. 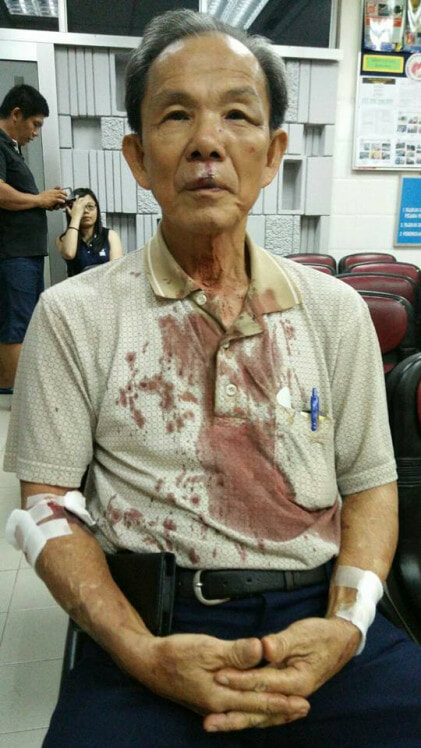 The victim who was bleeding profusely had almost twenty stitches on his upper lip.

It was mentioned that the man who’s in his 40s later apologised to Khoo and his family. However, a police report has already been filed.