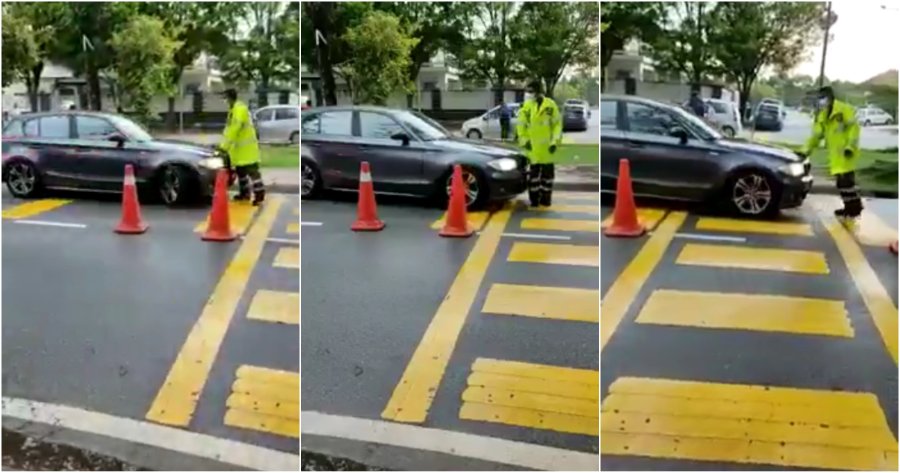 The good intentions of a People’s Volunteer Corps (RELA) officer were rewarded with inappropriate actions when he was pushed and hit with a luxury car by its driver who had turned into a one-way road.

According to Kosmo!, the incident happened when the RELA member was controlling traffic in front of a secondary school in Kota Kemuning at around 5.20pm yesterday (6 May).

Based on the video, the RELA member noticed that the luxury car driver had turned into the one-way street and stood in their path in an effort to stop the car from using the road.

The road was apparently turned into a one-way street during peak hours to ensure the students’ safeties when leaving the school compound.

The dedicated RELA member refused to budge even when the driver tried to go around him. Hence, the driver decided to use his vehicle to push the RELA officer out of the way.

“Did they (luxury car driver) run over his (RELA member) foot?” someone could be heard asking in the video. 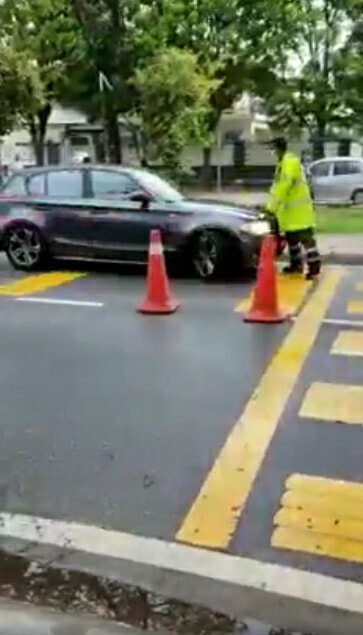 The Shah Alam district Police Chief, Assistant Commissioner Baharudin Mat Taib has since confirmed that they have received a report from the RELA member.

“Both parties will be called to the District Police Headquarters (IPD) to have their statements recorded and for further investigation,” he said.

We genuinely hope that the authorities take action against the luxury car driver who clearly couldn’t be bothered to follow road rules, especially in front of a school zone.

Kudos, RELA officer, for standing up against road bullies like these.

You can watch the disappointing video here.

Also read: M’sian Lawyer Explains Why Some Get Compounded Directly While Others Are Put Under Investigation 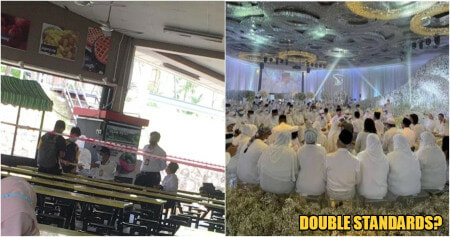