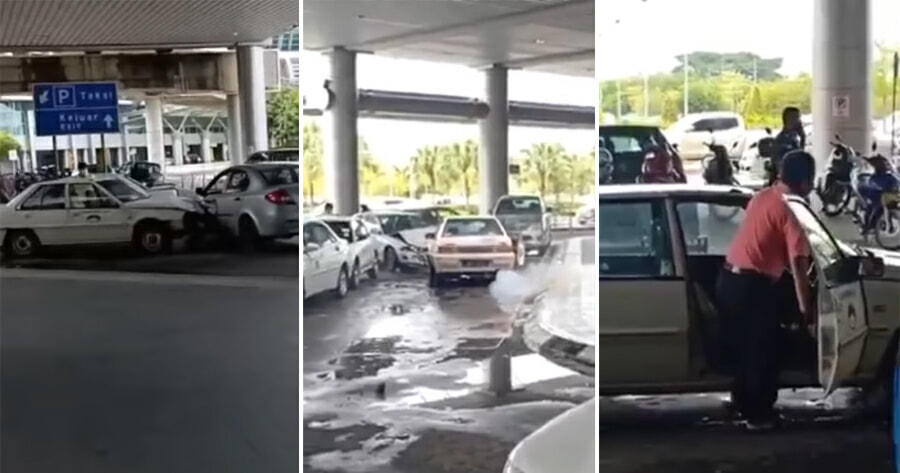 If you’ve played Grand Theft Auto (GTA) before, you’d know that one of the best parts about the game is getting to randomly cause chaos by stealing vehicles and ramming them into other objects. Of course, nobody would actually do this in real life. At least that’s what we thought…

Recently, an airport limo driver was seen recklessly crashing into several vehicles as if he was playing the action-adventure game, GTA, in real life!

According to Harian Metro, the incident happened at about 1pm on 19 July at the Kota Kinabalu International Airport (KKIA).

Videos of the incident circulated on social media, showing the man in his 60s in an old Proton Saga ramming and reversing into other parked vehicles repeatedly as bystanders watched cautiously.

The cars were severely damaged as the man continued to create havoc at the airport. At one point in time, the man in a pink shirt could be seen getting out of his car and lying on the ground before getting up again.

It is believed that the man was angered by a fellow airport limo driver who had cut queue while waiting for customers at the airport.

Thankfully, no one was harmed during the incident.

Meanwhile, Kota Kinabalu Acting District Police Chief Superintendent George Abd Rakman confirmed the incident when contacted. He said investigations are being conducted to identify the cause of the incident, after which further action will be taken.