A driver was caught speeding off in an attempt to escape a roadblock after being stopped by the police on Saturday (12 June). The incident took place at KM47.8 on the Damansara-Puchong Highway.

A video posted on Facebook shows a Toyota Lexus being pulled over by the police when he decides to accelerate and almost knocks a police officer on duty.

However, the driver surrendered himself to the police the next day at the Sepang Traffic Police Station, reported Sinar Harian.

“The man came to the Sepang Traffic Station at about 6.30pm and interrogation found that during the incident, the vehicle was driven by his 21-year-old brother,” he said.

He added that the driver did not stop during the inspection because his driving licence had expired.

“The younger brother then surrendered himself at the Sepang Traffic Station at about 8pm. The results of the urine test came out negative for drugs. The investigation paper will be referred to the Deputy Public Prosecutor for further instructions,” he said.

Meanwhile, the case is being investigated according to Section 78 (2) of the Road Transport Act 1987. 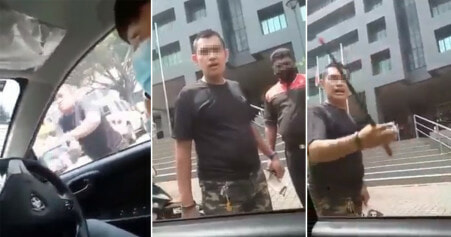