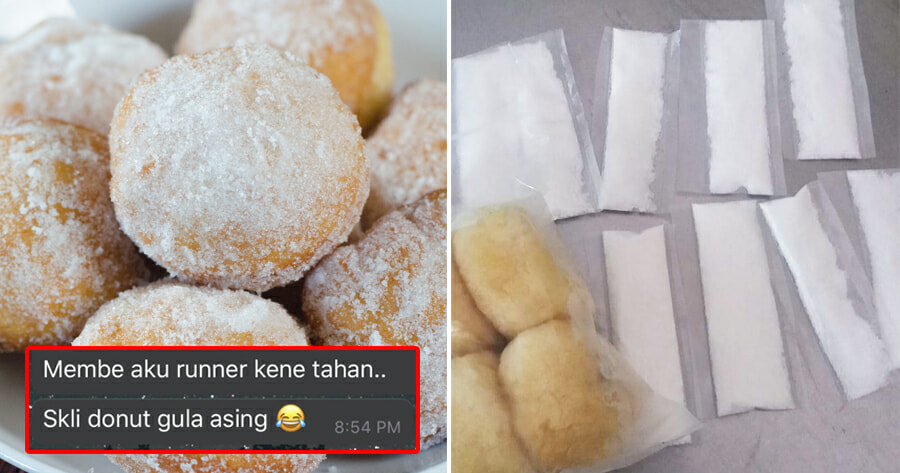 No on can deny that having freshly baked donuts with some icing sugar sprinkled over the top is just scrumdiddlyumptious, but not so if you were to pack a bunch to go and the sugar starts melting on the donuts.

Well, someone actually ordered some donuts with icing sugar, but requested that the sugar be packet separately from the donuts. Little did they know that they would get their delivery guy into trouble!

This is how the shop packed the sugar. 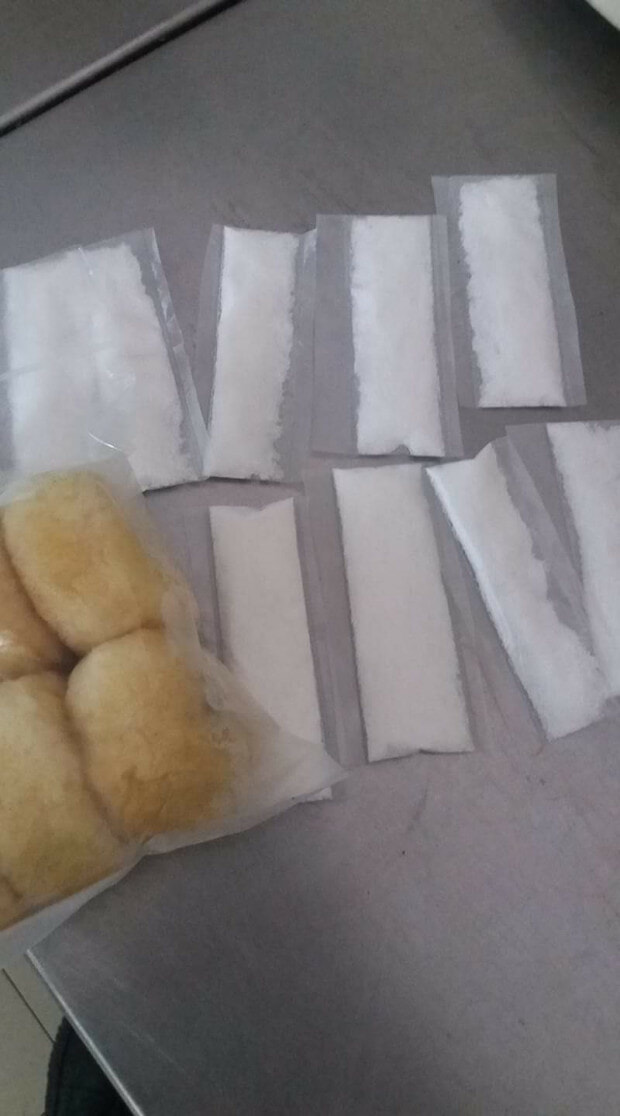 Are you thinking what I’m thinking it looks like?

Twitter user, @HassrayMohamad, posted about the alleged incident that has since gone viral and garnered 38,100 retweets and 28,100 likes. In his post, the delivery guy was stopped by the police who suspected that he might be carrying drugs after seeing the packets contained “white powder”.

According to the WhatsApp conversation, the police officer allegedly had asked the rider to open the packet and taste if it was really sugar, but because the rider was fasting, he couldn’t.

Luckily, there was an Indian corporal who tasted it for them. The corporal said he he were to feel dizzy, he would even threaten to shoot.

Can you imagine the panic the rider must’ve felt? Luckily, it really was just icing sugar!

It’s not confirmed yet as well whether this incident indeed took place. But for what it’s worth, it’s definitely amusing and will brighten anyone’s day! 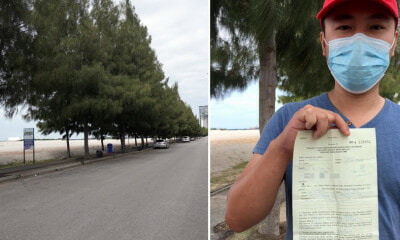 A 29-year-old deliveryman who was waiting in his car for orders at a restaurant was fined RM1,000 for waiting around...